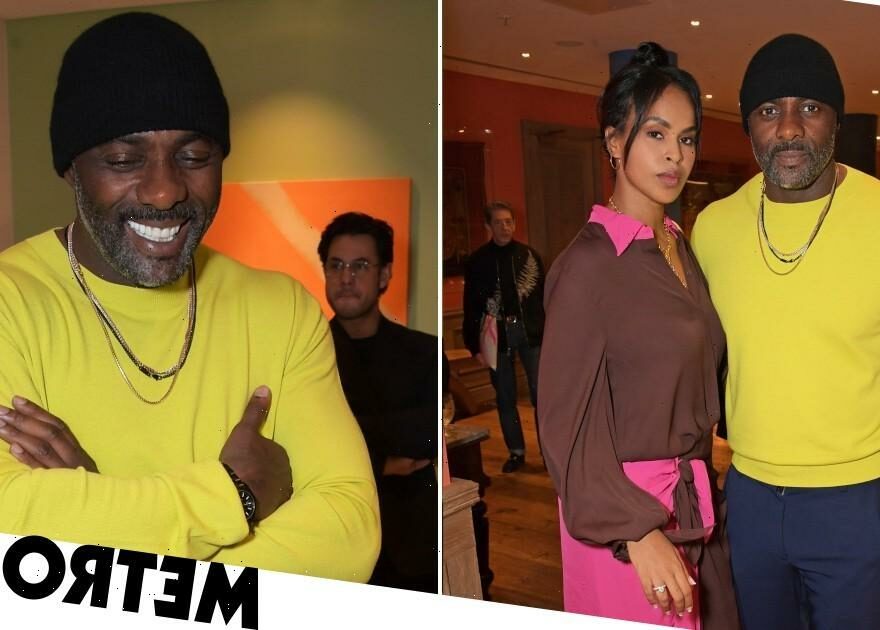 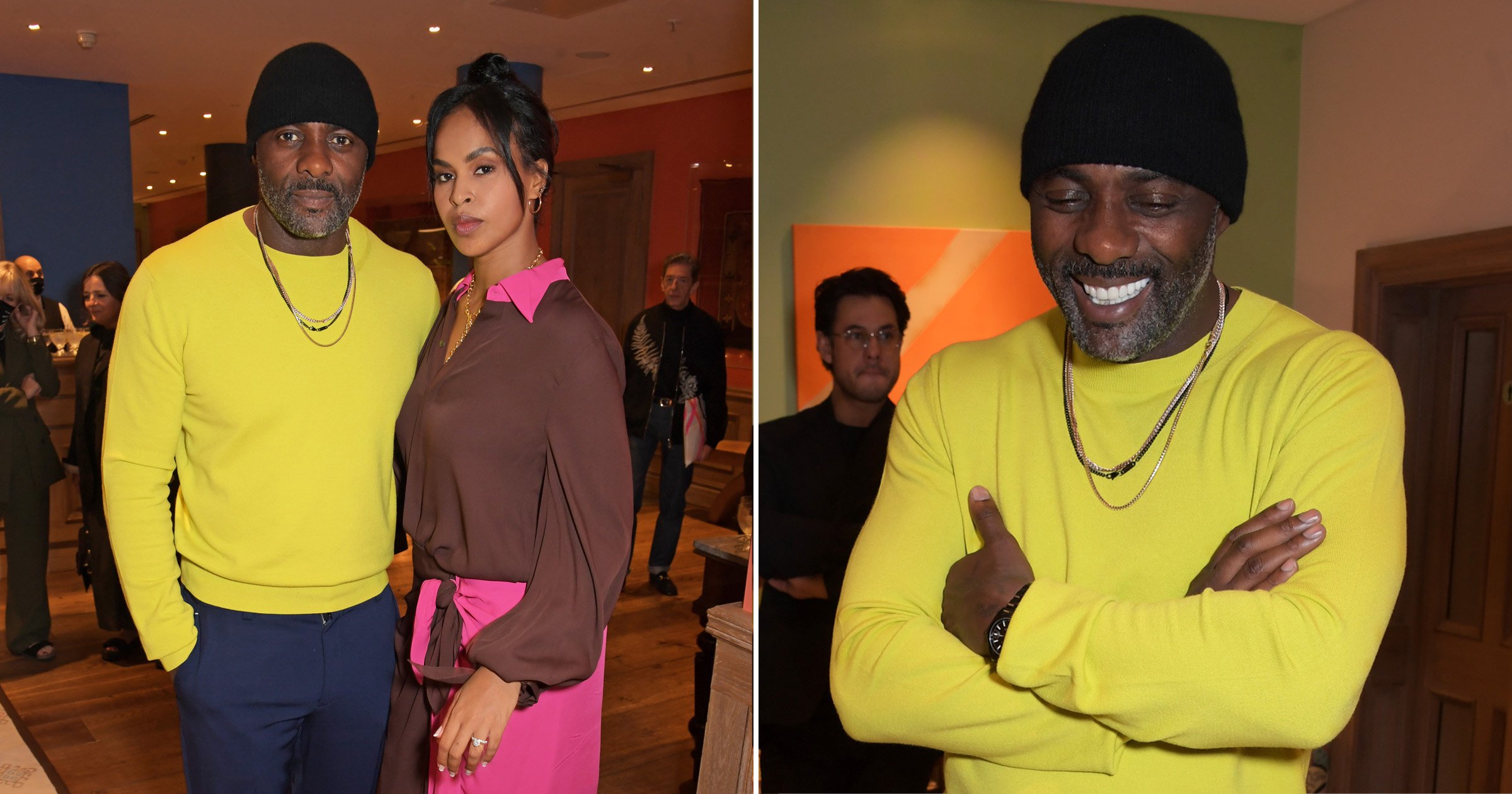 Idris Elba and his wife Sabrina Dhowre Elba looked every inch the glamorous couple for London Fashion Week as they attended a Roland Mouret film event together on Sunday.

Dressed in a neon yellow jumper, sharp blue trousers with an ankle turn-up and brown slip-on shoes, 49-year-old Idris looked effortlessly cool as he accessorised his outfit with a black beanie hat and gold and black chains around his neck.

His 32-year-old model wife looked stunning in a silky brown and bright pink shirt dress with a tie waist and billowing sleeves.

She paired her dress with some nude-coloured strappy stiletto heels, gold hoop earrings and a statement gold chain necklace.

The couple, who married in April 2019 in Morocco, posed for photographers inside the event and were also snapped outside, as they walked hand in hand.

Luther star Idris was caught beaming in one photo, as he looked away from the camera, while he also posed with his arm around magazine editor Edward Enniful, who wore a navy suit, white shirt, black bucket hat and sunglasses.

It was announced on Monday that the actor and DJ will be joined by Andy Serkis and Cynthia Erivo for the upcoming Luther film, which starts filming for Netflix and the BBC this month.

The feature-length film, which Netflix described as ‘an epic continuation of the Luther saga reimagined for film’, will see Harriet star Cynthia, 34, as a rival detective while Andy, 57, best known as Gollum in The Lord Of The Rings trilogy, has been cast as the villain, according to The Hollywood Reporter.

Idris, who has described himself as ‘so excited’ for Luther’s return, will be producing the project alongside series creator and writer Neil Cross.