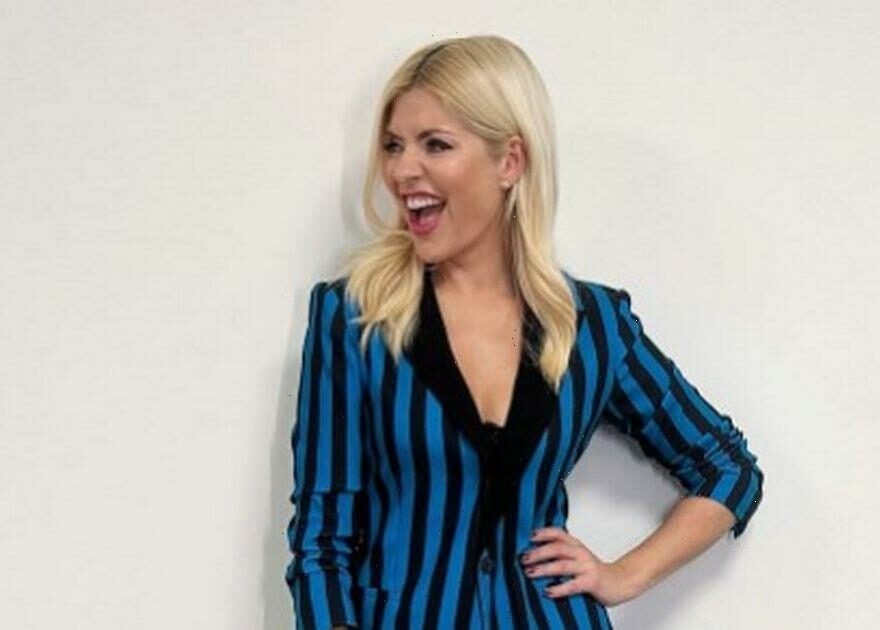 It's been years since she last appeared on Celebrity Juice, but Holly Willoughby will soon be back on the panel together for the show's last ever episode.

Since bulldozing its way on to our screens in 2008, Celebrity Juice has provided some of the funniest and anarchic moments on British television in recent years.

Holly and Fearne Cotton were the show's original team captains from 2008 until 2020, when Laura Whitmore and Emily Atack took up the roles – with inimitable host Keith Lemon, presenting the show since its inception.

The pair haven't been together on the panel for over two years now, but Holly and Fearne are set to make an epic comeback for the final episode of the show.

Holly posted a photo posing in a blue and black striped suit by fashion brand Alice and Olivia in a way to honour host Keith Lemon for the filming of the last episode.

She captioned the photo: "With a heavy heart it’s time to say goodbye and thank you to @celebjuiceofficial … The final farewell outfit and it’s a nod to the legend that is @keithlemon … oosh… love you."

Celebrity Juice: The Happy Ending will see Holly and Fearne alongside current team leaders Emily Atack and Laura Whitmore to see the show go out with a bang.

Holly and Fearne were the original team captains from the show's inception in 2008 until 2018 and 2020, respectively. Cotton was replaced by Paddy McGuinness and then Mel B until former Love Island host Laura Whitmore took over in 2020.

Holly was replaced by I'm a Celebrity alum Emily Atack. But both of the original captains will now return for Celebrity Juice: The Happy Ending, which is the show's final ever episode and will air on Thursday, December 8.

Keith Lemon will host the show as usual while there are several celebrities who have been confirmed to take part: Maya Jama, Big Narstie, Chris Ramsey, Will Mellor, Johnny Vegas, and Joey Essex.

Lemon, whose real name is Leigh Francis, said: “I’ve already said this, but it’s been the best party ever. But, as always, there comes a point when the party has to end. It’s been the most ace times and we’re gonna go out with a bang… tidy!”

He wrote on Instagram that the show had seen 308 episodes over 26 series, with the last two episodes filmed on Monday. The final episode will see a host of familiar faces return to play some of the show’s most popular games, with a few additional surprises for viewers.