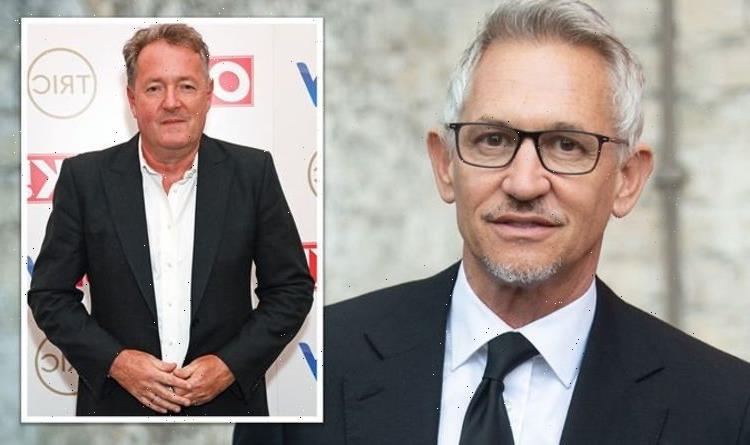 Gary Lineker, 60, mocked his pal Piers Morgan on Twitter today. The sports pundit pointed out that James Bond is a fictional character after the former Good Morning Britain host blasted “woke warriors” who have suggested that the next person to portray the famous spy should be a woman.

Current James Bond actor Daniel Craig, 53, made his last appearance as 007 in the new release No Time To Die, sparking much debate over who will replace him.

Luther actor Idris Elba, Outlander’s Sam Heughan, and Bridgerton star Rege-Jean Page are just some of the names in the running to be the next Bond, according to bookies’ odds.

However, there have also been calls to make the character a woman, following the appointment of Jodie Whittaker as the first female Doctor Who.

“James Bond is about the last real man standing in Hollywood and if the woke warriors dare make him a woman I’m going to campaign for Wonder Woman to be a man,” he wrote online, in view of his eight million followers.

“Spoiler: He’s not a real man,” Gary hit back, while sharing the post on his own account.

In his column for the Daily Mail, Piers said it would be “utterly preposterous to see James Bond turn into Jane Bond”.

“I’ll fight until the last drop of my blood to save him from the woke wastrels,” he went on to add.

Many took to the comments section of Gary’s post to wade in on the discussion.

“You can make 007 a woman. But you can’t make James Bond a woman,” Twitter user rs_sangha remarked.

“How about James Bond stays a man and a new film/character is made in the ilk of James Bond but with a woman protagonist.

Sharing a similar sentiment, user Cian_1997 added: “Daniel Craig hit the nail on the head, why debate whether an existing male character should be a female when you can create new characters of similar importance to be female to begin with.”

Daniel landed the coveted role of James Bond in 2005 and made his first outing as Ian Fleming’s leading man in Casino Royale the following year.

He is the fifth actor to portray the character since the first Bond film was released back in 1962.

When asked for his thoughts on the matter earlier this year, Daniel told Radio Times: “There should simply be better parts for women and actors of colour.

“Why should a woman play James Bond when there should be a part just as good as James Bond, but for a woman?”