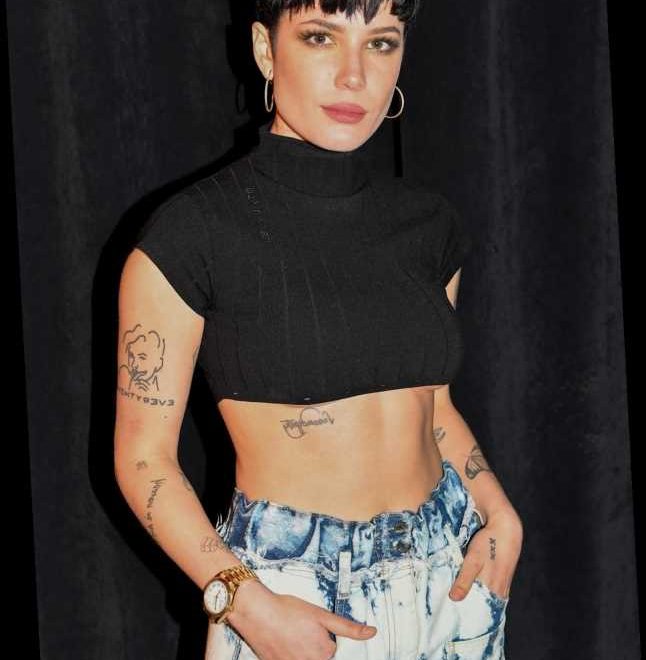 Surprise! Halsey announced she’s pregnant on Jan. 27 and fans are losing it over the news. The singer took to Instagram to make the big announcement, and it’s safe to say the shock factor hit fans full force. Halsey’s pregnancy announcement Instagram has her fans in literal (happy) tears.

Halsey shared a drop-dead-gorgeous to the gram revealing her growing baby bump. While she kept her caption short and sweet, she made it very clear she has a bun in the oven. "Surprise," she wrote along with a baby bottle emoji. The slideshow post featured three photos in total, with the last two showing her embracing her pregnancy body while topless.

Halsey has been noticeably quiet about her love life in recent months, but she appeared to tag the baby’s father in the post. The man, Alev Aydin, is a writer and producer in Los Angeles. He also reposted the pregnancy announcement to his Instagram story with two heart emojis.

You can see Halsey’s pregnancy announcement post for yourself below.

The photographer who took the pop star’s pregnancy announcement photo confirmed the news as well. "@iamhalsey you’re gonna be a great mother – thank you for letting me document this moment," he wrote in an Instagram of his own.

The news may seem a bit out of the blue, but Halsey and her beau have actually been spending time together since the fall. In October, they were photographed out while purchasing art supplies at their local Blick store.

Halsey has been candid about her desire to have kids as well as her struggles with endometriosis. In April 2018, she spoke out about freezing her eggs. “Doing ovarian reserve is important for me, because I’m fortunate enough to have that as an option, and I need to be aggressive about protecting my fertility [and] about protecting myself,” Halsey said during an appearance on The Doctors.