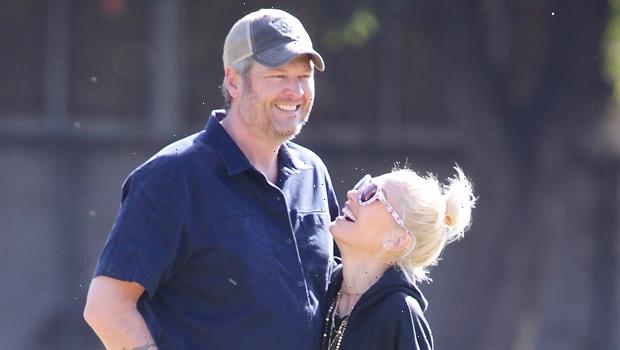 Gwen Stefani channelled her man Blake Shelton while cleaning out his closet. She shared a snap of herself rocking one of his iconic flannel shirts.

Gwen Stefani was serving some serious country vibes when she dressed up like her husband-to-be, The Voice star Blake Shelton. The singer, 51, shared a series of snaps on her IG story on May 23, which showed her trying on a blue and orange flannel from her man’s side of the closet. “Cleaning out @blakeshelton closet,” she captioned one selfie, which saw her wearing one of his go-to flannel tops. “We’re for sure keeping this shirt,” she told the camera with a smile. They say long term couples start to resemble each other, right?

The engaged couple first met while filming The Voice, and Blake opened up during the show’s May 3, 10-year anniversary special. “People ask me all the time, ‘What’s the greatest thing that’s happened to you since you’ve been on The Voice?’” Blake explained. “That’s a no brainer, right? I met my fiancee here!”

The country crooner has been a coach on The Voice since its very first season in 2011, and Gwen made her debut on the show during season 7 in 2014. At the time, the pair were both with other people: the “Sweet Escape” singer was married to Gavin Rossdale and Blake was married to Miranda Lambert. However, when Gwen came back for season 9 in 2015, they each found themselves single. He explained that they connected on a deeper level while dealing with their recent break ups, and they quietly started dating. 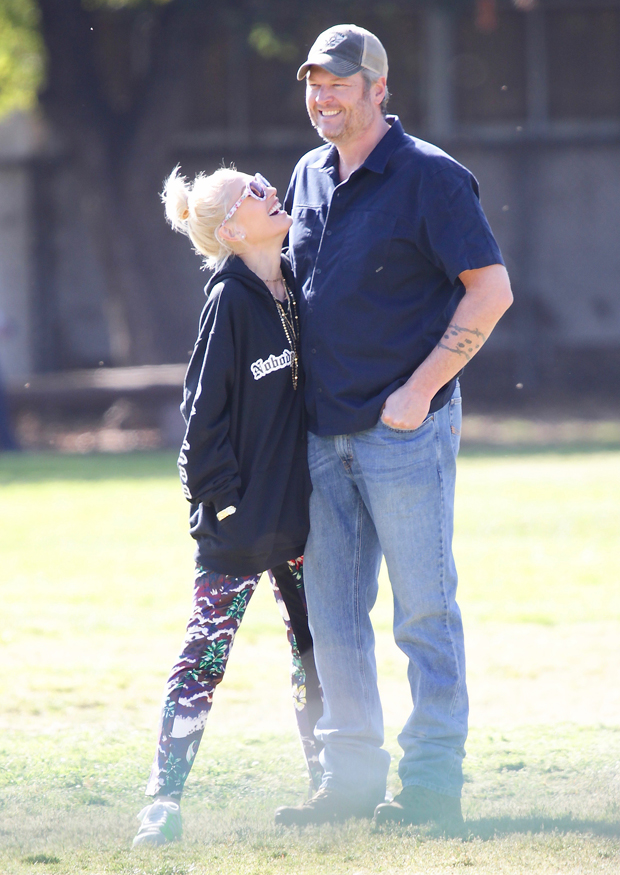 “If you told me back in 1996 that Gwen Stefani was going to be my girlfriend, I would have laughed you out of the room,” Blake said during the anniversary special. “I would have thought you were crazy. Saying it right now, I almost bust out laughing, that’s how ridiculous it is.”

Blake officially popped the question to Gwen in October 2020 after five years of dating. Although they haven’t revealed their wedding date yet, Gwen recently said that she and her man were planning a “simple wedding”. “It’s gonna be, like, my mom and my dad, and like, just literally going to be family,” she explained. “We are looking forward to that, though. It’s going to be fun. We’re going to make it really fun, but it’s not going to be a big, like — you know, it’s not like the king and queen are getting married or something!”