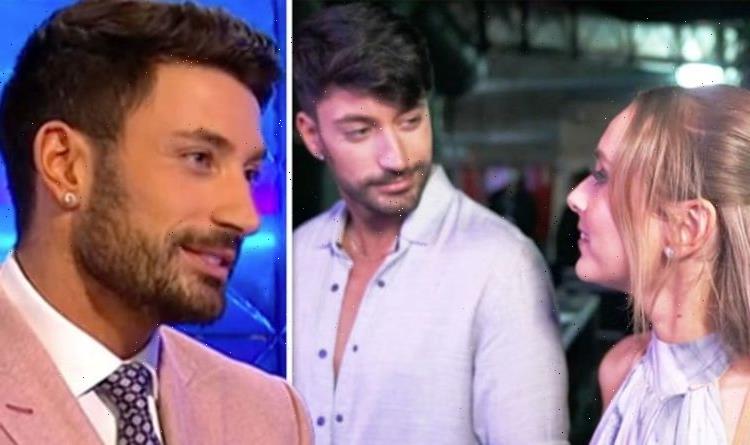 Strictly Come Dancing professional Giovanni Pernice, 31, has spoken out after being inundated with comments on social media from viewers who have noticed a “change” in him due to his partnership with Rose Ayling-Ellis, 27. The Italian dancer revealed that although he’s unsure whether the claims are entirely true, he has noticed a positive difference in how he feels while working with the EastEnders actress.

“I feel that with Rose, I have a person I can talk to, and she can listen to me, and give me positivity.

Giovanni went on to admit to this week’s Radio Times that he was secretly hoping to be paired up with Rose from the beginning of this year’s series.

He said: “She was the one I wanted to dance with from the beginning.”

Rose agreed, adding in their joint interview: “I had a gut feeling you were going to be a good partner for me because in the deaf community, we’re really, really expressive.

“We are very direct. And you’re direct.

“Also, you’ve got a record of being in the final so many times, and of turning a bad dancer into a good dancer, which you’ve done with me, hopefully!”

It comes after a source claimed heartthrob Giovanni is a “changed man”, as Rose is “not taken in by his charms” on this year’s series of the show.

Rose is Strictly’s first deaf contestant and, after being partnered with the Sicilian native, has gone from strength to strength over the course of the dance programme.

The source said: “Giovanni has really changed since meeting Rose, and for the better.

“He’s seen the obstacles Rose has had to face in life and he’s just in awe of her.

“She’s one of the first women who he’s met who’s not taken in by his charms, and she isn’t afraid to challenge him or take the p**s out of him, which he loves,” they told Heat magazine.

Giovanni’s former Strictly co-star Kevin Clifton has also admitted to noticing a transformation in the dancer.

Kevin said in his self-titled podcast: “Normally I see in Giovanni that he is trying so hard to win, not that that is a bad thing.

“But I feel like this year it’s not like he is just desperate to win, I think he is genuinely enjoying the process, he is enjoying dancing with Rose.

“I can hear in the things he is saying and his general demeanour, he seems a lot calmer, I think she has had a great effect on him.”

Giovanni and Rose frequently feature each other on their social channels, displaying their good-natured relationship.

Rose has been with her long-term boyfriend Samuel Arnold for the last seven years.

Last month, Giovanni broke his silence after splitting from his Love Island girlfriend Maura Higgins, explaining that the relationship had come to a “natural end”.