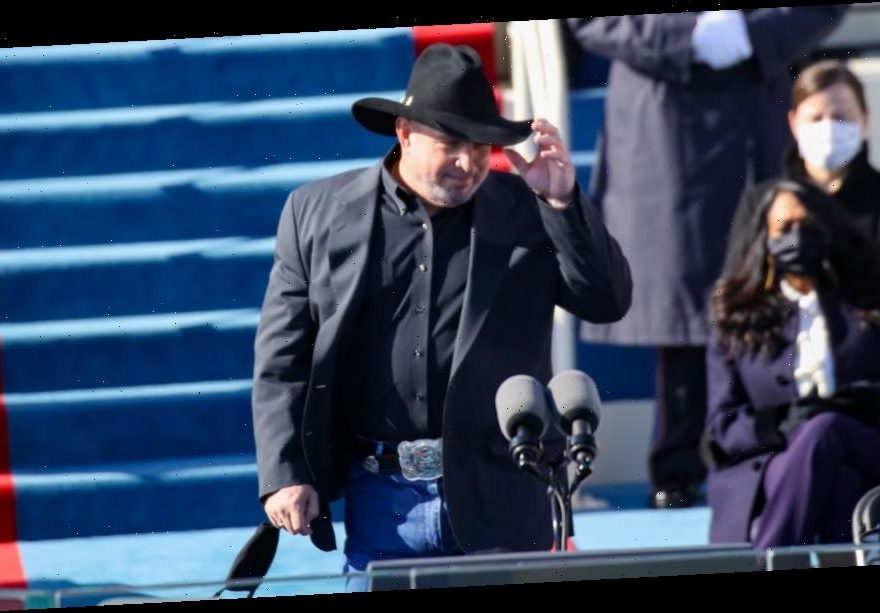 Country music star Garth Brooks made an appearance at the inauguration of President Joe Biden and Vice President Kamala Harris. The 58-year-old crooner performed a rendition of “Amazing Grace” and encouraged everyone to sing the last verse with him as a sign of unity. However, many questioned not only his appearance at the historic swearing-in ceremony, but also his fashion choice. Brooks donned a black blazer and jeans, which many of his fans thought was a bit inappropriate for the occasion.

Fans expressed their thoughts on Twitter. “If Garth Brooks can wear jeans to the inauguration I can wear leggings to work after COVID,” one woman tweeted. Comedian Maz Jobrani chimed in, tweeting, “If I wore jeans to the Inauguration, my immigrant mother would smack me upside the head!” Another fan blamed the fashion choice on his roots. “Garth brooks wearing jeans at the inauguration is one of the most Oklahoman things I’ve ever seen,” he tweeted. Another fan co-signed on his Oklahoman roots for styling. “Garth Brooks really showed up in jeans to the inauguration. Blame it all on his roots he showed up in boots and ruined their black tie affair,” she shared.

﻿"﻿This is not a political statement, this is statement of unity…"

Meanwhile, other folks are having a nonchalant approach to Brooks’ outfit. One fan shared, “Garth Brooks woke up this morning and decided on jeans for the inauguration.” But just as there are critiques, there is an equal amount of praise. Some Brooks fans are calling the “Friends In Low Places” singer’s attire “boss moves.”  One woman tweeted her approval, saying, “[G]arth brooks wearing jeans to the presidential inauguration is big boss energy and that’s how I’m rolling in 2021.”

Despite the fashion and political criticism of his appearance, Brooks said of his performance at the inauguration, “This is not a political statement, this is statement of unity,” he told reporters prior to his performance, according to Entertainment Tonight. “This is kind of how I get to serve this country,” he told reporters a few days prior. “…This is an honor for me to get to serve… and it’s one of the things that, if my family is around, no matter who the president-elect is, it’s an honor to be asked.”