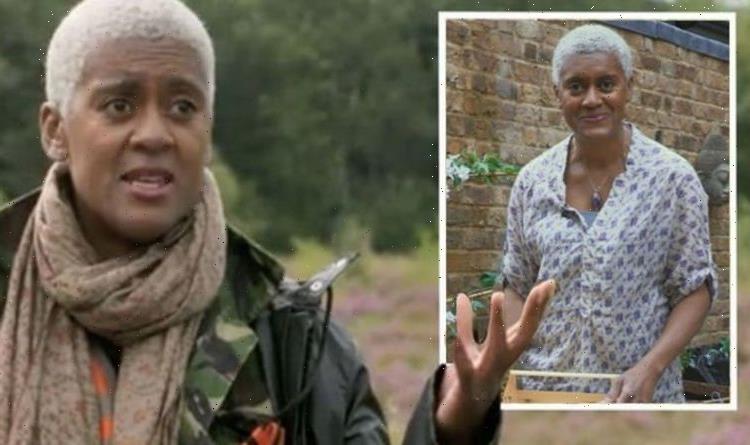 Arit Anderson, 52, had a long and varied career before she found her calling in horticulture, something she was sceptical about branching into. She started out as a pharmaceutical technician, but soon changed her mind despite loving working in science.

The gardening came so late and it felt odd, because at 44, I was surrounded by people with 30-plus years’ experience

Arit then worked her way up the ladder in retail fashion, delving into holistic therapies and, for a time, took up event management.

But when she bought her first house in her early 40s after years of living in flats with no green spaces, she finally had a garden to attend to, and this became a turning point in her life and career.

In a new interview, the Gardeners’ World presenter spoke out about her concerns about move into gardening, admitting it was a little daunting at first.

“It was a lot of grass, three skinny borders and a shed,” she recalled her first garden.

“I thought, ‘Oh, my sister [who’s a gardener] will come and do it, and I’ll just come home and have a glass of wine!'”

But being outside with a patch of land to call her own, Arit couldn’t resist the urge to get started.

Even her sister was surprised by her progress when she visited.

Arit revealed she wanted to leave fashion before she was 50, so in 2012 when she turned 44, she started a garden design course at an environmental college in north London, Capel Manor.

Of course she had doubts about leaving behind her successful career for something totally new, but she admitted she soon felt “really empowered” by learning about horticulture.

“The gardening came so late and it felt odd because at 44, I was surrounded by people with 30-plus years’ experience,” she told Radio Times.

“It was weird being an old/young, newbie.

“It’s an overwhelming subject, which on the one hand is really disempowering, because you think, ‘Oh my God, I’m never going to know anything’.

“On the other hand, it’s really empowering, because you think, ‘Great, I can spend the rest of my days learning and never having a dull day.'”

But however daunting it may have been, it isn’t a move she’s going to regret any time soon.

After mastering her skills in the garden, Arit had success relatively quickly.

In 2013, she won an RHS Fresh Talent award at Chelsea.

This was the turning point in her gardening career, as the televised ceremony gave her the confidence to apply to present Gardeners’ World.

In 2017, she joined its on-screen team and the following year saw her also featured on Garden Rescue.