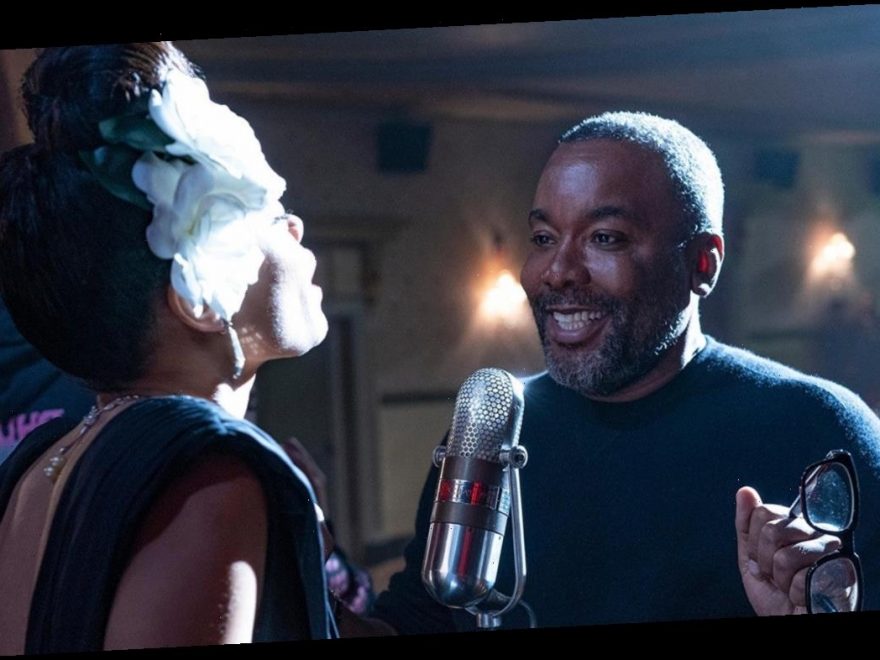 “I would’ve never known that I could have come this far. I dared to dream,” Lee Daniels tells ET’s Nischelle Turner as the game-changing filmmaker looks back on his career in Hollywood, which includes directing Oprah Winfrey in The Butler as well as helming The United States v. Billie Holiday, the first major biopic about the legendary jazz singer since 1972’s Lady Sings the Blues.

Starring singer Andra Day, the film recounts the unapologetic icon’s fierce battle with the federal government, which targeted her in its escalating war on drugs and tried to stop her from singing the controversial ballad, “Strange Fruit,” which protested against the lynching of Black Americans.

Ahead of its Friday release on Hulu, it has already garnered considerable awards season attention as well as two Golden Globe nominations for Best Actress in a Motion Picture — Drama and Best Original Song for “Tigress and Tweed,” a record Day and Raphael Saadiq wrote for the film.

“I loved making this movie,” Daniels says. “I was able to tell a part of history and give voice to a woman that we only know for her songs. We don’t know her as a hero — and I didn’t know she was a hero. She was out in the streets, fighting for that song to be sung and for us to hear it.” 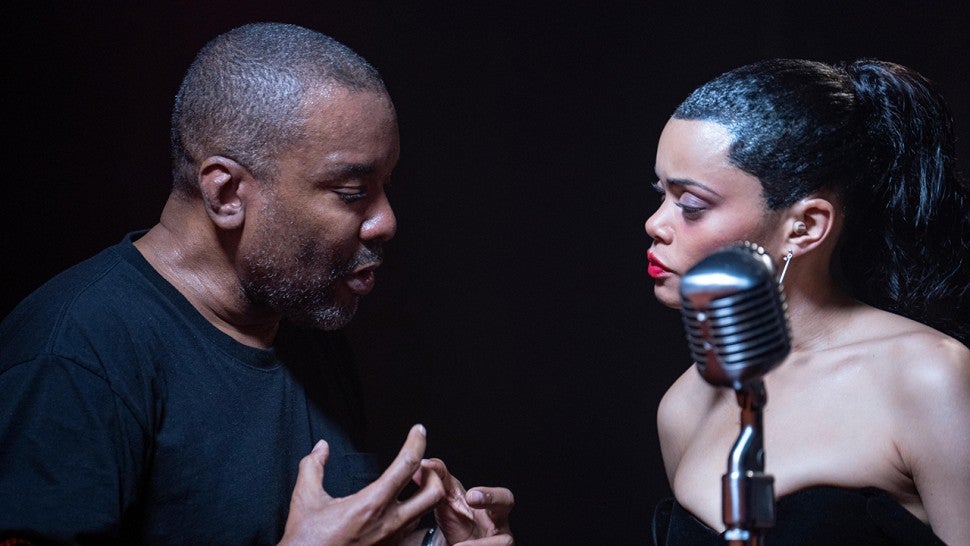 The film, his fifth feature as director, is also something of a full-circle moment for Daniels, who was a teenager when Lady Sings the Blues, starring Diana Ross as Holiday opposite Billy Dee Williams and Richard Pryor, was first released in theaters. “It was beautiful, Black love for the first time ever,” he says, before recalling being “swept away” by the whole experience.

“What [producer] Berry Gordy and [screenwriter] Suzanne de Passe did in the streets of Harlem, with the fashion, and the glamour, and the music, and the food. I’d never seen a group of Black people together like that,” he adds. (Coincidentally, Daniels’ take also stars Ross’ son, Evan.)

Arriving in Hollywood from Missouri with no more than a few dollars in his pocket and homeless in the 1980s, Daniels worked his way up from being a nurse during the AIDS/HIV epidemic to casting director and manager, briefly working with Wes Bentley when he was cast in American Beauty.

“I just think all of that makes for my understanding of the human condition,” Daniels says. “If you look into someone’s eyes that’s dying, and you are homeless and you just experience adversity in a very primal way, then you know the truth when you’re in front of that.”

During that time, he studied up on directing and took advantage of being on sets to learn as much as he could about the technical side of productions. And despite facing adversity and pushback for being an out gay, Black man (“It was very, very difficult. I didn’t know that I was in a lane all by myself,” he says), the filmmaker then went on to produce Monster’s Ball, which earned Halle Berry an Oscar for Best Actress, and The Woodsman.

He eventually broke out as a director with 2005’s Shadowboxer, starring Helen Mirren and Cuba Gooding Jr., with each project that followed — Precious, Paperboy, The Butler as well as TV’s Empire and Star — gaining him more and more notoriety for telling unabashed Black and queer stories onscreen.

And as Daniels continued to rise in Hollywood, so did his access to star power, being able to cast the likes of Mariah Carey, Nicole Kidman, Taraji P. Henson and Winfrey in unexpected roles. When it comes specifically to landing the media mogul as Gloria Gaines in the 2013 historical drama loosely based on the real life of Eugene Allen, who had a decades-long career as a butler in the White House, the director remembers struggling to find the right part and project to entice her back to the screen.

“I was constantly looking for something for her,” Daniels says, recalling that he sent her the script for Prisoners, starring Hugh Jackman. “And I asked her to play a serial killer. She said, ‘You are out of your mind.’ And I called Gayle [King]. I said, ‘Gayle, get her to. She could do this right?’ And Gayle said, ‘No. She’s not doing it, Lee.’”

But then he found The Butler. “It was a great story and we sort of embellished on that character a little bit to make her sort of spicy,” Daniels continues. “I told her she’s a phenomenal actor and she needs to work more.” 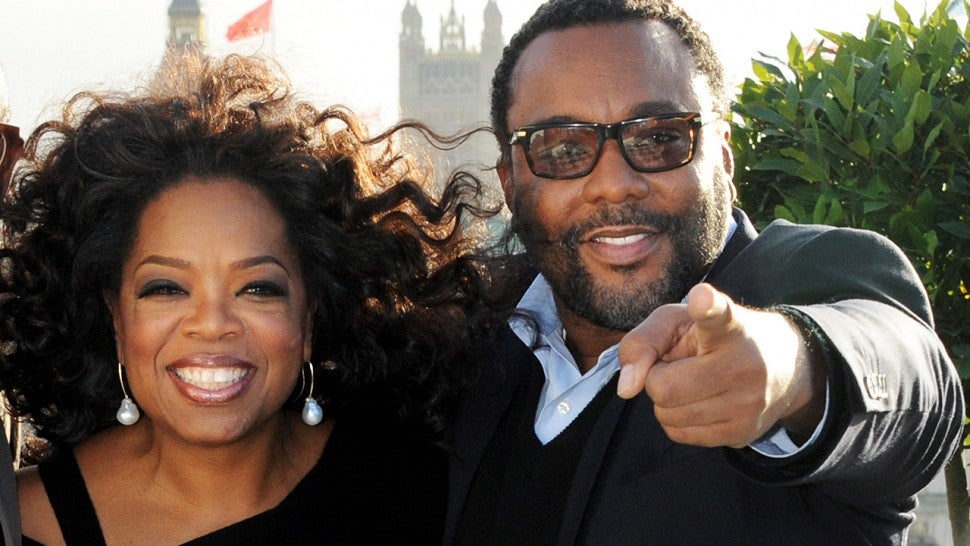 Looking beyond The United States v. Billie Holiday, Daniels has no shortage of projects that will continue to fulfill his dream of making sure the Black community feels seen. The first is the anticipated Wonder Years reboot, which just received a pilot order from ABC. The new version written by comedy and TV veteran Saladin K. Patterson will focus on a Black middle class family living in Montgomery, Alabama, during the 1960s.

“I’m nervous about that one,” Daniels admits before revealing that they’re in the process of casting the show. “We’re out to some name talent. I’m really excited about that.”

The other two projects are TV adaptations of The Spook Who Sat by the Door and Waiting to Exhale, which are in early stages of production with the latter about to have open casting calls. Of the former, the director recalls his dad reading the original 1969 novel when he was a kid. He says he also met with Chadwick Boseman before he died last year about working on the FX series.

“He was interested in that. It really is a strong piece of Black material,” Daniels says, explaining that Dan Freeman, the lead character, “is a CIA agent and he’s also a Black Panther at the same time.”

That said, Daniels teases, “I got a whole bunch of stuff that I’m doing that I’m excited about.”