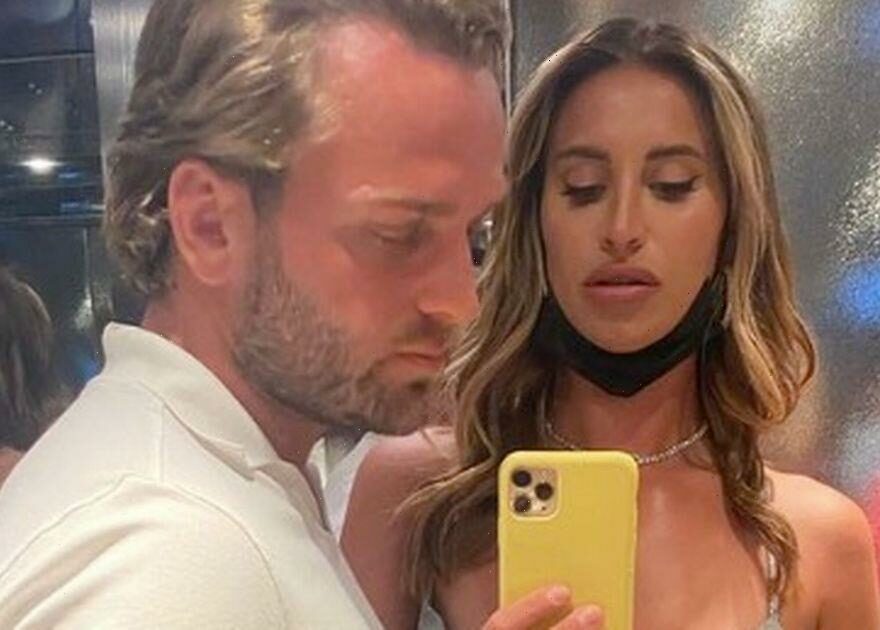 Television star and English model Ferne McCann has revealed she manifested her fiancé Lorri Haines and revealed further plans about her wedding location on Instagram.

The former TOWIE cast member gave her fans all the gossip in a Q and A on her socials, answering all sorts of questions about the couple's big day.

The 32 year old got engaged to her Dubai-based estate agent partner in July, having started officially dating in January.

The romance escalated quickly and the pair planned their future together just seven months after meeting.

The couple are currently away on holiday in Greece with pal Billie Shepherd and her husband Greg, but were happy to indulge fans on all things matrimonial.

Asked whether she'd manifested the new blossoming romance – she shared a photo of the pair with the caption: "YES! I manifested this man wonderful man into my life.

"This pic was like the second night after we met each other. From the moment we met didn't leave each other's side for like four days.

"Walking into 2022 I almost surrendered my love life. Not making it a priority and that's when it happened. I stopped chasing and offered it to the universe.

"He was everything I always wanted, but more importantly he was what I needed! It's like I've always known him."

After a flurry of requests from eager fans wanting to know when the nuptials will take place, Ferne confirmed they had a time in mind.

She posted: "We have a year in our minds but nothing is set in stone.

"I really don't want to rush and enjoyment our engagement. Plus I want an epic engagement party with our nearest and dearest. You lot know I love a party!"

It loos like the engaged couple have also thought about where they'd like to wed – and it's not in the UK.

When asked by a follower where they plan on tying the knot, the mother-of-one said: "We would definitely get married abroad.

"We met abroad and love travelling together. Not decided where."