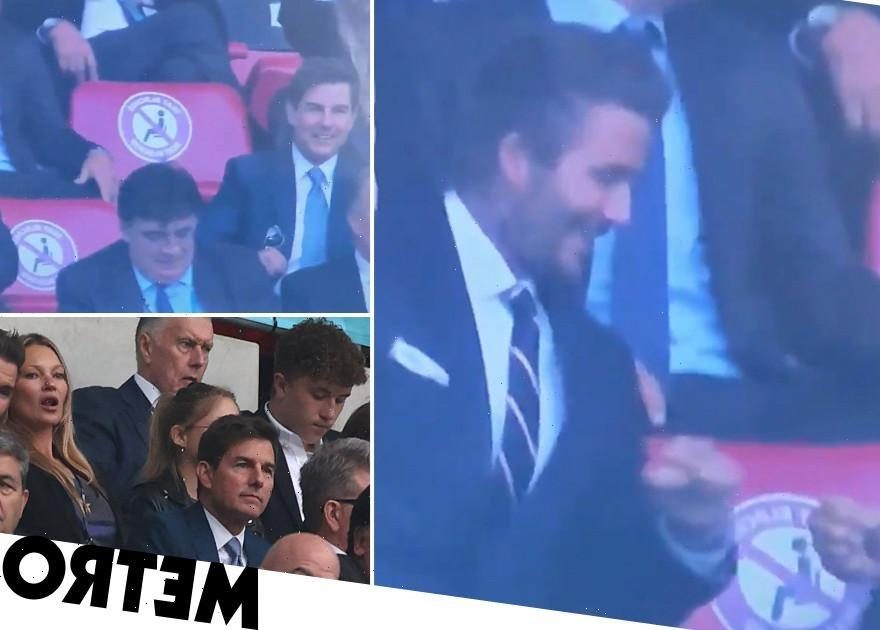 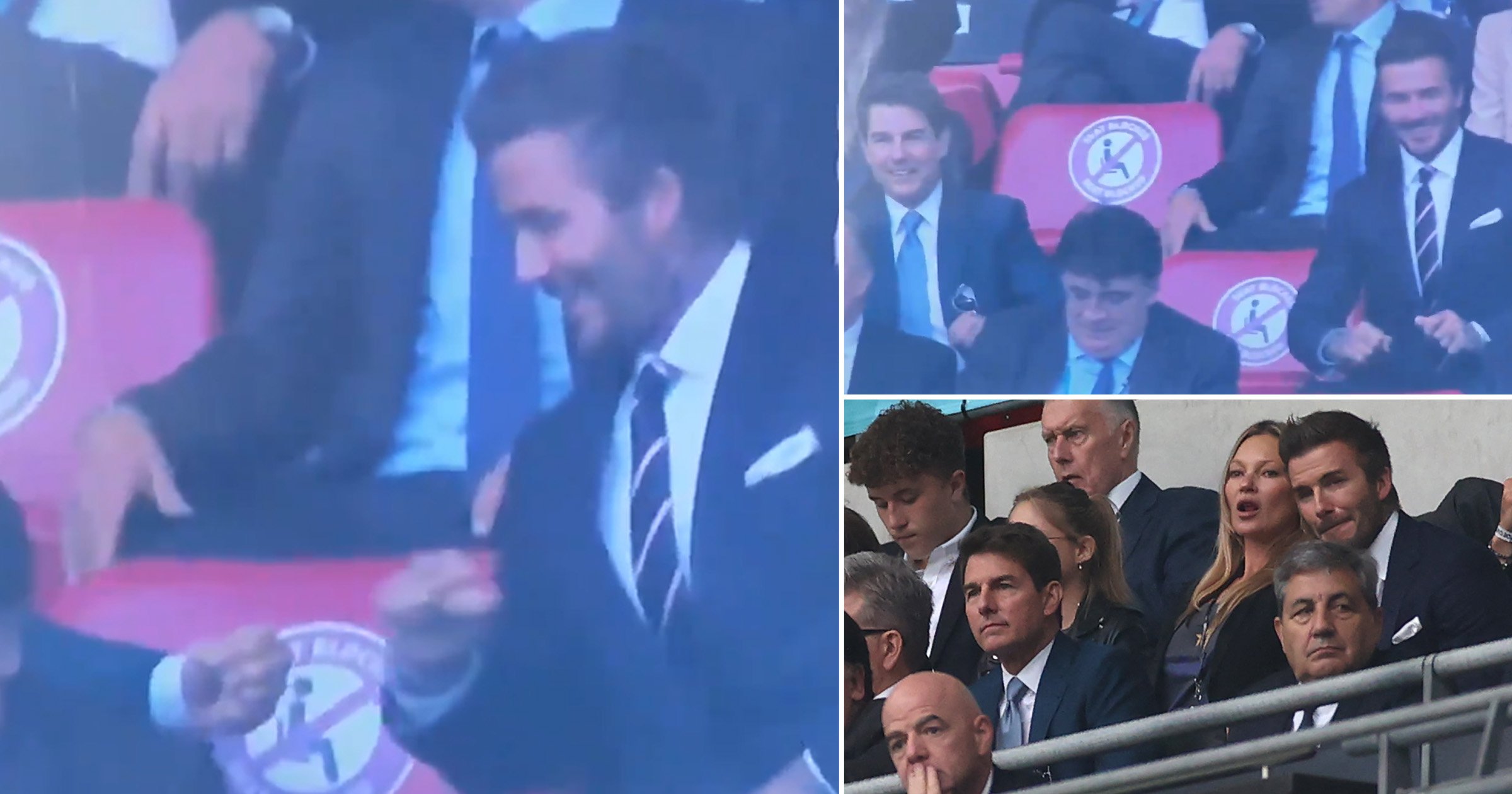 David Beckham and Tom Cruise were seen celebrating England’s first goal at the Euro 2020 final game in the most chill way, by bumping fists.

The two stars were sat just one seat away from each other at Wembley stadium and appeared to be visibly ecstatic after Luke Shaw scored a goal only two minutes into the match against Italy.

As footage played of the crowd’s reaction, the camera zoomed in on David and Tom who both grinned as they knocked knuckles.

Eagle-eyed viewers couldn’t believe the moment and rushed to social media to comment.

‘Tom Cruise and David Beckham fist-bumping each other after Luke Shaw takes the lead for England against Italy in a European Championship final is a sentence I’d never thought I’d write but here we are,’ wrote one.

‘Lol at Beckham and Cruise giving each other a fist bump, and at it being shown in slow-mo,’ added another.

Elsewhere at the match, David posed for a photo with Prime Minister Boris Johnson and his wife Carrie.

Boris was seen wearing an England shirt under a black blazer, while Carrie opted for a red checkered shirt and matching clutch bag.

Tom’s had a busy day of sports, having jetted off by helicopter after stopping off to watch Novak Djokovic and Matteo Berrettini go head to head in the men’s singles final at Wimbledon.

The Hollywood superstar returned to The All England Lawn Tennis and Croquet Club for the second day in a row after he watched Ashleigh Barty defeat Karolina Pliskova in the ladies’ final on Saturday.

He joined other A-listers at the match including Priyanka Chopra, Dame Maggie Smith and singer Katherine Jenkins.

Before the Euro 2020 final game got underway, Rob Rinder was pictured stripping off into an England shirt outside Wembley stadium.

Elsewhere, Fern Hawkins and Megan Davison, the WAGs of England players Harry Maguire and Jordan Pickford, were among the first to arrive.