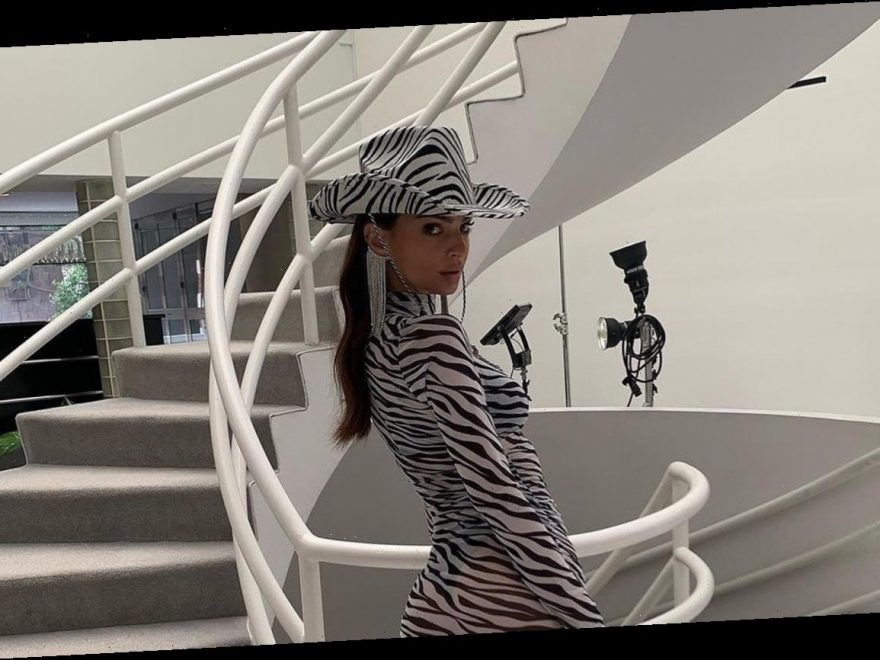 Congratulations are in order for the ‘Gone Girl’ actress and her husband Sebastian Bear-McClard as the couple welcome their first child together after three years of marriage.

The 29 year old has given birth to her first child with husband Sebastian Bear-McClard.

“Sly arrived 3/8/21 on the most surreal, beautiful, and love-filled morning of my life,” she wrote.

Emily confirmed her pregnancy as part of a Vogue magazine cover shoot in October (20), in which she explained she wouldn’t be forcing “gender stereotypes” on her child.

“When my husband and I tell friends that I’m pregnant, their first question after ‘Congratulations’ is almost always, ‘Do you know what you want?’ ” she shared.

“We like to respond that we won’t know the gender until our child is 18 and that they’ll let us know then. Everyone laughs at this. There is a truth to our line, though. One that hints at possibilities that are much more complex than whatever genitalia our child might be born with: the truth that we ultimately have no idea who – rather than what – is growing inside my belly. Who will this person be?”

Emily and her husband wed in February 2018 following a whirlwind romance.

Sebastian made headlines last year for the wrong reasons. He was called out for using N-word after Emily shared a Black Lives Matter post on Instagram.

“You could start by talking to your husband, a white man, who has used the n-word repeatedly in my presence,” commented a BET executive on her page.

Sebastian later apologized on Twitter, “I used a word casually like it was mine to use. It’s not, it never was, and never will be. In the past few years I’ve learned a lot about my privilege as a man and as a white person and about the history of racism in this country. Owning our misteps (sic) is a crucial part of changing the way the world operates. I’m embarrassed and ashamed and I sincerely apologize to everyone who I may have hurt.”