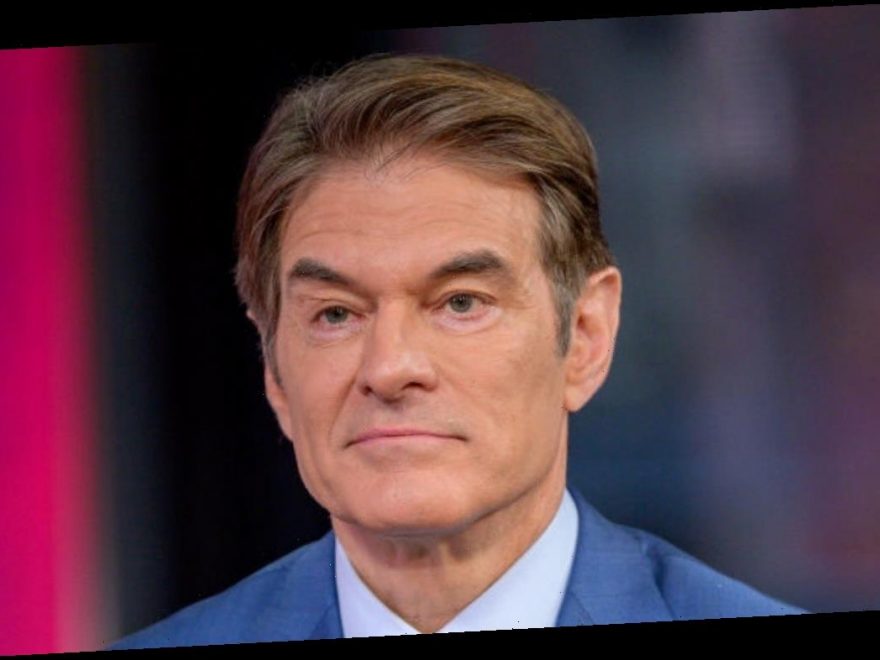 Dr. Mehmet Oz is opening up about the harrowing moment he saved a man’s life. Dr. Oz happened to be in the right place at the right time when a man fell to the floor at Newark Liberty International Airport in New Jersey Monday night.

Oz detailed the insane incident to ET’s Rachel Smith, revealing that it was his daughter, Daphne Oz, who alerted him of the emergency.

“I was waiting at the luggage carousel doing what husbands are supposed to do. My wife and daughter were standing a few feet behind me and I heard my daughter yell, ‘Daddy, Daddy, now!’ A father knows when there is alarm in their daughter’s voice,” The Dr. Oz Show host recounted.

The doctor thought that the man might have been dying right in front of him.

“The man had collapsed and face planted, blood under his head, I rushed over and there was no pulse. He had no heartbeat, which meant he had sudden death and collapsed. He was a big burly guy, I rolled him over, he looked like the color of an eggplant. There was no oxygen moving, he was dying in front of me. I noticed when opening the shirt, he had a scar on his chest. He had prior bypass surgery, which is what I do for a living, so I had a good idea of what might be going on,” he explained. 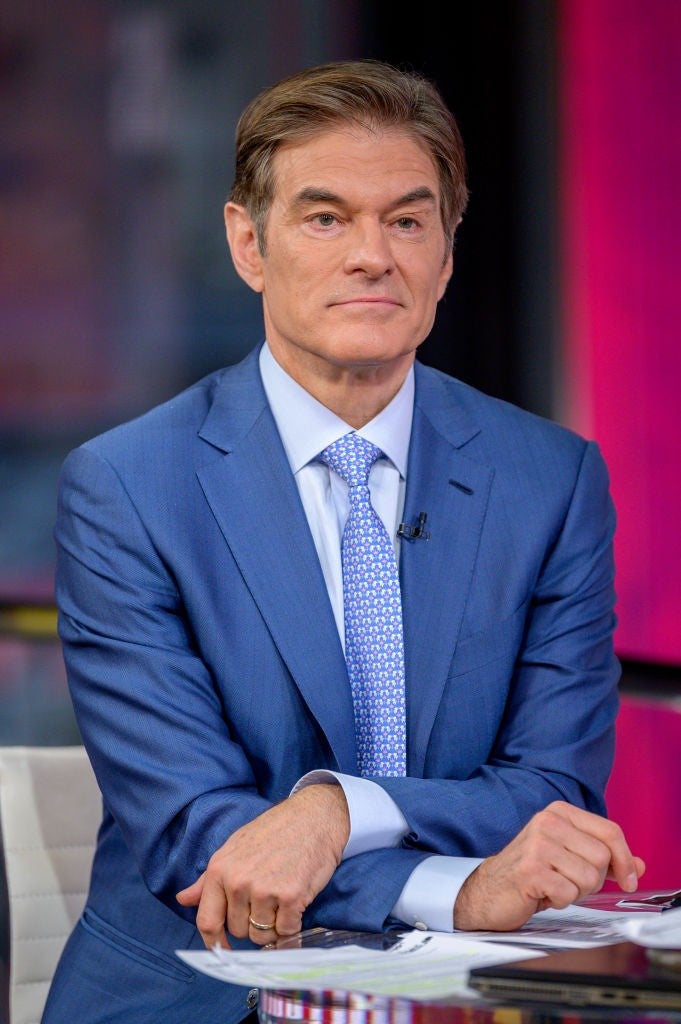 The goosebump-inducing moment was made better by the help of Port Authority Officer Jeffrey Croissant, who stepped in to help perform CPR on the man.

“A young officer who had never done CPR before leaned down and said, ‘I can help, let me help.’ So I said, ‘You do the chest compressions because I can deal with the airway,” Oz recalled. “This young man took over, he took his classes and did his homework, everyone should remember you can save a life. The life you save is someone you care about usually. As he did chest compressions, I got oxygen going back into this gentleman’s lungs, by then we had another officer who brought a defibrillator. I put the patches on the chest. The machine tells you what to do. Loud audible instructions. Clear! Everyone clears and it shocked him.” 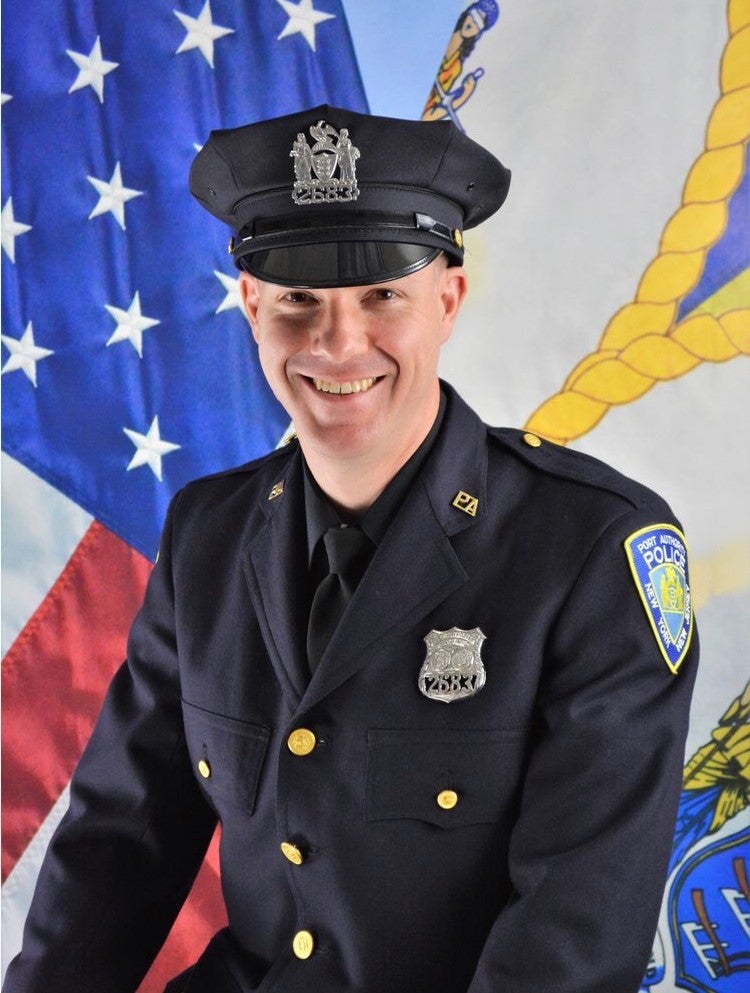 Oz compared the life-saving moment to the ups and downs of what you see on emergency room medical dramas.

“If you see medical dramas, it shocks the person and the body jumps up and they are better. Normally you shock the person and they leave the table but their heart doesn’t start up again you are too late. But because we were all right there immediately, when we shocked him, his heart came back,” he said. “You can see this large room that was silent with people praying and this horrible soul-draining experience watching someone die in front of you.”

But soon there was hope, and the man, who is currently in the ICU, is on the road to recovery.

“All of a sudden … his color began to pink up and over the next 10 minutes he came to. The emergency services came, we got him on the stretcher and as we left, he knew he was in Newark airport. The Newark cops who stepped up made a difference,” Oz said. “I texted with his wife. He is in the ICU doing well and very optimistic.”

Oz likened it to a superhero moment, stressing the importance of knowing and learning CPR so that you too can save a life if you ever needed to.

“It was like Avengers assembled. What would have happened if you were not there that day? The problem with his situation is it was difficult to diagnose initially. If you delay CPR, which restores blood flow enough, even if you shock them, you can’t help the patient. We had to get oxygen to the lungs, which is not usually such a crisis. The way he had fallen and banged his head, the saliva coming out of his mouth with the lung failure, that would have been hard for someone else to do,” Oz said of the incident.

“But CPR, anyone can do. You can save lives by taking a two-minute YouTube video on how to do chest compressions,” he stressed. “One hundred times a minute done deeply, press hard, and then grab that defibrillator. Know where it is where you work. Put the patches on over the nipples and it will tell you exactly how you save that person’s life. Be a hero.”

It also happens to be CPR Month. Dr. Oz is hoping to get the man and his family on his show so that he can tell their important story and alert others to the significance of being trained and versed in CPR.

Dr. Ian Smith Takes Over New Season of ‘The Doctors’: What to Expect

‘The Masked Dancer’: Ken Jeong Says He Was in ‘Doctor Mode’ While Filming Amid the Pandemic

‘The Masked Dancer’: Ken Jeong Says He Was in ‘Doctor Mode’ While Filming Amid the Pandemic 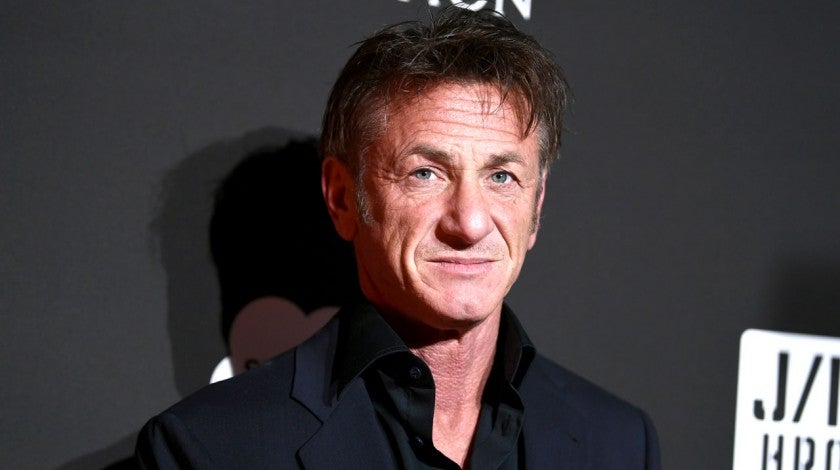