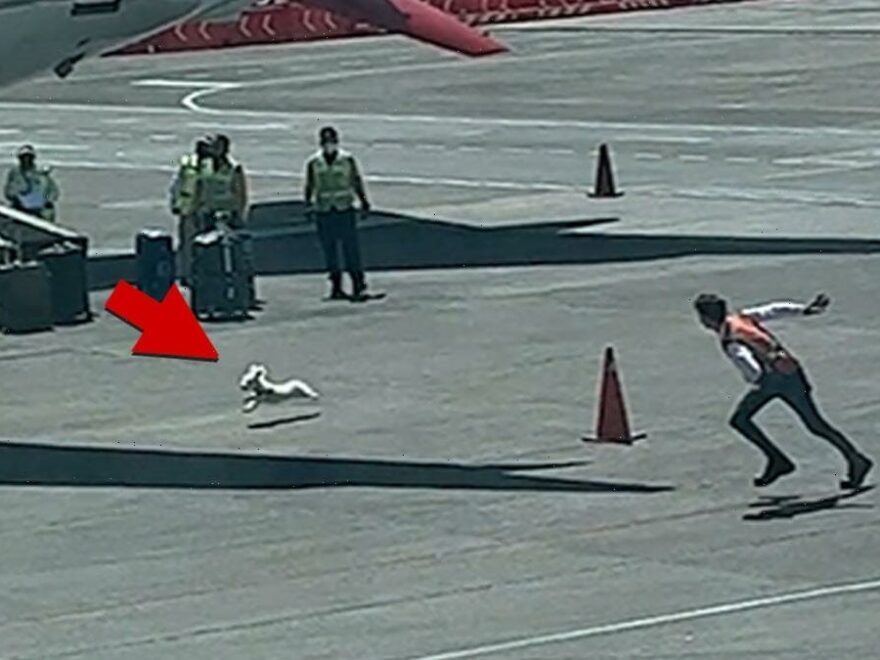 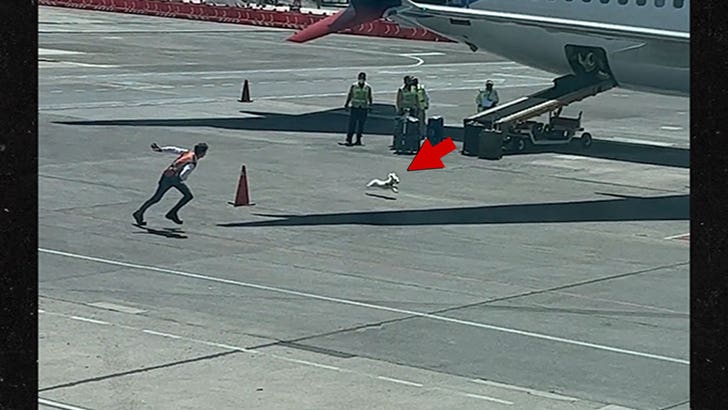 One little pup became the cause of a big headache for some airport employees … getting loose and making the tarmac his own personal dog park.

The great escape happened earlier this month at the airport in Guadalajara, Jalisco, Mexico. While the dog appears to think the whole thing is a game, the baggage handlers aren’t too amused, chasing it down and trying to get him under control. 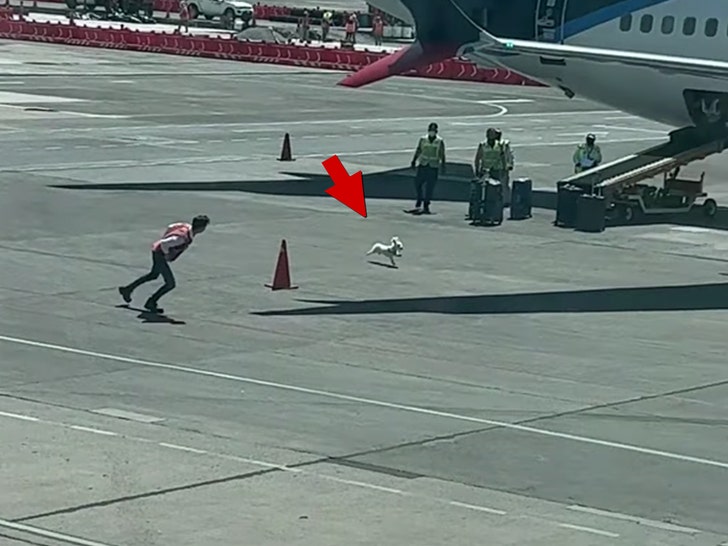 Unclear exactly how the dog got loose, whether he escaped from a cage ready for a plane, or whether he was a stray that got into the airport … but eventually, he was captured without any injury. No word on if he delayed anyone’s travel plans, though.

Maybe it’s not too late for airlines to reconsider that whole new strict service animal rule, gotta imagine a leash would’ve come in handy this time.