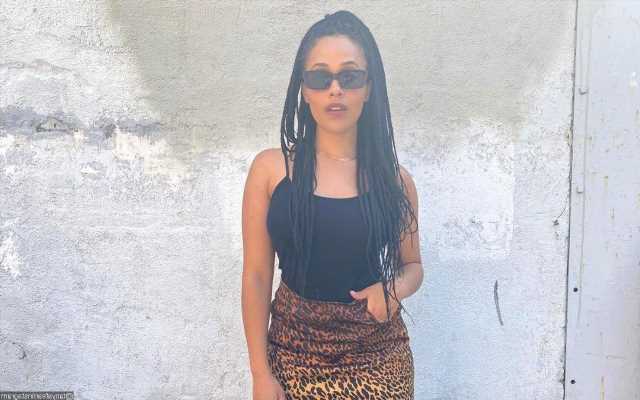 After being reported missing since September 9, the British actress, who appears in ‘Kick-Ass 2’, was finally found safe, according to the Los Angeles Police Department.

AceShowbiz –Tanya Fear has been found, according to the Los Angeles Police Department. The British actress, who starred on the sci-fi series “Doctor Who“, was finally located after being reported missing for several days.

The authorities told CNN that they were notified around 11 A.M. local time on Monday, September 13 that Tanya was found safe. The case was closed as there was no foul play involved, according to the LAPD. The actress’ family has also been notified. However, no additional details were disclosed by police officers.

Tanya, who is also known as Tanyaradzwa, was originally reported as last being seen in the Hollywood Bowl area on September 9. Her friends and family members launched an alert on social media platforms that read, “[Tanya] hasn’t been seen since 9th September 2021. If anyone has any useful information please call (626)-232-8616 #FindTanyaFear.”

According to a relative, Tanya, who also has credits in “Kick-Ass 2” and the TV series “Spotless“, was last seen wearing a short-sleeved brown-collared shirt and dark plaid trousers. “Could be flannel shorts too. But they definitely have black and red on them with lines,” the family added.

The “Doctor Who” official fan Twitter account also shared a Missing Person poster. Alongside a photo of Tanya, the message read, “Missing Person alert: Tanya Fear who played Jade in ‘Arachnids In The UK’ went missing on 9/9/2021.”

One Twitter user, who claimed to be the missing actress’ cousin, wrote, “Please please please share if you have mutually in the LA/Hollywood bowl area.” The tweet continued to read, “My cousin is missing, she has no family in the US and we’re all really worried.”

Three days later, the 31-year-old star was spotted at a Trader Joe’s on Santa Monica Boulevard. Before she was found, her manager Alex Cole talked about her condition to ABC News, “Since she’s been here, she’s had a great career and this is just the beginning. We’re obviously concerned and [hope] we find out this is a simple mistake and we find her.”