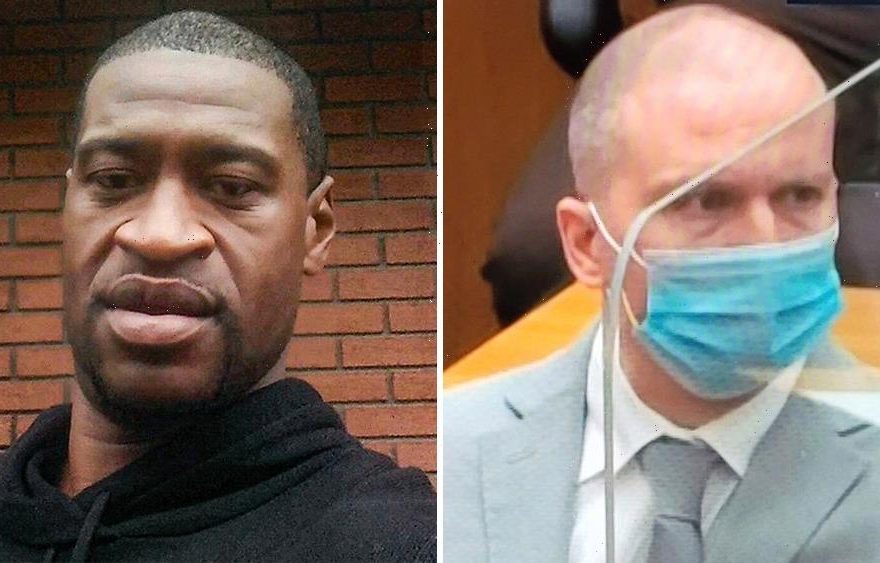 Derek Chauvin has been sentenced to 22 and a half years in prison for the murder of George Floyd.

With a chanting crowd outside the downtown Minneapolis courtroom, the ruling just now by Minnesota Judge Peter Cahill comes a year and month after the ex-cop killed Floyd in the street by cruelly pressing his knee on the man’s throat for almost 10 minutes.

Based on routine practices, Chauvin will serve at least 2/3 of his sentence before any hope of parole – which translates into about 15 years. Choosing to not “be profound here on the record,” nor “any attempt to send any messages,” Judge Cahill offered self-described “brief remarks” before pronouncing sentencing. Giving Chauvin 199 days credit for time already served, Judge Cahill said a 22-page memorandum detailing his reasoning will accompany the sentencing later.

The May 25, 2020 murder by the 19-year veteran cop occurred as three other officers looked on and Floyd exclaimed he couldn’t breathe. Yet another blatant killing of an African-American by law enforcement, the horrific event galvanized the nation to take to the streets in protest and to put a glaring spotlight on the police brutality and systematic racism in America and among cops.

On April 20 this year, Chauvin was found guilty by a jury of second-degree murder, third-degree murder and second-degree manslaughter. The charges from the Minnesota court saw Chauvin immediately taken into custody. Speaking briefly today and citing other ongoing legal matters, Chauvin offered “condolences to the Floyd family.” 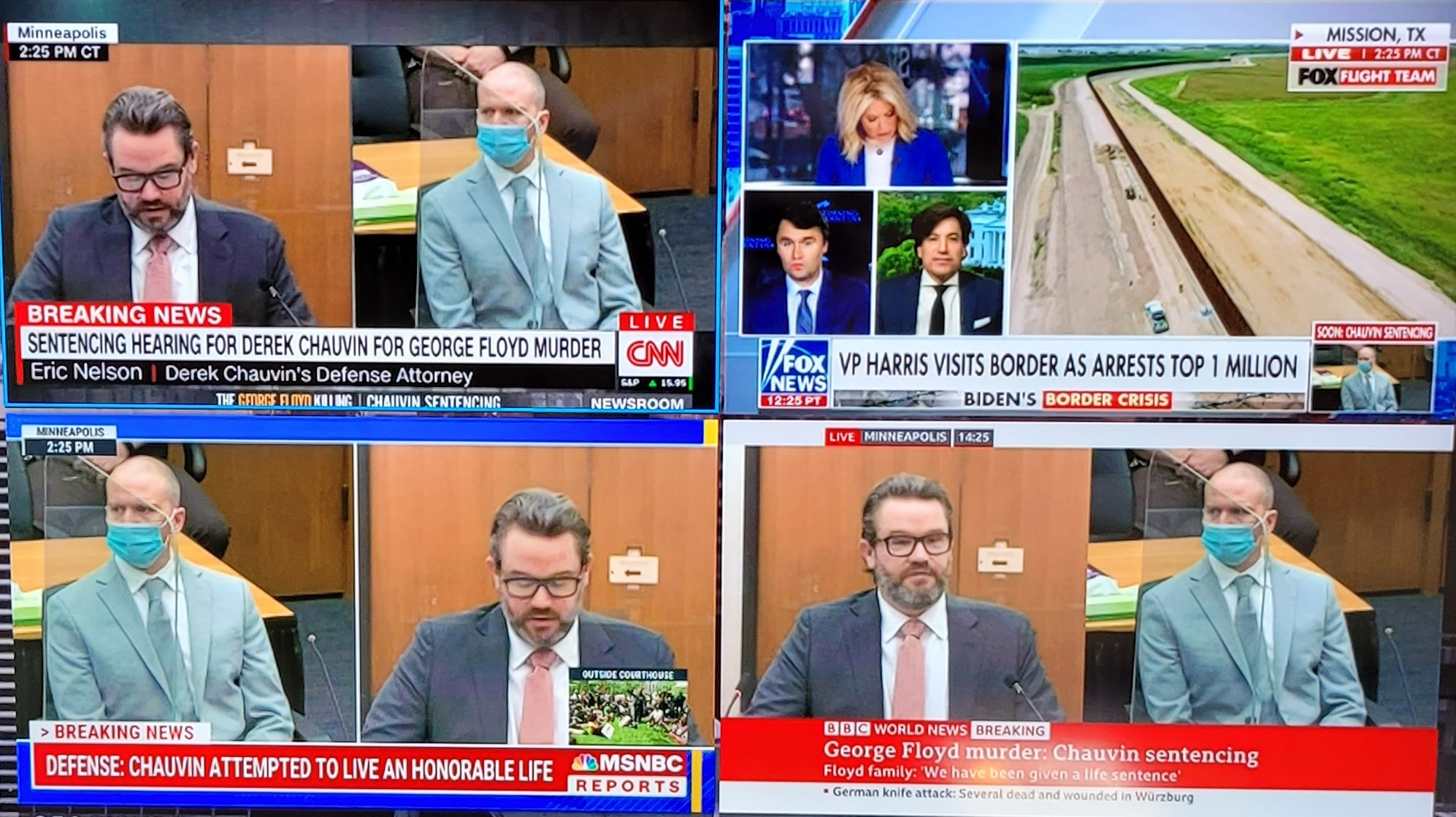 Today’s hearing was covered live on CNN, BBC World News, MSNBC and on specials on ABC, NBC and CBS. Unsurprisingly, missing most of the statements from lawyers and others, Fox News Channel weaved in and out of coverage. Glaringly, the Murdoch owned outlet choose to highlight immigration issues and President Joe Biden whispering during a recent exchange with the media.

Up against news from Vice-President Harris’ visit to the southern border and more investigation into the apartment building collapse in Miami earlier this week, the hearing began with a quartet of victim statements from Floyd family members. Among those remarks was the heartbreaking video of George Floyd’s seven-year old daughter Gianna telling the court what she missed he most about her deceased father. “I ask about him all the time,” Gianna said in response to off-camera questioning, adding she wished one day to play with her Daddy.

“We don’t want to see any more smacks on the wrist,” one of George Floyd’ brothers Terrence told the court in-person, seeking the maximum sentence for Chauvin and a shift from the common outcomes of cases against law enforcement.

As they have stated in filings, prosecutors sought first time offender Chauvin to get 30 years behind bars.

“This case wasn’t about police officers, all police officers. It wasn’t about policing. This case was about Derek Chauvin disregarding all that training he received and assaulting Mr. Floyd until he suffocated to death,” said Minnesota Assistant Attorney General Matthew Frank in a presentation that saw his voice often cracking. “Your honor, we ask the court to impose a sentence of 360 months committed to the Commissioner of Corrections,”

In a Hail Mary pass, defense lawyers put Chauvin’s mother Carolyn Pawlenty up in front of the court today insist she believes in his “innocence” and plead for her “favorite son” to receive leniency. Taking his turn at the microphone with a dog whistle, defense head Eric Nelson played to the case being “at the epicenter of cultural and political divide” in America. To that end Chauvin’s team have advocated for probation and time served, which would have seen the ex-cop walk Friday.

As an alternative, the defense has also been pushing a Plan B with a sentence of less than 10 years for their client which is in the low end of the range. Starting at around 11:30 AM PT, the sentencing hearing saw both sets of lawyers reiterate their arguments on what the sentence should be.

There are additional cases pending against Chauvin including state and more federal charges which will likely kick into place later this year. Last month, Chauvin, and the three other cops at the scene of the killing last year, Tou Thao, J. Alexander Kueng, and Thomas Lane, were charged in a three-count indictment by a federal grand jury of willfully depriving Floyd of his constitutional rights.

Additionally, Chauvin was damningly charged by the same grand jury of willfully depriving a juvenile of the constitutional right to be free from the use of unreasonable force by a police officer. That charge, which never came up in the Floyd trial, comes from September 4, 2017 incident in which the much complained about Chauvin allegedly held a teenage Black boy by the throat and whacked him in the head over and over with a police issued flashlight.

Moves to pass legislation to reform police practices in America seem to have inched forward with Sen. Tim Scott (R-SC) South Carolina and Rep. Karen Bass (D-CA) and Sen. Cory Booker (D-NJ) announcing Thursday they have the framework for a bipartisan deal. Long a goal of President Biden’s, the legislation could be in front of the House of Representatives and the Senate before the end of the summer.