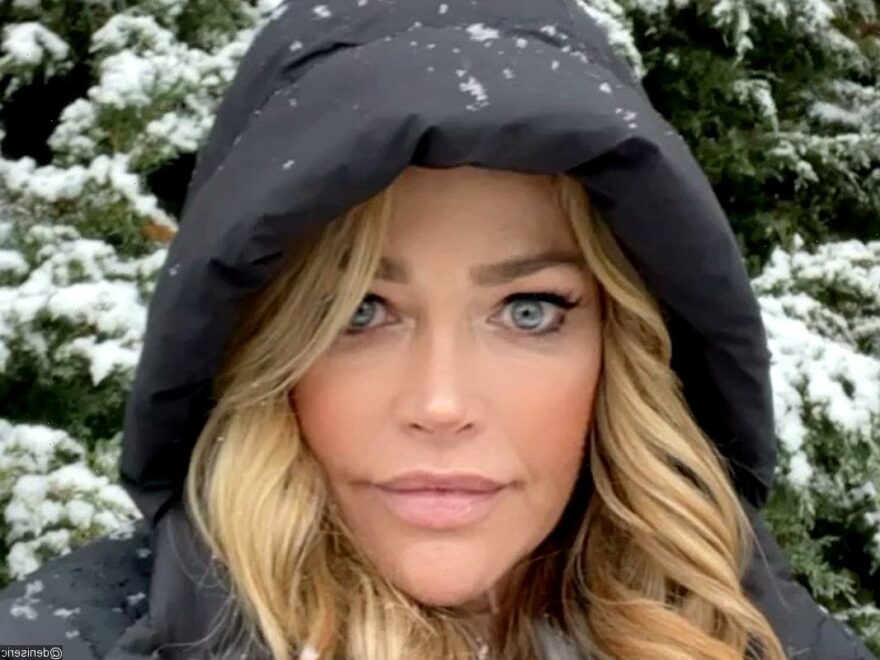 The ‘Starship Troopers’ star regrets sharing the controversial picture on social media while in fact she ‘wore her mask the entire time’ on the plane, says a source.

AceShowbiz –Denise Richards isn’t proud of her apparent defiance. After catching some flak for taking a maskless photo while on a plane, the actress-turned-reality TV star is reportedly “ready to admit she was an idiot” to share the picture on social media.

“Denise realized it wasn’t the right thing to do to post the picture,” a source tells PEOPLE, insisting that the photo didn’t reflect her real attitude towards the mask guidance. “In reality, she wore her mask the entire time except when she was taking sips of water. She believes in masks, and she really does follow the rules,” the source claims.

Similarly, a so-called insider says Denise is “not one of those people who is anti-masks,” but “the way she handled it was strange, posting the photo. She’s ready to admit she was an idiot to post the photo!”

“She was just flying home, sitting in her seat, and she put a coat over her head… you’re allowed to take a sip of water and pull your mask down,” the insider explains. “So when she took her mask down, took it off for a second to relax and drink water, she posted this thing ‘I hope nobody’s upset’ and she thought it was tongue-in-cheek. But people did not think it was funny.”

The insider claims that the 50-year-old beauty “put the mask right back on,” stressing, “She was wearing it the whole time, except when she drank the bottle of water. She always follows the rules and wants people to be safe.”

Denise was dragged online after she posted on her Instagram Story a picture showing her going maskless while on a plane on Sunday, December 19. The former Bond girl used her “huge winter coat” as a mask instead, insisting that it’s “thicker than any mask.”

“Anyone that is upset that I [am] not wearing a mask,” she wrote in the caption, “I’m hiding under a hoody amd [sic] a huge winter coat.” The former star of “The Real Housewives of Beverly Hills” added, “Please. Thicker than any mask!!!!!!”

She soon received criticism, with some people calling her “not a thinker,” “f**kin moron” and “an idiot.”