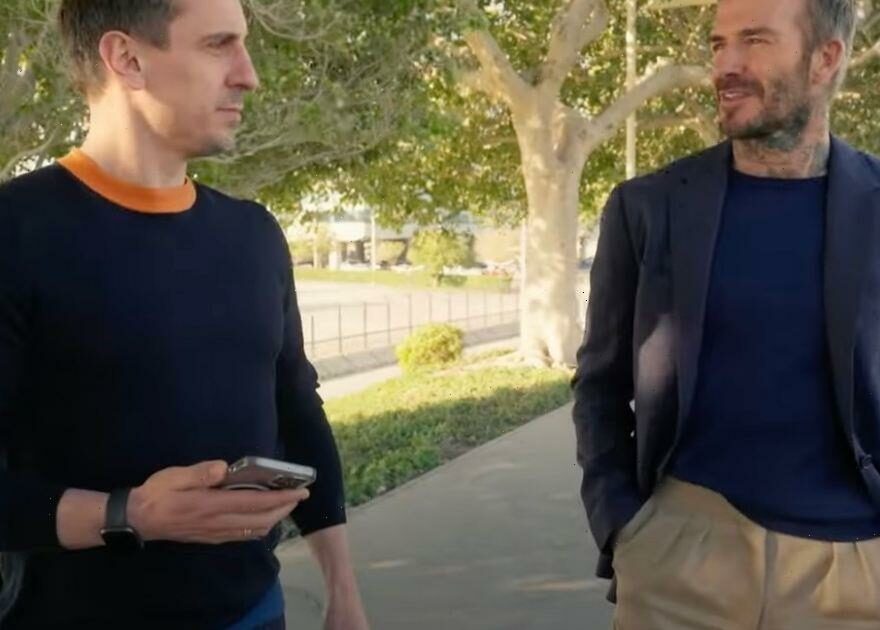 David Beckham made an embarrassing blunder recently speaking about his favourite tattoos as he forgot to mention wife Victoria Beckham among the inkings.


The 47 year old made the awkward mishap when he appeared in a YouTube interview with fellow former footballer Gary Neville as the conversation turned to his large tattoo collection.

David disclosed that he has over 80 inkings as he fondly described his tattoo tributes to his four children Brooklyn, 23, Romeo, 19, Cruz, 17 and Harper Beckham, 10.

The ex England player, however, forgot the cursive name tattoo he has on his hand in salute of his wife of nearly 23 years, as Gary asked him about his most cherished pieces of body art.

“It's hard to pick a favourite one to be honest. [My] kids' names,” David replied.

He then added after a moment’s pause: “And Victoria's. Throw that one in”, before he laughed guiltily as he realised he’d forgotten his wife briefly.

David misremembering his tattoo of Victoria doesn’t come as much of a surprise considering that the ex Spice girl had her inkings in ode to him laser removed a few years ago.

Victoria previously had her husband’s initials tattooed on the inside of her wrist, along with the 2006 date of her renewed vows with David and a Latin phrase which read: "Again from the start".

David has other tattoos in tribute to his wife, including ‘99’ on his finger marking the year the couple got married and on his arm a romantic phrase which reads: ‘I am my beloved’s and my beloved is mine’.

The sports star has tattoos across his arms, chest, neck and legs and mentioned in the interview with Gary that his love for body comes from his father, who has “old school” inkings of ships.

David also spoke about an experience with his tattoo of eldest son Brooklyn, which left him stuck to pal Gary’s bed as he stayed over.

“I probably have 81 [tattoos] now. Individual 81, yeah. [The first one] I had it done then I stayed at your house,” David recalled.

“No, that was the second one so the first one was Brooklyn on the bottom of my back.

“The second one was the angel and I was sleeping at your house at the time and it stuck to the bed!”