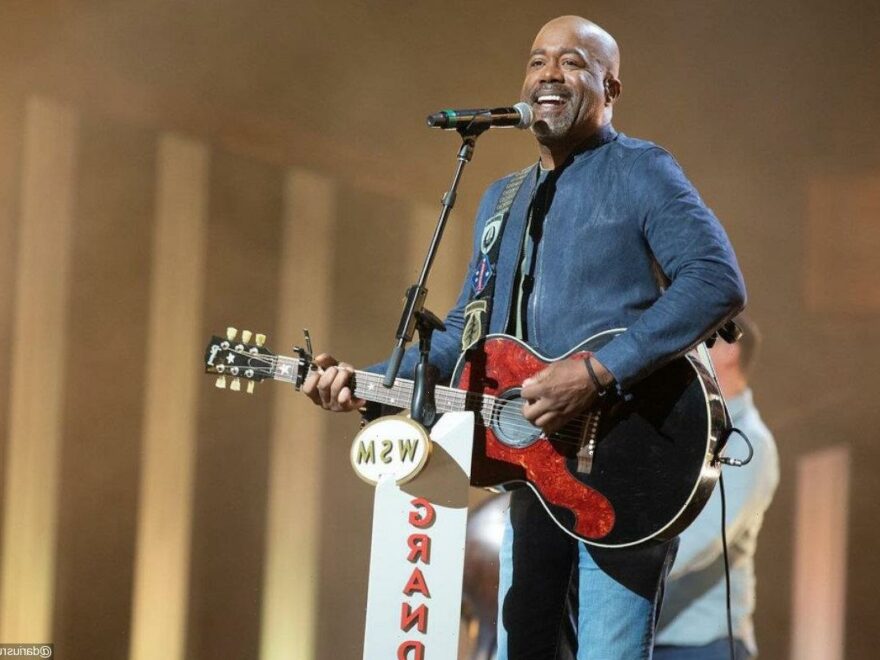 The actress and comedian was the sole survivor among four friends who reportedly ingested cocaine laced with fentanyl at a party in Venice, California on September 3.

Actress and comedian Kate was the sole survivor among four friends who reportedly ingested cocaine laced with fentanyl at a party in Venice, California on September 3, leading to the deaths of three of them, fellow comedians Fuquan “Fu” Johnson and Enrico Colangeli, and Natalie Williamson.

Kate, who dated Darius for much of 2020, was rushed to hospital in critical condition, TMZ reported at the time, but is now “doing great,” according to the former Hootie and the Blowfish frontman.

“You know, she’s doing great. She’s coming out of that,” Darius told People at the iHeartRadio Music Festival in Las Vegas on Friday, September 17.

“I’m glad that she’s doing [better]. My heart goes out to all the other victims, but she is doing okay,” he added.

Following her release from the hospital, Kate issued a statement about losing her friends in the accident. “I am still shocked & devastated by the loss of my friends Fu, Rico, and Natalie. Words cannot describe the pain I am feeling & I will be changed forever by their passings,” she wrote in a social media post.

“Fu was a generous, loving soul. He was hilarious, supportive, and incredibly authentic with the most infectious spirit. Rico was always filled with enthusiasm & Natalie was so kind and endearing,” the 39-year-old continued. “There are so many more things i want to say, but I’m not ready. When I am, I will. Until then, all I can say is: Tell your people that you love them every day.”