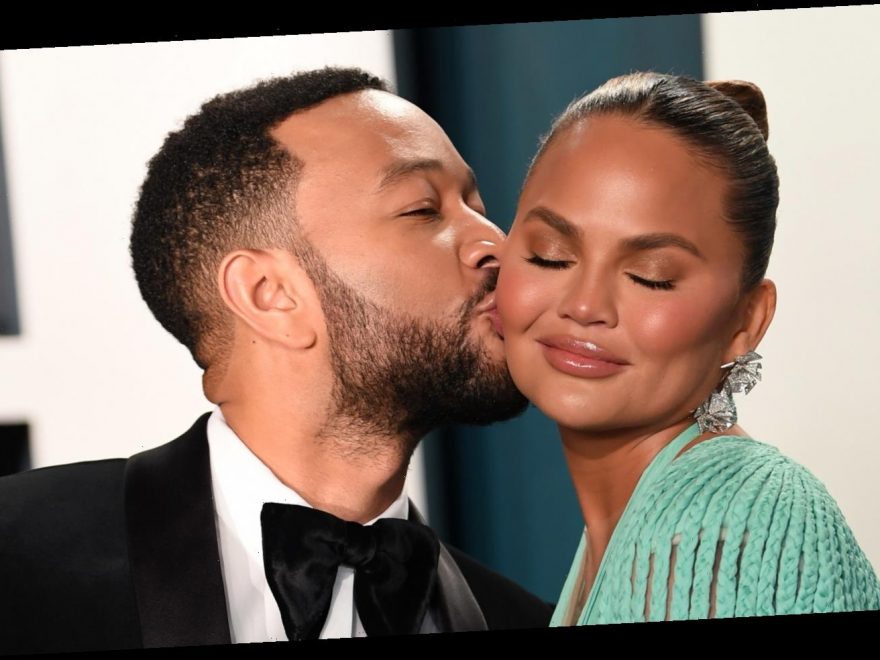 Chrissy Teigen’s new tattoo is “Ooh Laa”-la, as the French would say. The Cravings cookbook author and her crooner hubby, John Legend, just reached peak couple goals after sharing a video to Instagram on Tuesday of her getting some very sexy lyrics from Legend’s new album inked down the middle of her back.

Undoubtedly her biggest piece to date, Teigen’s new tat (which was done by celebrity artist Winter Stone), features the song title, “Ooh Laa,” in delicate black line script down the middle of her back. The song is off of Legend’s newest album, Bigger Love, and was written specifically for Teigen. It’s NSFW sexy, and features “is it hot in here” lyrics like, “It’s ooh-laa / That’s the only music that I wanna hear / Is, “‘Ooh-laa’ / Get a little louder, scream it in my ear, yeah / Spin it ’round, let it bounce some / Up and down, think we found something / Smack it, flip it, rub it down / To the sound of, ‘Ooh-laa’ / ‘Ooh-laa, ooh-laa.'”

Stone posted a stunning photo of the finished ink to his Instagram page with the caption, “OOOOH LAAAA @chrissyteigen @johnlegend what a blessing to honor Chrissy with this ooh laa tattoo down her spine! John wrote this sexy song for her so naturally she should have it tattooed on her right?!!! And if you haven’t heard BIGGER LOVE John’s new album: listen it’s so good!”

In Chrissy Teigen’s almost three-minute long Instagram video of herself getting inked, not only does “Ooh Laa” (the song) play in the background, but John Legend takes a moment to sing some of the lyrics right to Teigen. Total swoon! And about halfway through, he asks his wife of seven years if she remembers hearing the song for the first time. Chrissy replied, “I don’t remember! I remember the first time I heard ‘All of Me,’ I remember the first time I heard… honestly, most of your songs. But not this one.”

With what could only be described as a naughty little smirk on his face, Legend reminds her, “It was in our bedroom.” He cheekily added: “We had to test run it. Make sure it worked. It worked.”

If that wasn’t enough to make your imagination run wild, he goes on, “We actually played it on repeat the first time. It was a good conversation starter.”

The passion between these two is real, and if the comments on the video are any indication, it’s both adored and envied by friends and fans alike. After Teigen posted the clip, Legend quickly followed, adding, “Chrissy inspired this song. This song inspired Chrissy’s new tattoo. #OohLaa.”