After Lil Kim took heat on social media for her new holiday song, Cardi B stepped in to defend the fellow rapper and called the intense criticism ‘heartbreaking.’

Lil Kim, 47, has been criticized on social media for her risqué new holiday song, “Big Santa Papi,” that plays on Nick Cannon‘s Miracles Across 125th Street. Fans have called out the rapper on Twitter for seducing Santa Clause in the visuals for the new song, as well as some of the naughty lyrics that go along with it. “Y’all know I love Lil Kim but this Christmas song and video ain’t it… at all!” one Twitter user said, while another wrote, “Lil kim and this santa papi video…ENUFF. It’s embarrassing atp.”

But these critics didn’t get off scot free thanks to Cardi B, 29, who took issue with so many people cyberbullying Lil Kim. And in true Cardi form, the “I Like It” songstress took to Twitter to defend Lil Kim and call out those that have been cruel to the fellow rapper. 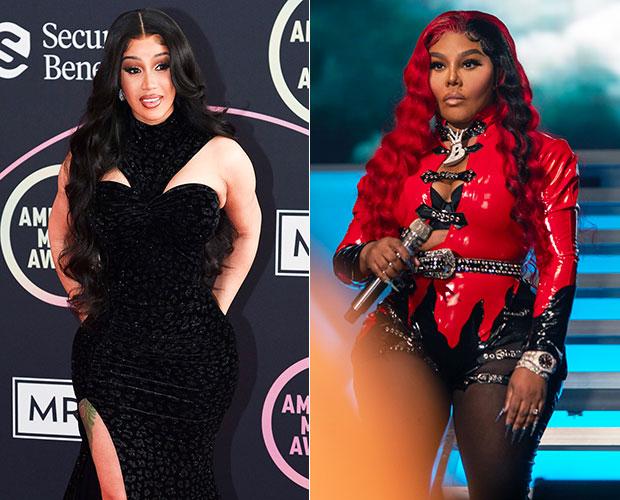 “I’m tired of it and it’s heartbreaking…,” Cardi wrote in response to singer Edidion, who said Lil Kim was being “bullied, mocked, and disrespected” online. “She’s is so sweet ,supportive and a REAL F***IN LEGEND,” Cardi added. “I remember when I used to beef wit bitches and I used to put on my MySpace her song F**K YOU! I think it gotta be these 2000’s born kids on this app that don’t know about shit!”

Lil Kim Then & Now: See Photos Of The Rapper's Transformation Through The Years 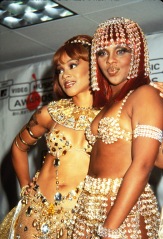 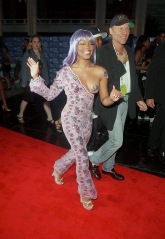 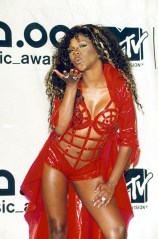 Cardi also addressed fans’ questions as to why she hasn’t collaborated with Lil Kim yet in their careers. “What do a collab go to do with someone constantly getting CYBER BULLY?” she wrote. “Before a artist I am a woman wit feelings and I know how much it hurts to constantly get picked on…When I collab wit her is going to be at the right time & the right song.I don’t rush BIG MOMENTS!” In a follow-up tweet, Cardi explained that she’s “not going to rush” into a collaboration with Lil Kim “cause if the song don’t make sense and it don’t do good then I will feel terrible..It don’t take away from her greatest.”

This isn’t the first time that Cardi has jumped into to defend another woman in the music industry from cruel online comments. When Lizzo, 33, broke down in Aug. 2021 over the hate she received following the release of her song “Rumors,” Cardi offered some kind words to her fellow Grammy winner. “Whether you skinny, big, [or] plastic, they going to always try to put their insecurities on you,” Cardi tweeted. “Remember, these are nerds looking at the popular table.” Cardi went on to highlight “Rumors” success and told fans to “stop trying to say the song is flopping.”

Overall, the lesson from these cyberbullying incidents is clear: we all need a friend like Cardi B in life!