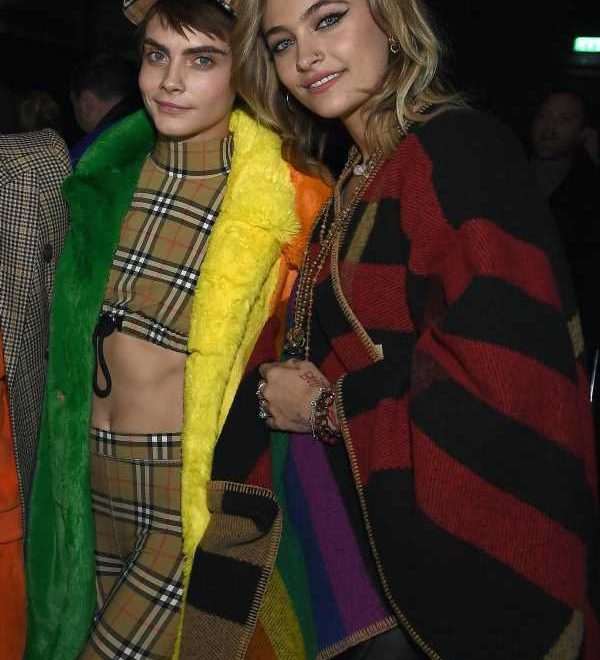 Delevingne and Jackson each got a dainty red rose on their arm. Jackson later showed off their ink on social media, sharing a side-by-side photo of their arms on her Instagram story. She tagged an account called ‘Piccleparty’ in the post, who appears to be the artist who did the tattoo.

Both stars already have a plethora of tattoos covering their bodies. Jackson placed her new tattoo adjacent to her sunflower tattoo and another that was inspired by dad Michael Jackson’s Dangerous album cover. Meanwhile, Delevingne’s sits on her forearm below a tattoo that says "breathe."

After getting their new ink, the girls hit the red carpet an Oscars after party. They stunned in black and white outfits, with Delevingne opting for a tuxedo top while Jackson rocked a floor length satin gown.

You can see the girls’ matching tattoos below.

The besties were sure to share lots of memories from Oscars night as well.

Delevingne and Jackson have sparked dating rumors for years (especially after kissing in 2018), though, neither star has said they are more than friends. Jackson has spoken out in the past about preferring not to label her sexuality.

“I don’t feel like there is a label for my sexuality that fits. Labels in general, not just for sexuality but for everything, I think, are just ways for humans to make sense of the world, to be able to compartmentalize,” Jackson told People in August 2020. “We’re getting past the need for labels."

Hollywood friendships tend to have short shelf lives, but it sounds like Delevingne and Jackson are in it for the long haul.