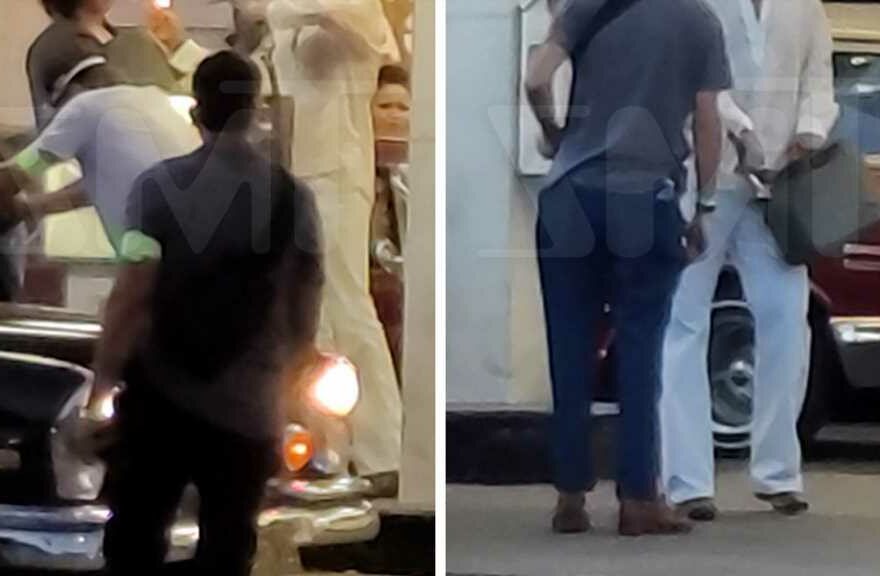 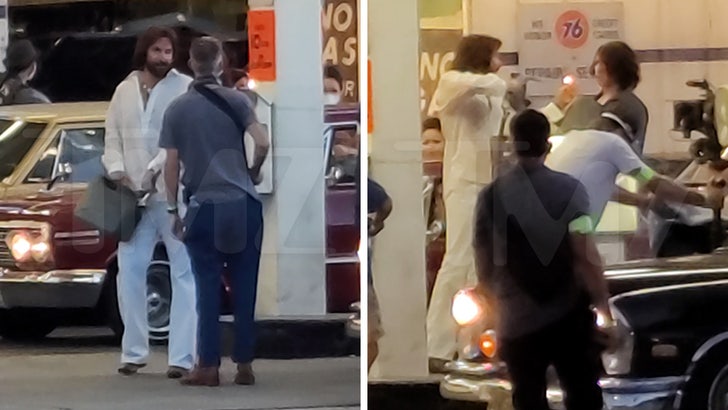 Bradley Cooper as Jon Peters has all the makings of an edge-of-your-seat melodrama … ’cause he’s gonna get into some intense face-offs — with a gas pump and lighter in hand, no less.

We got video of Brad on set from last week here in L.A. while he was shooting a scene for a new movie he’s starring in for director Paul Thomas Anderson. BC’s portraying Peters, who went from famous hairdresser in the ’70s to a major movie mogul producer. 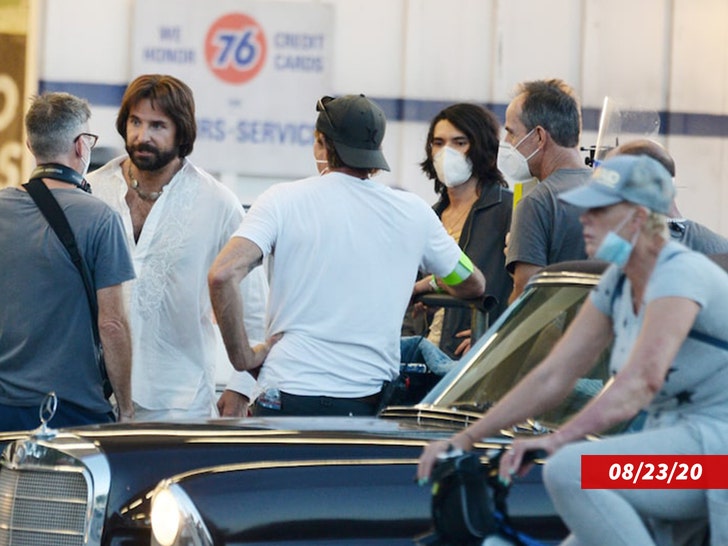 Based on this scene they shot — of which we posted photos last week — it would appear Jon’s life was pretty eventful, dramatic you might say … at least in PTA’s vision. Check it out … you see Brad hop out of a truck with a briefcase in hand, and then storm over to someone at a gas pump. He hurls the case at them and then puts the pump in their face.

In this clip, you see a rehearsal take, and then the cameras roll for the real deal. Brad’s definitely got the ’70s swag strut down … looks like he’s walking straight out of “Saturday Night Fever” or something. In any case, this one’s bound to be a classic.

Of course, Bradley and Jon are connected in another way … the latter helped produce “A Star is Born,” which undoubtedly launched Brad into more serious, potentially Oscar-worthy roles, like this one might turn out to be.