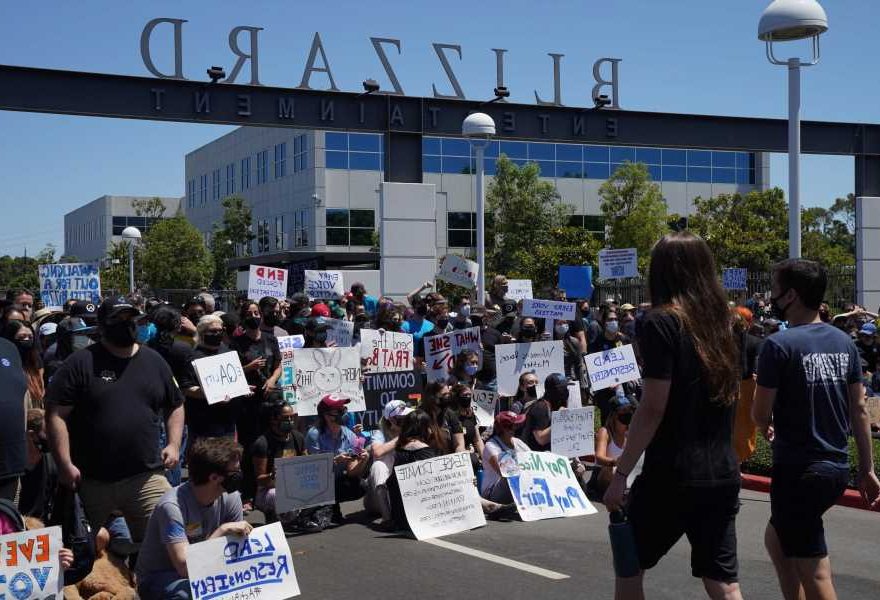 Video game giant Activision Blizzard announced that the president of its Blizzard Entertainment division, J. Allen Brack, would step down two weeks after the company was sued by the State of California over its toxic workplace culture, Variety reports.

Activision Blizard President and COO Daniel Alegre said in a statement that Brack would be “leaving the company to pursue new opportunities.” Brack was named in the lawsuit, which was filed by the California Department of Fair Employment and Housing, as one of the company higher-ups who was allegedly aware of the harassment taking place.

Activision Blizzard is one of the largest and most valuable video game companies, producing blockbuster titles like World of Warcraft, Call of Duty, Overwatch, and the Candy Crush Saga. The two-year DFEH investigation into the company, however,  claimed that Activision Blizzard fosters a “frat boy culture” that enabled sexual harassment and discrimination toward women, including pay disparities and less promising job opportunities.

Brack began working for Blizzard back in January 2006 and later served as an executive producer World of Warcraft. He took over as president of Blizzard in 2018.

Blizzard will now be headed up by Jen Oneal, the executive vice president of development, and Mike Ybarra, the executive vice president and general manager of platform and technology. “With their many years of industry experience and deep commitment to integrity and inclusivity, I am certain Jen and Mike will lead Blizzard with care, compassion, and a dedication to excellence,” Alegre said.

“I am confident that Jen Oneal and Mike Ybarra will provide the leadership Blizzard needs to realize its full potential and will accelerate the pace of change,” Brack added in his own statement. “I anticipate they will do so with passion and enthusiasm and that they can be trusted to lead with the highest levels of integrity and commitment to the components of our culture that make Blizzard so special.”