Azie Tesfai is making a transformation on Supergirl!

The actress, who stars as Kelly Olsen on the CW series, will be turning into the superhero Guardian in the second half of the season.

Supergirl has hinted that Kelly will take up the mantle left by her brother, James Olsen (Mehcad Brooks).

Check out the first look photo inside!

Supergirl has one more episode to air this upcoming Tuesday (May 11) before going on hiatus until August 24th, when the final batch of episodes will premiere. 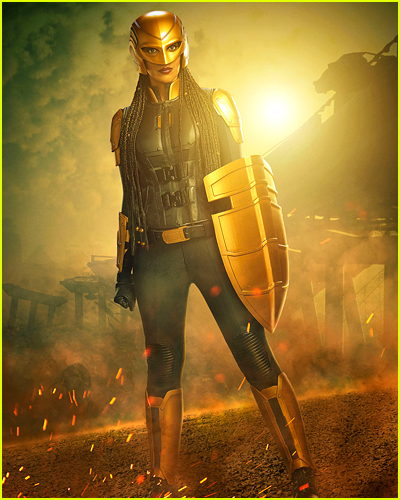 Azie‘s Guardian transformation will take place in the upcoming 12th episode of the final sixth season, which will air in September. Titled “Blind Spots,” Azie co-wrote the episode with co-producer J. Holtham, and it addresses racial inequality. Arrow‘s David Ramsey directed the episode and he will also appear as John Diggle.