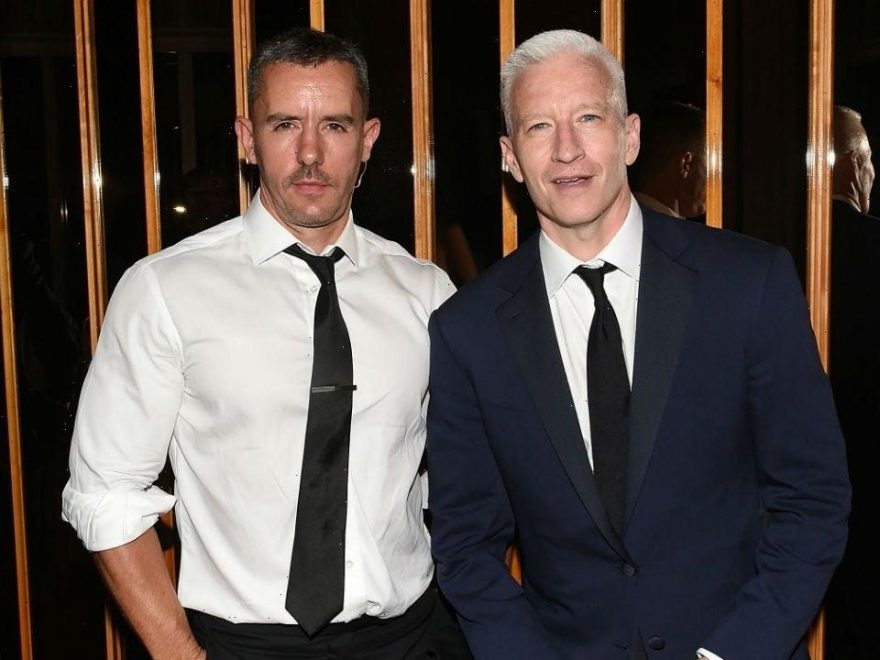 Anderson Cooper is not happy with his son’s other dad, his ex, Benjamin Maisani. The men are co-parenting 1-year-old Wyatt and on Wednesday night, Cooper shared a major faux pas his ex recently committed.

“I was going to Israel last week, it was my first work trip for 60 Minutes and I was doing an interview and I get this text from Wyatt’s other dad, Benjamin, and he said, ‘He just walked!!'” 54-year-old Cooper told Stephen Colbert on The Late Show.

Instead of being excited about his son’s milestone, Cooper joked, “My reaction was fury.”

The CNN anchor noted that he was upset to be out of the country for the first time in a long time, but he was also upset with Wyatt’s other dad.

“I got really pissed at Benjamin,” he admitted. “In my household when I grew up, you would lie about everything. He should have just lied. He should have lied and said, ‘Oh no, he’s not walking at all so when I got home and he walked, we’d be like, ‘Oh my god! It’s the first walk.'”

He joked that his son walks “like a drunken sailor,” adding that while he’s talking, it’s not exactly in English.

“He talks in a dialect of Hindu or Urdu, I’m not sure,” Cooper quipped. “It’s incredible. It’s a really interesting dialect. He doesn’t make any sense at this point, but he’s really committed to it.”

With Father’s Day coming up this weekend, Cooper noted that because his own dad, Wyatt Cooper, died when he was 10, he’d never really celebrated the holiday until becoming a father himself.

“The pain was so great for most of my life I didn’t know Father’s Day was this date,” he shared. “And yet, the interesting thing about having a child is it’s made me sort of connect with my dad and my mom’s past and my brother’s past in a way that I never really anticipated. I feel like I’m in communion with them in some strange way. I remember things about my dad that I never remembered before because I’m experiencing them with Wyatt as a dad.”

He also noted that he has a painting that his late mother, Gloria Vanderbilt, did of herself and Cooper’s father hanging outside of baby Wyatt’s room.

“Every morning when I walk by he stops and he insists on going over and touching the portrait of my mom and my dad, which I find really wonderful,” Cooper shared, visibly emotional.

For more on the journalist’s journey to becoming a dad, watch the clip below.