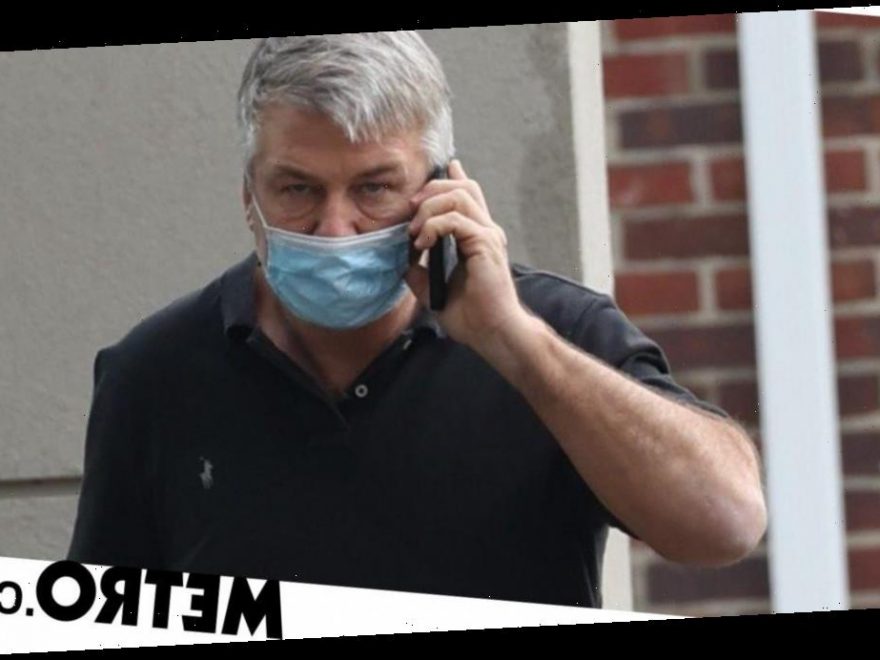 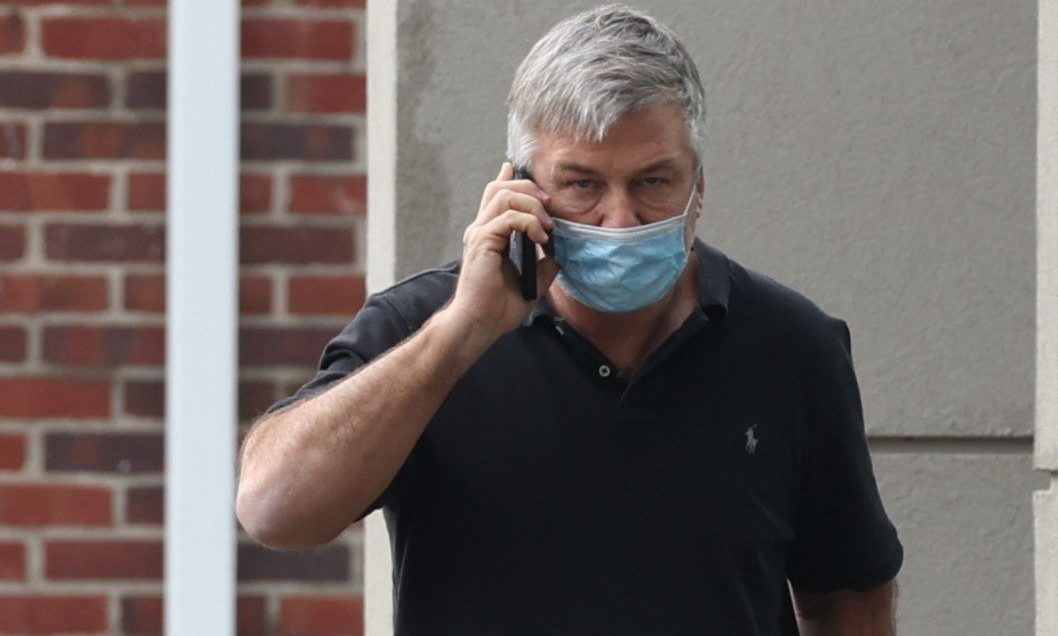 Alec Baldwin was spotted keeping his head down in the Hamptons after wife Hilaria welcomed their sixth child together.

The couple sent fans into a spin when they announced the surprise new arrival on Instagram on Monday, blessing us all with a snap of the little one.

Just before the news emerged, the 30 Rock actor was seen making his way around the area, running errands and grabbing a coffee.

The 62-year-old rocked a black t-shirt and grey trousers for the outing, finishing the look off with trainers and a blue face mask.

Alec and Hilaria, 37, stunned fans as they shared the first photos of their adorable newborn – after managing to keep their baby news completely under wraps.

Giving followers no answers, she simply captioned the post: ‘7❤️?Alec.’

Teasing fans further on her Instagram story, she asked fans: ‘How many babies do you see?’ with the options being five or six.

A source close to the happy couple confirmed the baby news to People.

Hilaria and Alec previously suffered two devastating miscarriages in 2019, with the fitness instructor losing a child in April and November.

They introduced the world to baby Edu last September, with Hilaria revealing shortly after that she was ready to expand their family once more.

‘Everybody’s asking me this question,’ she told People in November. ‘I don’t know. I’ve said in the past that I was done when I wasn’t done. I think, right now, I’m so tired.

‘And I feel, just with Covid — it’s just insanity.’