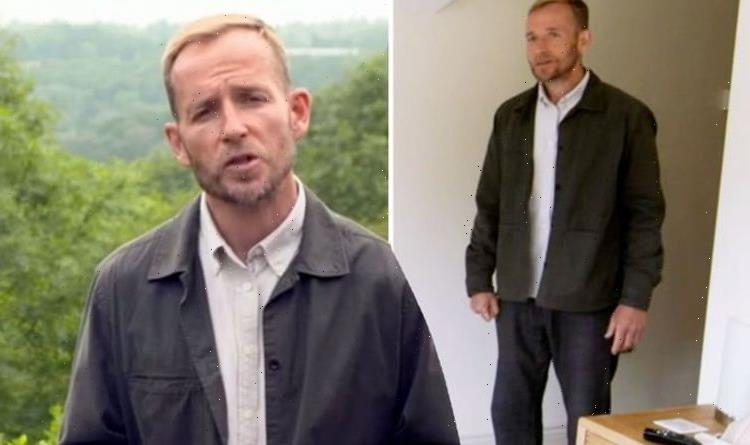 A Place in the Sun: Jonnie Irwin thanks guests for compliment

Jonnie Irwin returned to screens yesterday to front BBC show I Escaped to the Country. The 48-year-old and Alistair Appleton, 51, retraced their steps in Shropshire and caught up with a family’s house-hunting journey and a couple who rebuilt their beloved house after a fire.

Taking to Instagram today, the A Place In The Sun presenter spoke further about the show.

Alongside a picture of the couple, he said: “Life pretty upside down atm and forgot to post to let you know about yesterdays show.(sic)

“Part of our ‘what happened next series’ this episode of ‘I Escaped’ has a very interesting story about a couple (spoiler alert) who bought a house we showed them and then shortly after it burnt down!

“I catch up with them after the rebuild. I also share the hour with @alistair_appletons_mindsprings who catches up with some of his buyers.”

The presenter went on to ask his fans for their thoughts about the show.

Abscrackers2 commented: “Loved this… great house after the rebuild…amazing space and view!”

Ronaldfdouglas added: “How a disaster can turn into something even better… amazing house and place! And of course an amazing TV host.”

As well as having a busy schedule, Jonnie is also a dad to three young sons with his wife Jessica Holmes.

Just before Christmas, the family moved into a new home and took to Instagram to celebrate being out of rented property.

Earlier this week, new episodes of A Place In The Sun came to screens, much to the delight of viewers.

On Monday, the latter jokingly hit back at fans who had complained about repeated episodes being shown in recent weeks.

Taking to Instagram, she said: “A brand new series of A Place In The Sun is starting this afternoon, one of my episodes is on tomorrow.

“I hope you have the chance to tune in and watch it, I think it’s a Tenerife episode.

“But yes, no more whinging about the fact you’re watching old episodes because they are all going to be brand new for the new five weeks.”

She and Jonnie have been presenters on the show since it began in 2004.

The new series will run for the next five weeks.

A Place In The Sun continues today at 3pm on Channel 4.