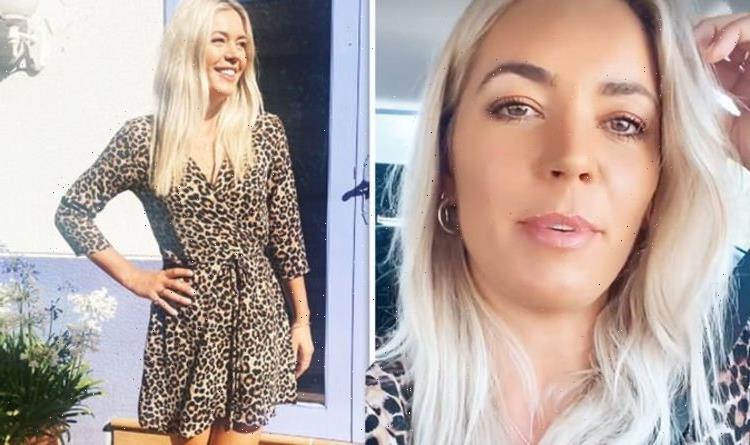 A Place in the Sun: Danni Menzies admits she's 'gutted'

A Place In The Sun presenter Danni Menzies, 32, regularly updates fans about her day-to-day life. Today was no different as the property expert took to Instagram and revealed that she had suffered a clothing issue while working in Spain.

The Channel 4 favourite revealed that she had been busy filming abroad but admitted there was a slight problem.

The small-screen star explained that she had only brought one outfit for her travels.

Danni donned a stunning leopard print dress but said that it was time for her to change her ensemble.

Taking to her Instagram stories, she began: “Day three in the same outfit.

“We started filming the show a day less in Spain because all of the rules have changed because of Brexit.”

Danni added: “Everyone is knackered and I only brought one dress so I am smelling.”

“Hopefully, we’ll be getting off [filming] first.”

The Channel 4 host later took to the picture-sharing site and shared a photo of the outfit she has been wearing while shooting A Place In The Sun.

In a series of snaps, Danni flaunted her enviable curves in the wrap around dress.

The presenter showcased her long pins which she accessorised with a pair of platform wedges.

Her signature blonde locks hung loosely over her shoulders as she beamed at the camera.

She captioned the post: “Time for an outfit change! Loved this little leopard print number.”

In a follow-up video, Danni shared some exciting news about new episodes of A Place In The Sun.

“Loads of people have been messaging me about when the new shows are coming out,” Danni commented.

“I actually don’t know but we’re all working really hard to make them happen.

In a follow-up video, Danni corrected herself and explained that she has been in Spain for the past four days.

“It actually is day four. I’m actually just going a bit delirious because it’s so hot and we’ve been so busy.

Meanwhile, the UK Government have axed the Balearic Islands from its green list.

The popular holiday islands, home to Majorca, Ibiza and Mallorca, will join mainland Spain and the Canary Islands on the amber list.

The new rules, which come into force on July 19, will see unvaccinated Britons facing 10 days of mandatory quarantine upon their return home.

A Place In The Sun airs weekdays on Channel 4 at 3pm.