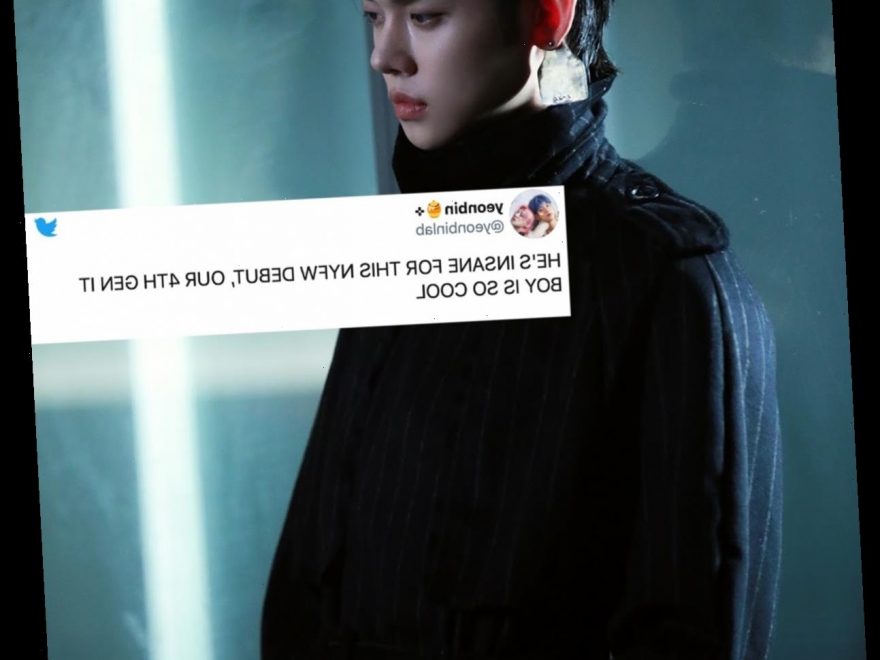 TXT’s Yeonjun is taking a walk down the catwalk! The K-Pop star was tapped to model for the brand ul:kin at New York Fashion week, and fans couldn’t be more excited about his big debut. Yeonjun was looking fierce in his first official fashion week appearance, and these 20 tweets about TXT’s Yeonjun’s NYFW debut are all about his star quality.

According to a press release, Yeonjun was chosen as ul:kin’s brand model for his "tall height" and "exceptional body proportions." The Korean brand actually collaborated with two other fashion labels for the show, WNDERKAMMER and Jarret.

The show kicked off on Feb. 16, and in photos from the event, Yeonjun was dressed in head-to-toe black. One of his looks consisted of a sleek leather trench coat, while he switched things up with a more fitted jacket for another part of the show.

Due to COVID-19 pandemic, the show was streamed virtually with no in-person audience. Now that the stream has finally hit the internet, fans can’t get over Yeonjun’s fashion week debut. Over on Twitter, hundreds of fans shared tweets of praise after seeing the video clip.

"HE’S INSANE FOR THIS NYFW DEBUT, OUR 4TH GEN IT BOY IS SO COOL," another fan tweeted.

Many said this will be the first of many fashion opportunities to come for Yeonjun.

"Yeonjun being on the nyfw website means people from the fashion industries would most likely come across his pictures…. he’ll definitely get more opportunities in the future i am so immensely proud of him," one person tweeted.

Fans felt Yeonjun was a perfect fit for the fashion show, which you can watch in full below.

As K-Pop’s fourth-generation "it boy," the praise kept on rolling in.

MOAs already knew Yeonjun was the fourth generation "it boy," but after seeing his NYFW video, they couldn’t be more proud.