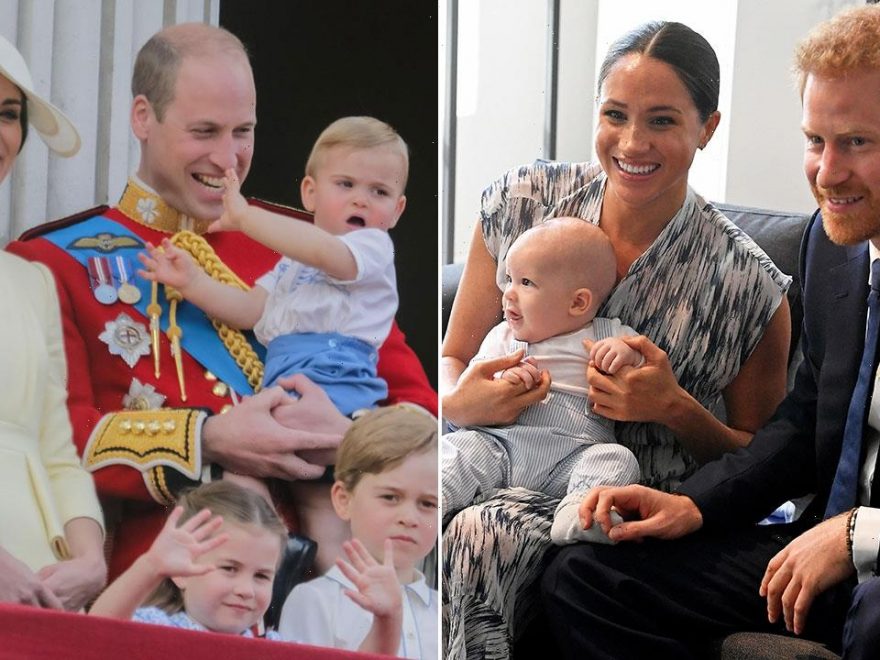 Prince Harry and Meghan Markle’s son Archie Harrison turns two on 6 May and it’s likely the royal toddler may have started pre-school in California, where he lives with his parents.

In new photos, pregnant Meghan was pictured carrying Archie on the side of her growing bump, with her son wearing a green backpack and a space-themed lunchbox seen on his mum’s arm.

If Archie does go to pre-school, there are several suitable places to choose from near the couple’s home in Montecito, Santa Barbara. Below, we look at the education system for pre-schoolers in LA and how it differs from the UK…

WATCH: Harry and Meghan talk about quality time with Archie

At Archie’s age, he is likely to be in a small group of children with lots of free play on the schedule. Pre-schools in the Santa Barbara area are very much focused on children exploring nature and enjoying creative play and arts.

The family on their royal tour of South Africa in 2019

Mum Hannah Hargrave lived in Los Angeles for 16 years and sent her daughter Henley to pre-school there when she was aged two. She told us:

“Having experienced pre-school in LA and in the UK, I’ve found that they are very hands-on in the US. While I’ve had great experiences in England, they were even more creative there. They really changed up the activities day-to-day. It wasn’t seen as just a ‘babysitting’ situation, it was all about the fun.

“There was a real emphasis on nature and being outside – which the weather helped with – and at Henley’s preschool they had a giant turtle wandering around, and chickens and other animals too.

“When it came to activities one stood out for me as they created their very own farmer’s market. The parents brought in fresh fruit and vegetables and the children made their own bags and they set up stalls for after school when parents could come and buy the produce.”

“On a day-to-day basis they would call a register and split their time indoors and outdoors. There was colouring, painting, volcano making, reading time and at the end of the day, instead of a book, they had a dance-off where each kid got to stand up and show off their best dance moves before singing a song and going home.

“I could imagine Meghan and Harry opting for a school which encourages growth of personality and learning through the likes of forest school.

“Many kids at the age of two would be in full time, from 9-5 but you had the option of doing just a few hours. My daughter did three mornings. Children do go to preschool/daycare earlier there as they get much less maternity cover. They spend many years at preschool because they also don’t start primary school until the year they turn 6 (5 in the UK).

“All in all, my daughter absolutely loved it. Her pre-school’s motto was: “If you don’t want your children to come home covered in paint and dirt, this isn’t the place for you”, which I thought was brilliant and honest. This was one of the longest-running preschools in the area.”

MORE: Princess Eugenie talks about the ‘joy’ son August has brought her in emotional letter

Prince Louis on his way to his first day of nursery

Archie’s pre-school education could well be similar to that of his cousin Prince Louis, who has started at Willcocks Nursery School in Kensington, following in the footsteps of his big sister, Princess Charlotte, five, who also attended the same nursery.

Willcocks places huge importance on children being happy first and foremost – a theme that appears similar to the California pre-schools we looked at. Early literacy and maths is taught along with skills for children to understand the world around them, and ‘expressive arts and design’.

We’re sure Archie and Louis would have a blast together on a playdate. With just over a year between them, we can picture the boys enjoying the same games and toys. Here’s to the next generation of royal tots!