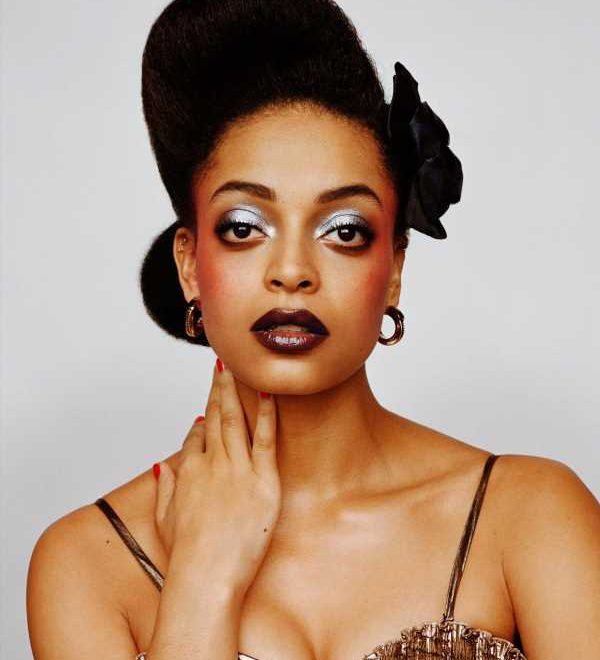 The luxe pigments from the new Rose Hermès collection serve as the starting point for a fresh take on ‘80s war paint.

What do 1970s and ’80s icons Diana Ross, Annie Lennox, and Jerry Hall have in common, besides high-octane glamour and eye-catching fashion choices? Why, their killer contoured cheekbones and well–documented affairs with blush, of course. It’s no wonder this dynamic trio inspired London-based makeup artist Lynsey Alexander to create a series of cheeky looks starring Rose Hermès, a brand-new blush collection from Hermès Beauty.

Diva references notwithstanding, the resulting images are surprisingly down-to-earth. “I wanted the look to feel like it’s from a fan’s point of view—sort of a youthful DIY approach to makeup and color,” says Alexander, who knows a thing or two about idol worship. “Growing up in rural Scotland in the ’80s and ’90s, my brothers and I had Smash Hits covers of Madonna, Sade, and the Eurythmics plastered all over our walls.”

For a fresh take on ’80s war paint, Alexander didn’t limit the products to their intended uses. In some shots, blush was layered on cheeks and lids for a modern monochromatic effect, and in others, richly pigmented lipstick (also by Hermès, bien sûr) served as a stand-in for eye shadow and blush. Instead of using a brush, Alexander applied lipstick straight from the bullet for instant coverage and an impactful—and slightly imperfect—layer of intense color.

Not surprisingly, Hermès’s makeup and brushes are as meticulously crafted as the house’s silk and leather goods. The new powder blush is embossed to resemble the brand’s signature silk twill scarves, and it is infused with a custom fragrance by perfumer Christine Nagel. Hermès’s creative director of shoes and jewelry, Pierre Hardy, designed a featherlight, refillable compact to click shut just so, as well as a coordinating goat-hair blush brush with a hand-lacquered handle that’s pure boudoir candy. There’s even a hot pink limited-edition calfskin “blush purse” for the girl who has absolutely everything.

“They are beautiful objects,” Hardy says. “But there is a lot you don’t see: the sound, the texture, the weight, the feeling when you touch it, the speed with which you can open a top or a lid. All tiny sensations, but they are very important. Beauty is an experience. It doesn’t have to be too excessive, or too difficult, or too much. But it has to be something that pleases you from beginning to end.” Consider us pleased.