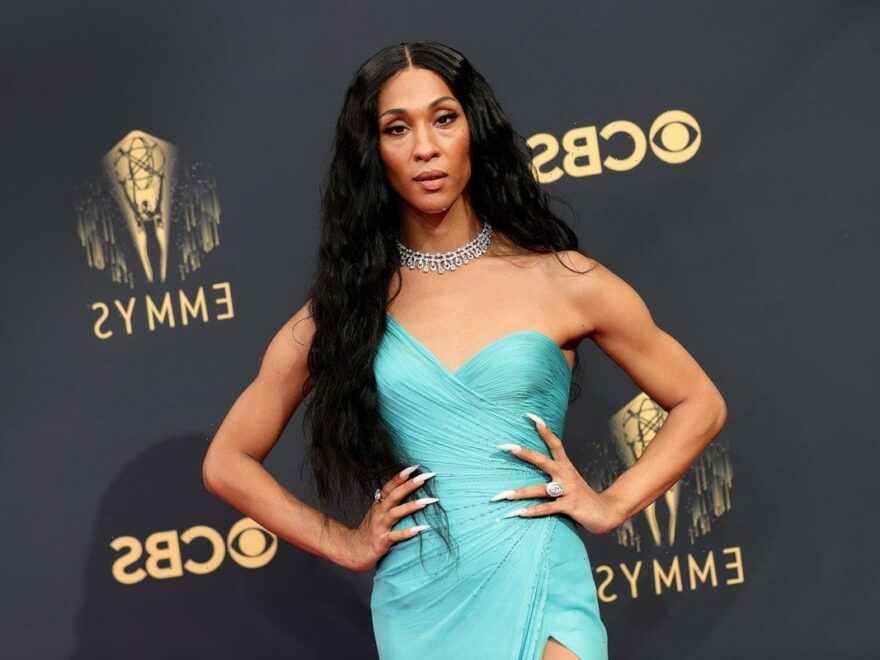 Our favorite television stars worked the Emmys red carpet in prom updos, dress charms with secret messages, and a mom in Tom Ford, but one detail took home the gold. Long talon-shaped nails (stiletto nails, if you will) popped on the red carpet in a major way, and brought serious style drama from stars like MJ Rodriguez, Cynthia Erivo, and Emma Louise Corrin. It’s the perfect way to introduce fatal allure into a look — especially when the winners pose with their awards.

Cynthia Erivo’s coffin-tipped nails were several inches long, and painted in a gentle French manicure style that complimented her Roberto Coin choker and Louis Vuitton gown. Along with her nose ring, platinum blonde buzz cut, and mega lashes, Erivo was a vision of edgy glamour on the red carpet.

We already lost our minds over Emma Louise Corrin’s sharp manicure, but it deserves another mention. Stylist Harry Lambert decked out the Crown star in custom Miu Miu with opera-length gloves for “Crucible realness.” Corrin’s glossy black nails, created by Simone Cummings, peeked through the cut-out fingers for a look that is devilishly thrilling.

MJ Rodriguez’s teal Versace dress was one of the hottest moments on the red carpet, but it was made all the more fierce with her show-stopping talons, in a smooth milky color that mirrored her jewels.

And as a bonus, Insecure’s Issa Rae kept her nails low-key, but accessorized her enamel. She wore a custom grill by Grillz by Scotty, with gold caps, held together with a bar covered in dazzling pavé-set diamonds.