A man was stopped at Newark Liberty International Airport for bringing a loaded assault rifle and ammunition in his checked bag on Monday.

The man of East Orange, N.J., was traveling through the airport when TSA discovered the rifle, which had “a high-powered magazine and an arsenal of ammunition.” The weapon had been “artfully concealed” behind the lining of his suitcase, the TSA said in a media release shared with Fox News. It was found during a screening check. 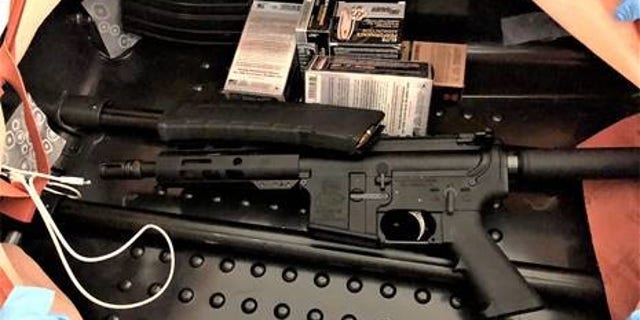 High-capacity magazines and assault rifles are both illegal in New Jersey, where Newark airport is located.
(TSA)

Though guns are allowed to be packed in checked bags, they must be placed in a hard-sided container, unloaded, and disclosed to the airline when checking the bag at the ticket counter, per TSA guidelines. However, the laws for possessing certain firearms vary between states, and travelers must comply with state regulations. High-capacity magazines and assault rifles are both illegal in New Jersey, where Newark airport is located.

Port Authority Police were alerted to the scene and the man was arrested, along with his “traveling companion.” The weapons and bullets were confiscated by authorities.