From U.S. soldiers testing gas masks to wildebeest storming across the Mara River: The powerful entries for the 2018 Smithsonian photo contest

Do you have what it takes to be an award-winning photographer?

Well, if you think you’ve captured a prize shot, you might want to enter Smithsonian.com’s annual photo contest.

The competition has amassed more than 440,000 entries in the 16 years it has been running, with submissions flying in from all over the world.

There are six categories in this year’s contest, including ‘natural world’, ‘the American experience’, ‘travel’, ‘people’, ‘altered images’ and ‘mobile’.

A stormy shot of snow-dusted peaks in China, an intimate moment between an indigenous couple in Mexico and a candid capture of a U.S. marine corps soldier leaving a gas chamber are among the eye-catching entries so far.

Here MailOnline Travel serves up a selection of photos vying for the number one spot. The 2018 competition closes on November 30 and the winner will be announced next spring… 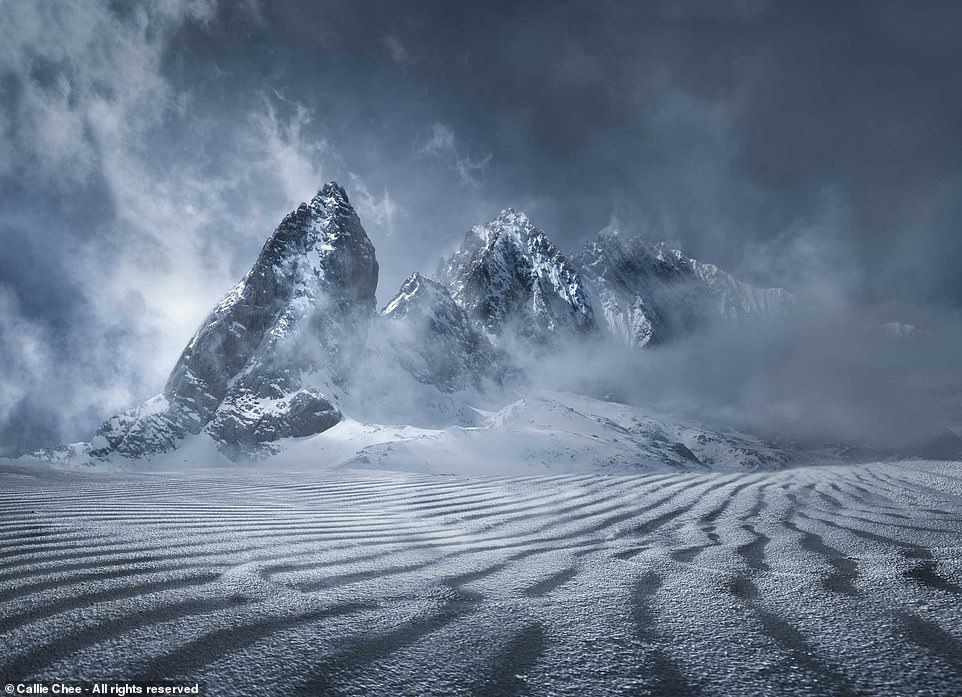 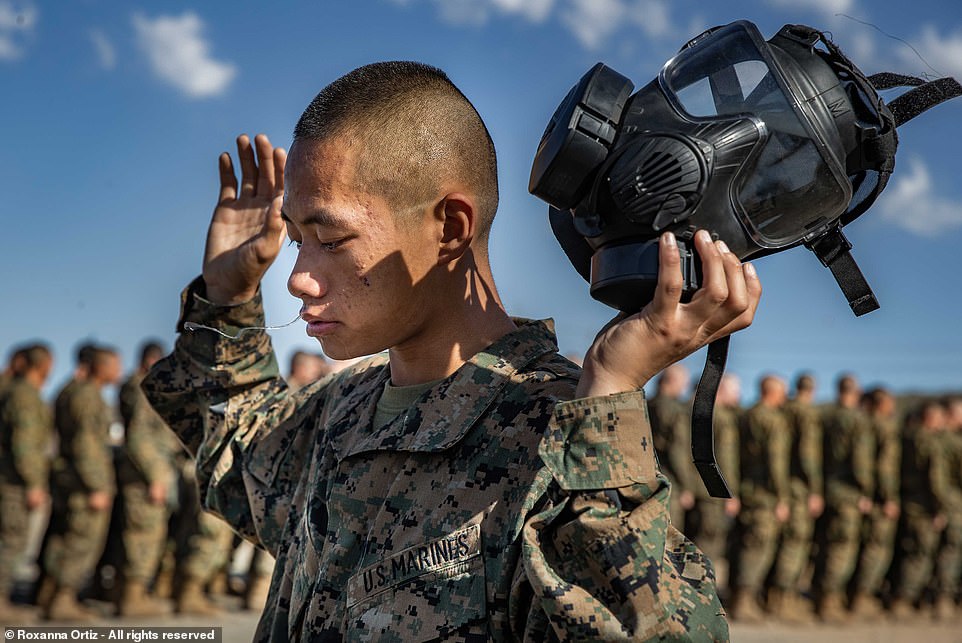 A U.S. Marine Corps recruit exits a gas chamber at an army camp in California. Roxanna Ortiz, who took the image, notes that the gas chamber trains recruits how to use gas masks so they can respond to potential chemical and biological threats 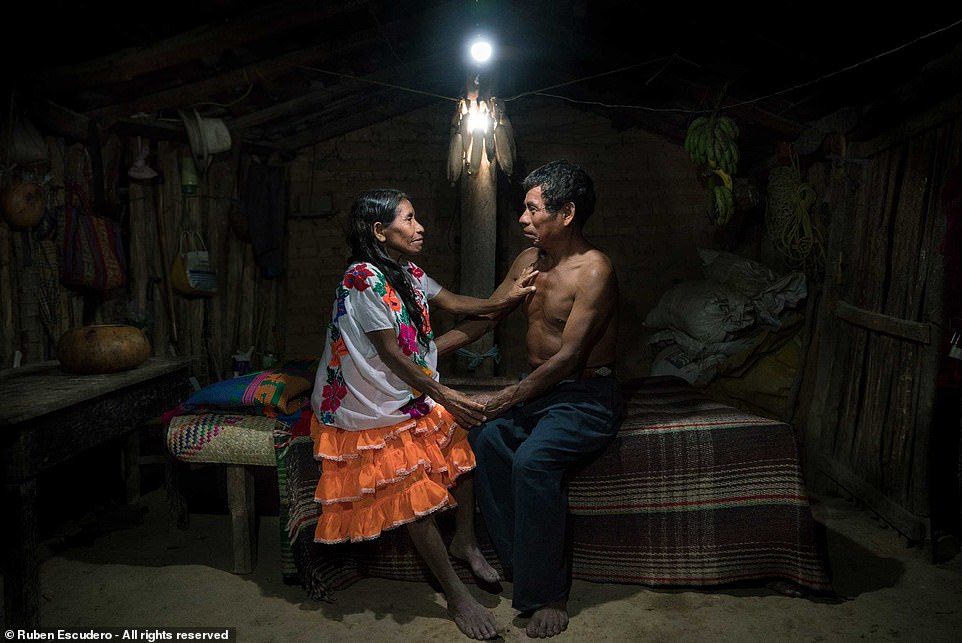 Ruben Escudero from Mexico took this touching portrait showing a couple after solar electricity was fitted in their home. The photographer explains: ‘Faustina Flores Carranza, 66, and her husband Juan Astudillo Jesus, 63, sit in their solar-lit home in San Luis Acatlan, Guerrero, Mexico. Faustina and Juan have seven children and have been together for 48 years. Like many members of the indigenous community, they have never had access to electricity. When asked how having solar has impacted their lives, Juan said, ”For the first time, we are able to look each other in the eyes in our moments of intimacy”‘ 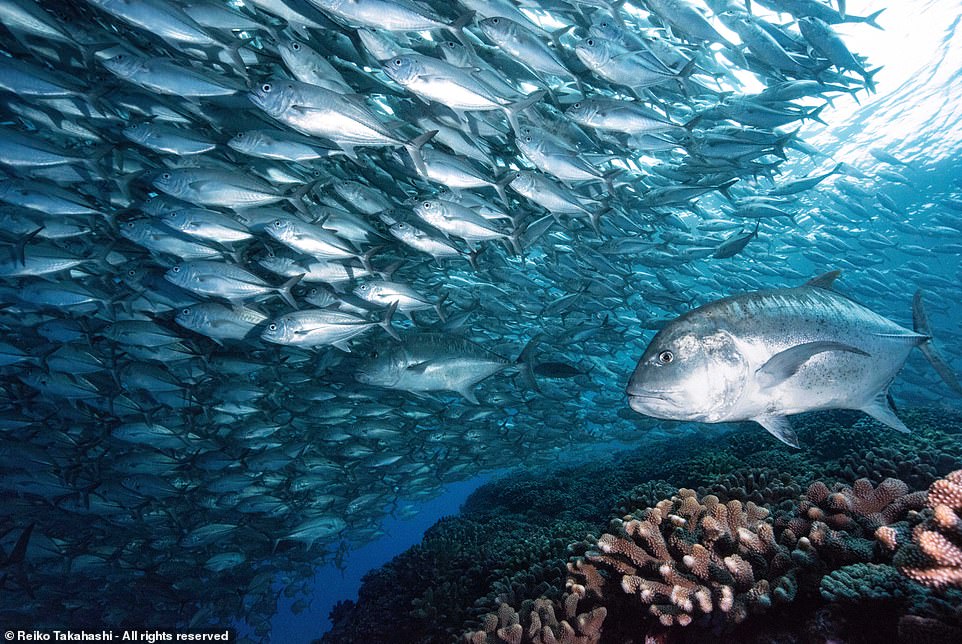 Reiko Takahashi, from Japan, photographed a big school of ‘beautiful’ jackfish swimming off the shores of Aguni Island 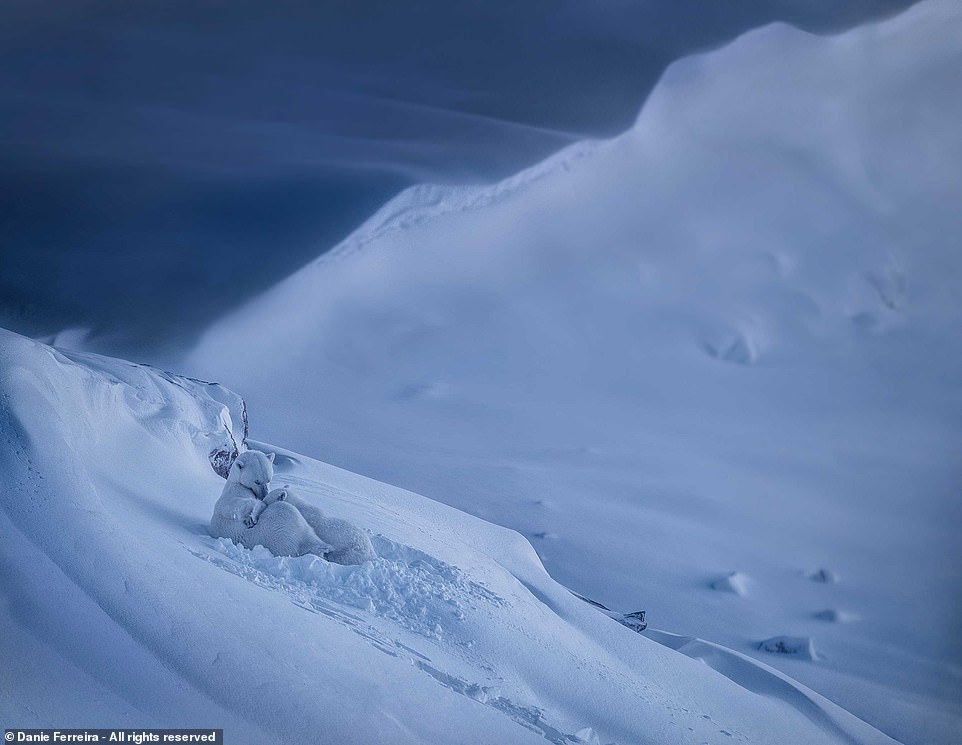 Danie Ferreira from South Africa took this candid shot of a mother polar bear nursing her cub. She said she was on an extreme expedition in east Greenland and travelling by dog sled with locals when she spotted the tender moment 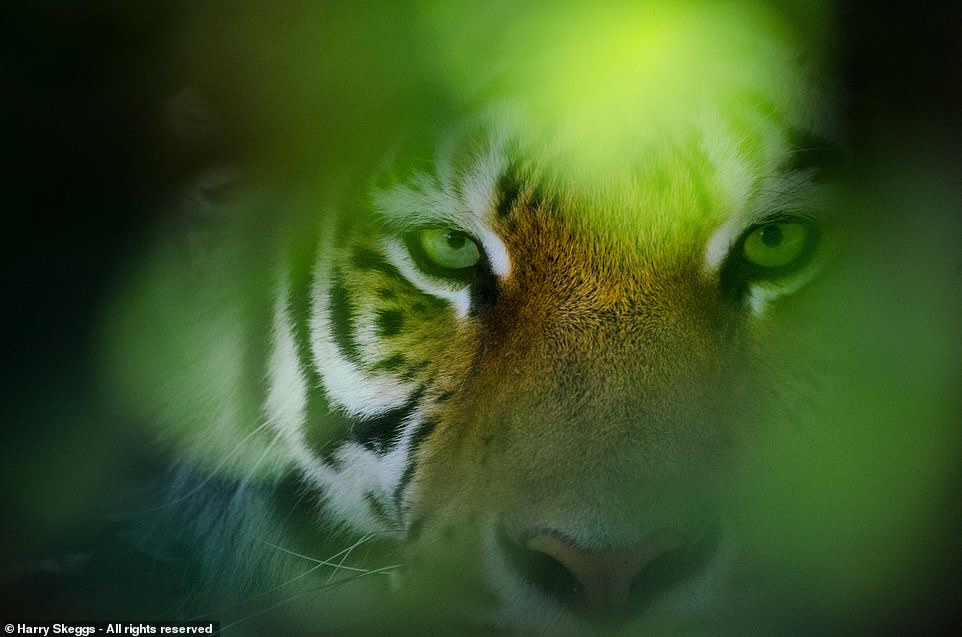 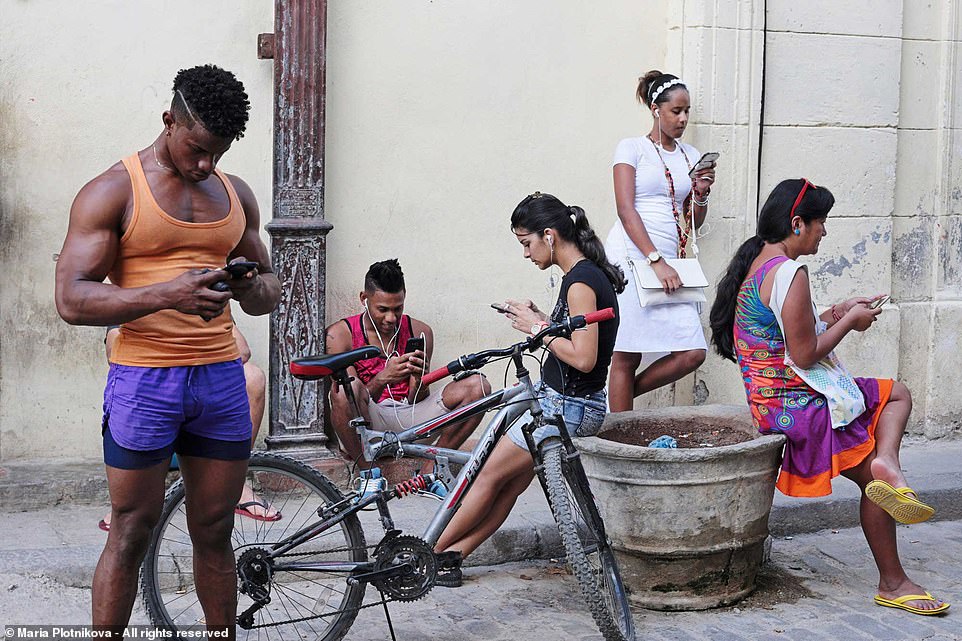 Maria Plotnikova from Moscow, Russia, titled this shot taken in Havana, Cuba, ‘internetization’. She explained: ‘Currently in Cuba, all internet services are controlled by the state-owned telecoms company ETECSA, and internet access in private houses is practically inaccessible. Recently, however, the situation has begun to change. With WiFi hotspots popping up across Cuba’s major cities, Cubans finally are beginning to embrace the internet revolution, more than ten years overdue’

Julio Castro Pardo from Spain said of this picture, showing a magnificent cloud arching over a lighthouse: ‘One of the most beautiful corners of the land where I live, Galicia, is this cape, which is located in the national park of the Atlantic islands. It is a unique environment to enjoy nature’ 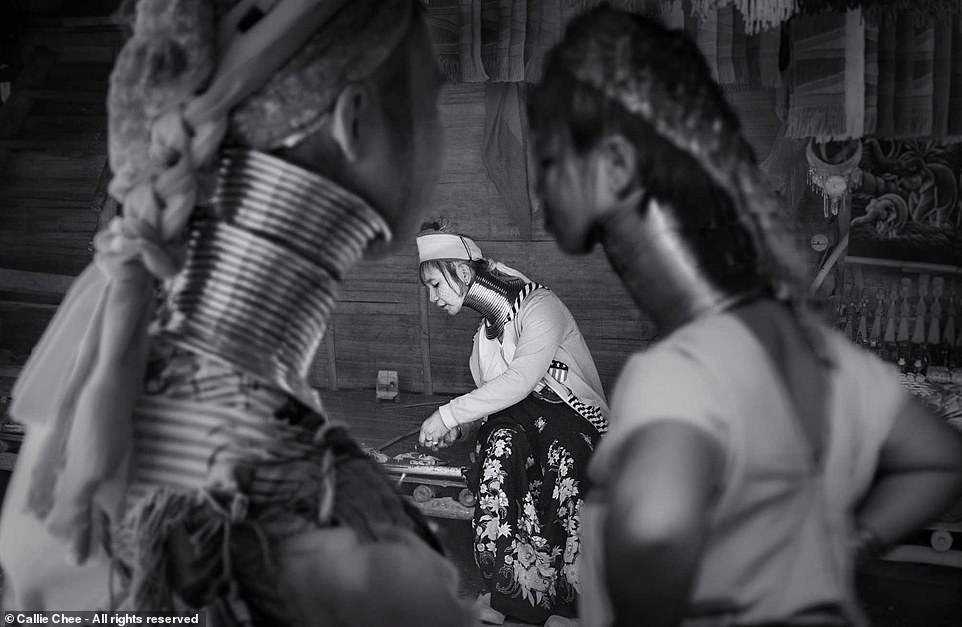 Callie Chee from Australia took this striking image of women from the Karen tribe on the Myanmar side of the Thai border. She explains that the females are best recognized for their elongated necks, with heavy brass rings around their necks and forearms 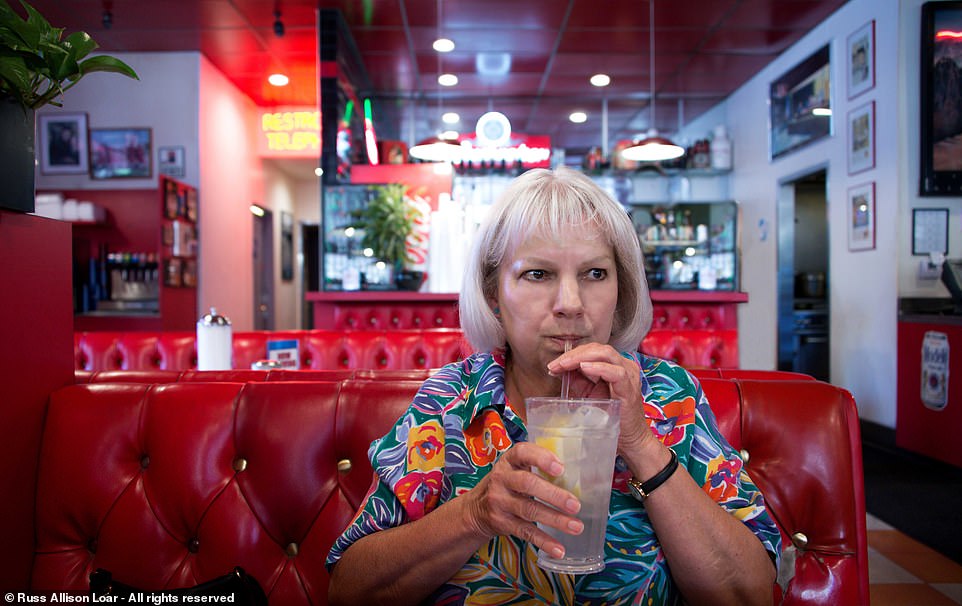 Russ Allison Loar took this colourful image of his wife, Cheryl, at one of the few 1950s diners left in southern California 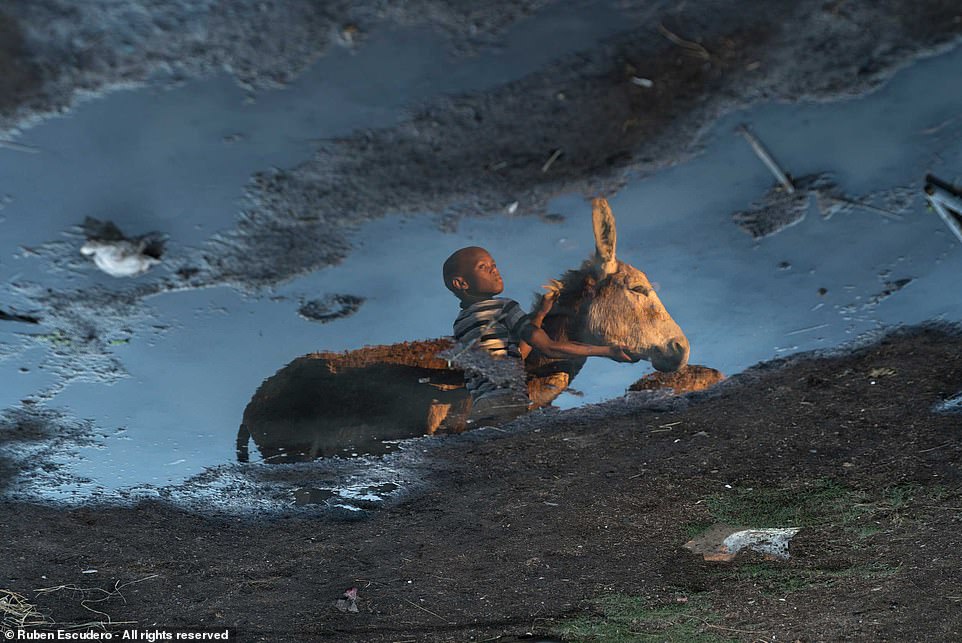 Ruben Escudero took this photo titled ‘reflections in Lesotho’, showing a boy with a baby donkey. He explains that in Lesotho, which is a landlocked country in southern Africa, most small farmers can’t afford tractors or motorised transport so they rely on donkeys for transport and to help cultivate crops 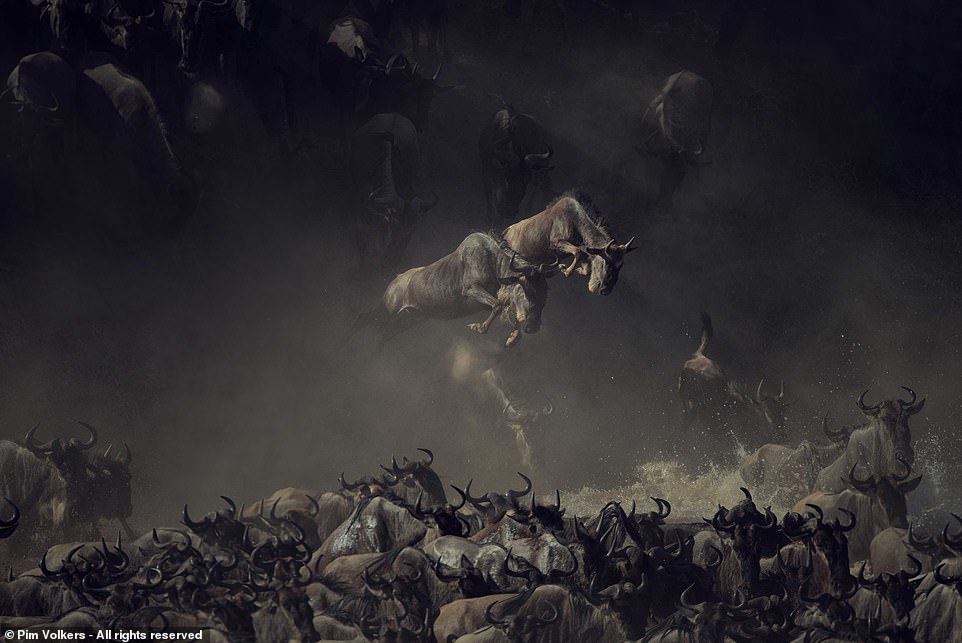 Pim Volkers from the Netherlands took this dramatic shot of wildebeest crossing the Mara River in Tanzania. Commenting on the photo he said: ‘We decided to rise very early to be there before sunrise with the hope they would start crossing with perfect light conditions. And so they did…’ 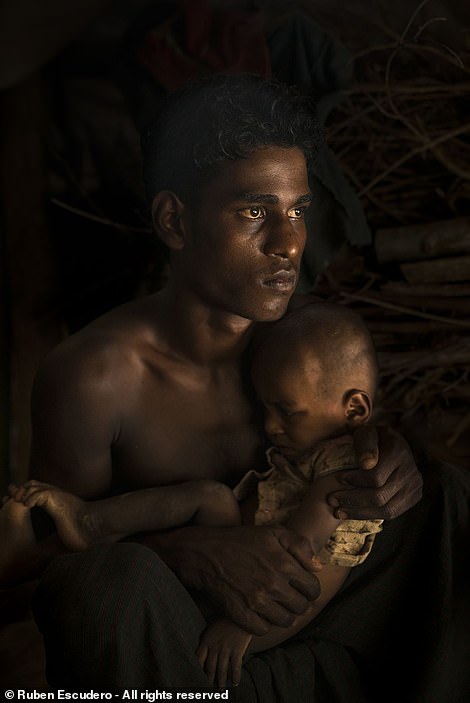 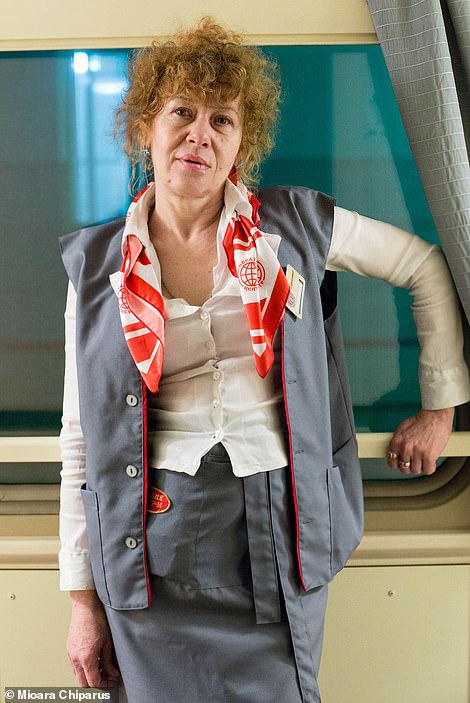 Ruben Escudero took this photograph showing a father cradling his sick two-year old son in a makeshift camp in Bangladesh after fleeing violence in Myanmar (left), while Mioara Chiparus took this photo of her hostess, Ekaterina, who looked after her in a sleeping cart while travelling on the Trans-Siberian train route from Moscow to Vladivostok (right) Willem Kuijpers from the Netherlands took this candid black-and-white shot in Siciliy, Italy. He said that he took it at the end of a 24-hour holy Friday procession in Trapani, with these women weeping as the statue of the Madonna mourning was carried backwards into the church 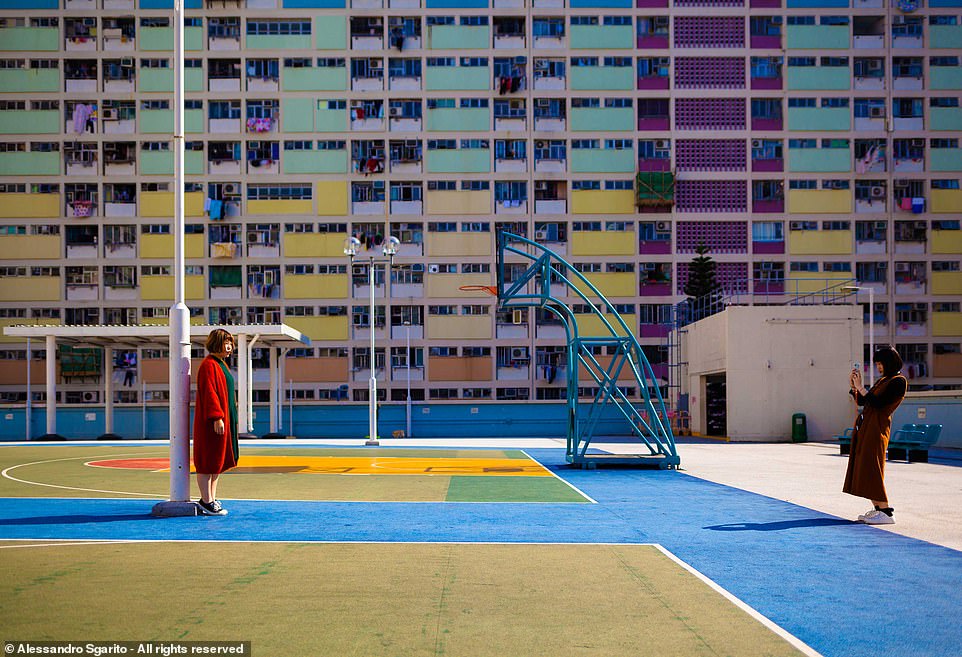 Alessandro Sgarito from Rome took this photo while travelling in Hong Kong. He titled the shot ‘Divas’ and said he looked on as he watched two women striving to get their best pictures one sunny afternoon