THE Canary Islands has banned smoking in public, and has made it compulsory to wear face masks at all times, in an attempt to reduce the spread of coronavirus.

The islands, which include Tenerife and Lanzarote, have also banned all indoor nightlife such as bars and clubs. 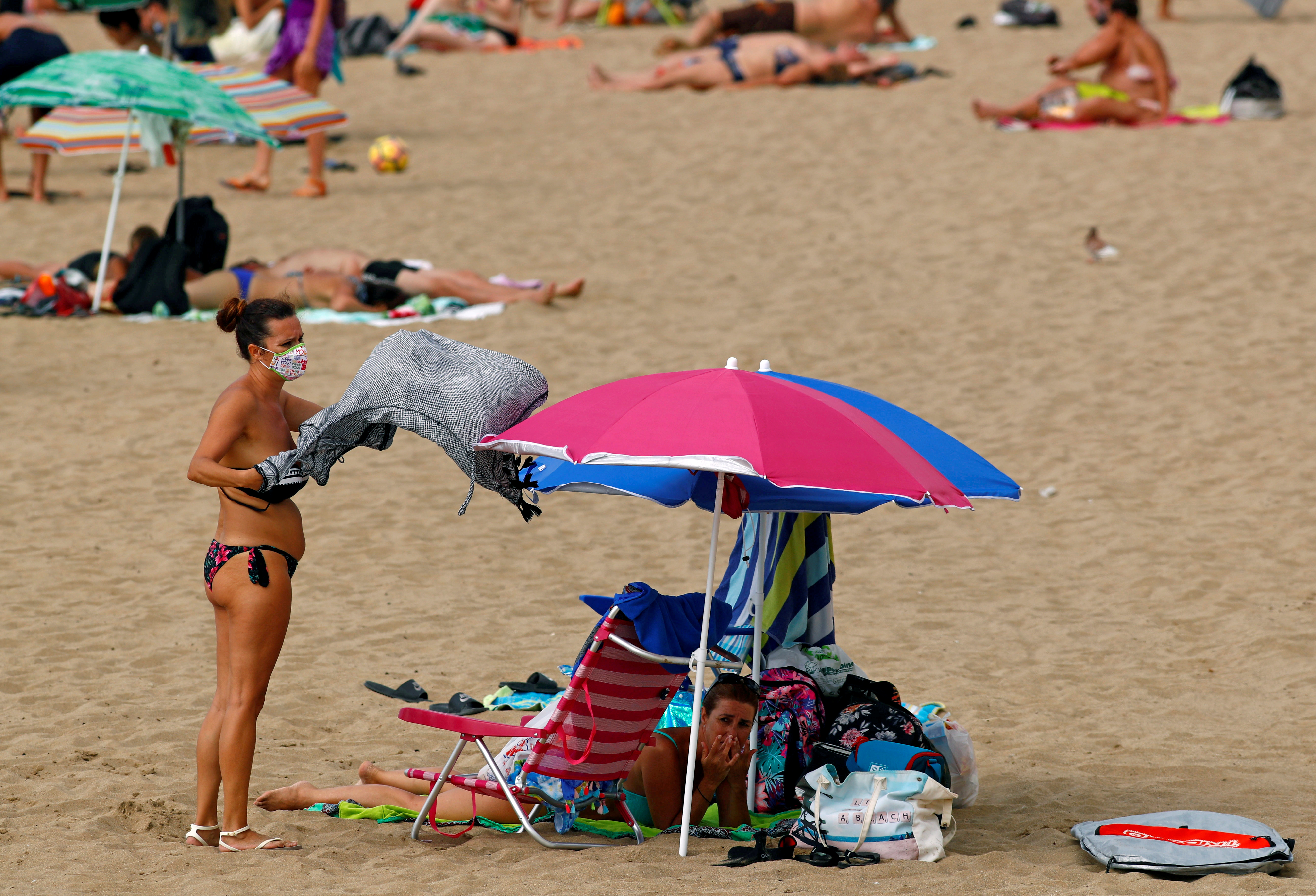 Spain remains on the UK quarantine list, with non-essential travel – which includes holidays – advised against.

The regional government on the Canary Islands has ordered the mandatory use of masks in all spaces, both closed and open, regardless of whether the safety distance of 1.5m can be maintained, and anyone over the age of six is included.

The smoking ban includes both cigarettes and vaping devices and follows in Galicia's footsteps, while regional health minister Ana Barcelo said Alicante and Benidorm may be next.

Smoking cigarettes has been linked to the spread of coronavirus, not only due to the droplets in the smoke exhaled but also because of the constant touching of the mouth, fingers and masks.

The Canary Islands says it has to adopt "more demanding preventive measures" after 28 active outbreaks, with 268 cases – 745 close contacts have been identified and in quarantine. 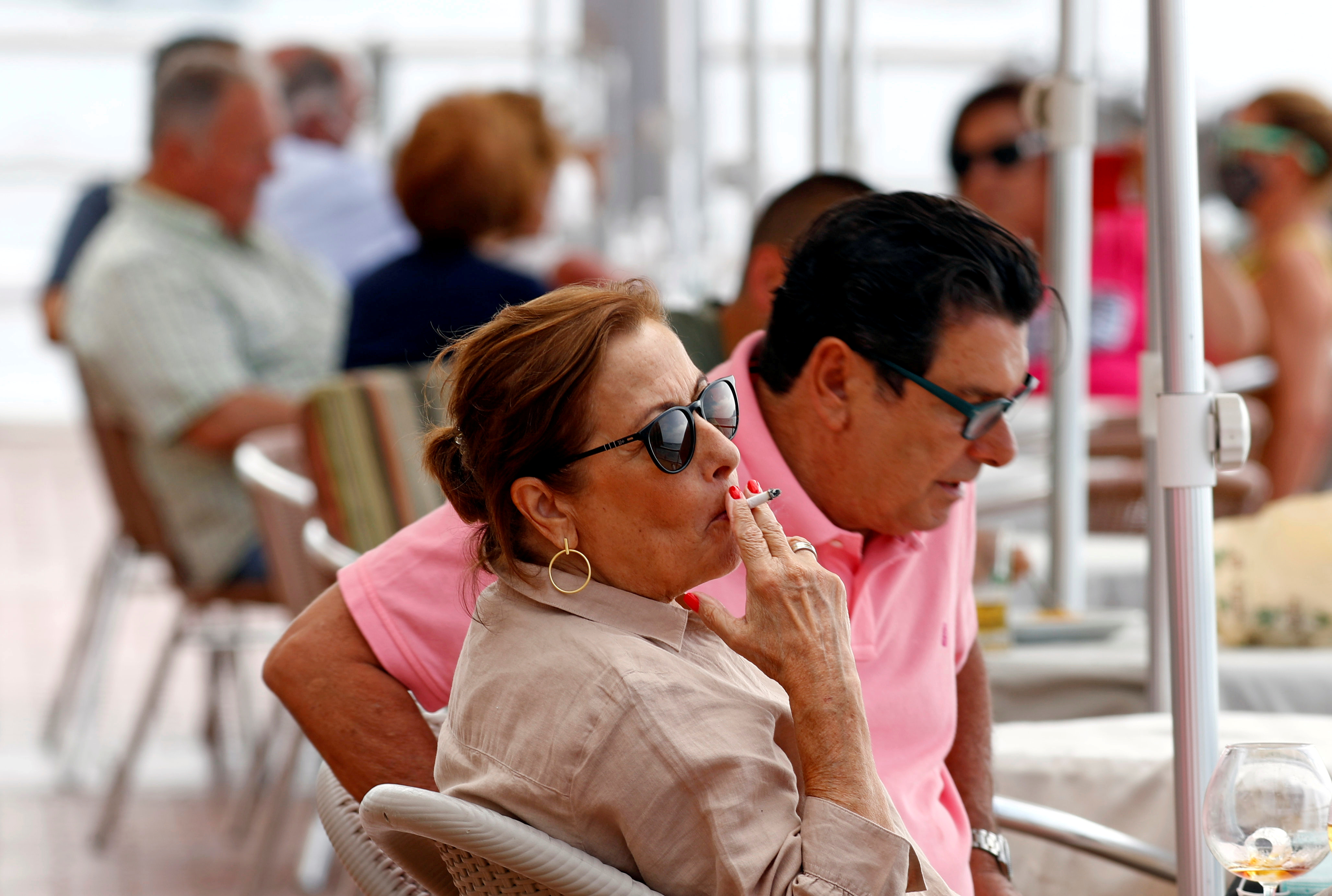 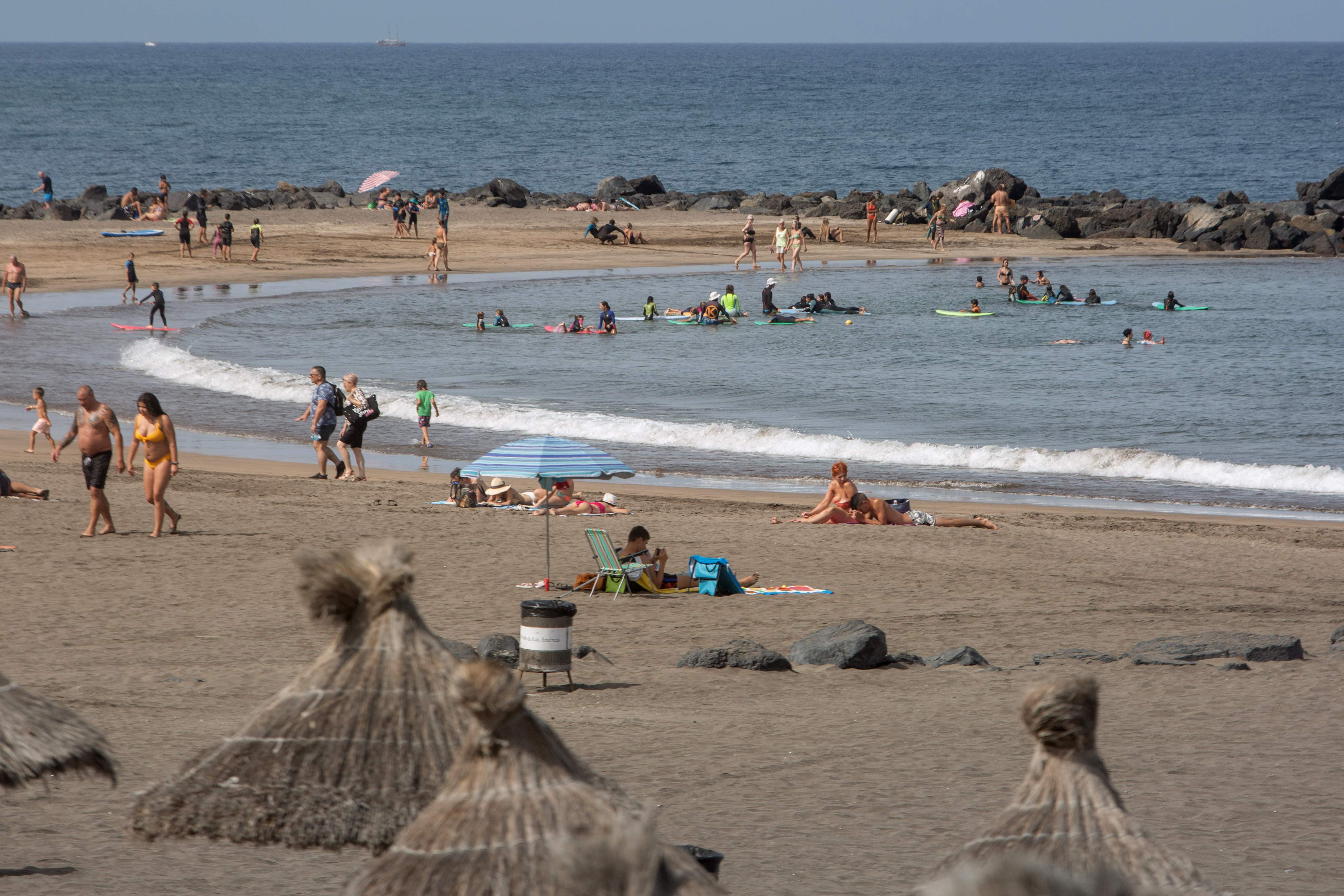 The islands' leaders say there has been a significant increase in cases of COVID-19 in the archipelago in the last week, especially in those under 30 years of age and linked to nightlife.

A government spokesperson explained: "On July 31, there were 15 active outbreaks in the Canary Islands, involving 157 confirmed cases and more than 500 close contacts identified and quarantined.

"In other words, in two weeks the number of people being traced for outbreaks has increased by 50 per cent.

"Faced with this situation, the Governing Council has decided to adopt new restrictive measures proportional to the risk and aimed at those areas or sectors in which the risk of transmission must be reduced."

Face masks will be compulsory in the hotel and restaurant establishments and services, including bars and cafes. The obligation to use it is only excluded at the time of food or drink intake. 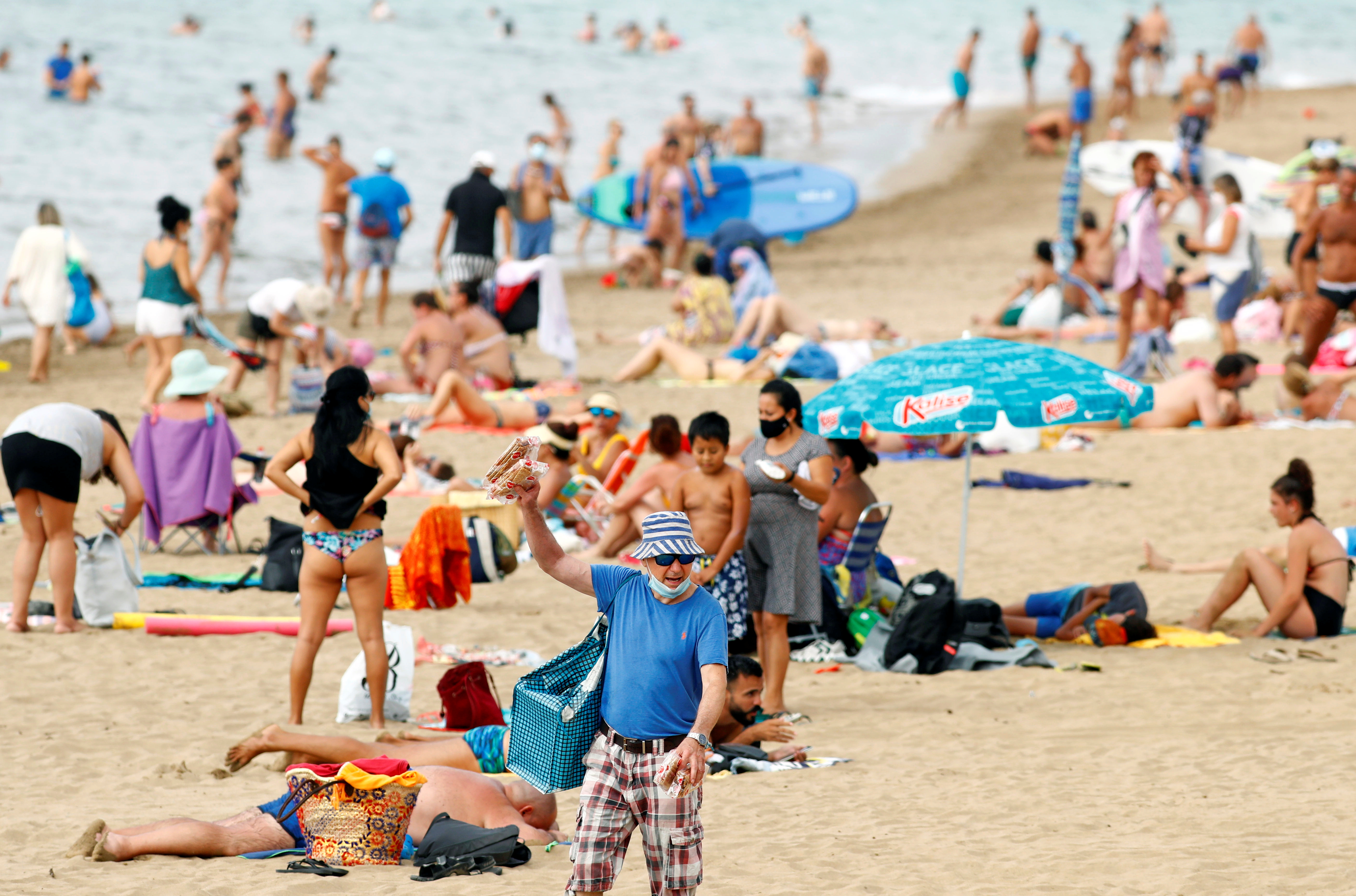 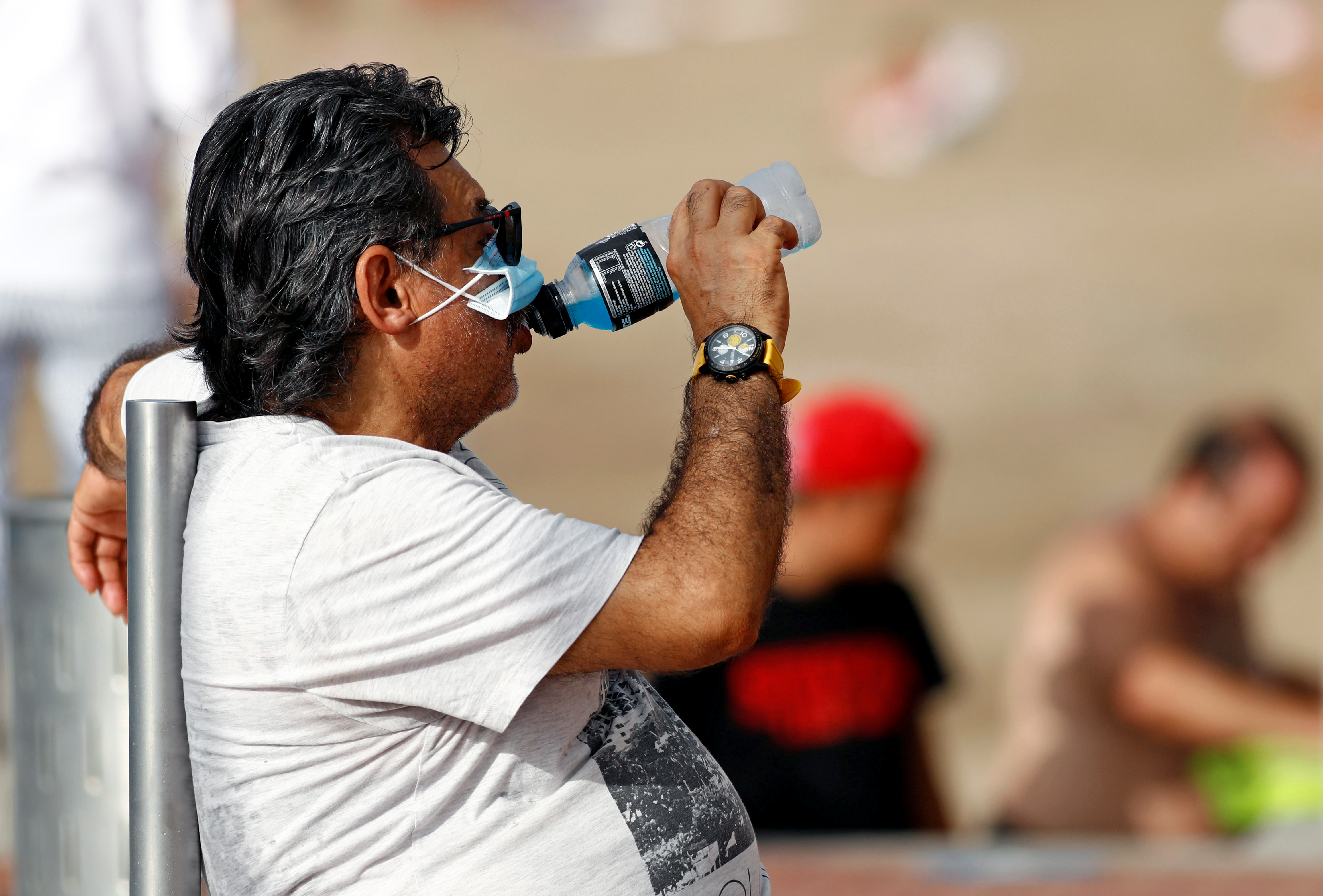 On the beaches and swimming pools, the obligation to use the mask is only excluded while bathing and while remaining in a certain space, without moving, and provided that respect for the interpersonal safety distance between all users can be guaranteed.

The previous rule regarding capacity in bars and restaurants is modified, with the maximum occupation of a table or group of tables being ten people, not 15, both inside and outside the premises.

The separation distance of 1.5m has to be maintained between tables, as well as in the bar between clients or groups.

Regarding nightlife, only that which takes place in open spaces, terrace type is allowed. These premises may be open to the public exclusively for sitting or standing consumption and always in private reserved spaces.

Access will be through groups of up to ten people from their social or family environment, sitting or standing, and consumption will be directly served in each reserved area.

In any case, the capacity in outdoor terraces, discos and nightlife will be a maximum of 75 per cent. In addition, it is necessary to maintain interpersonal distance and the use of a mask.

"Where appropriate, the security personnel will ensure that the interpersonal safety distance is respected and will avoid the formation of large groups and agglomerations, paying special attention to access and immediate areas, as well as to any other area where the safety interpersonal distance," said a spokesperson.

Spanish police busted a coronavirus party aimed at deliberately spreading the killer bug, as cases leap by 700 per cent in a month.

Officials in Tenerife accused more than 60 people of camping on the beach as part of an alleged deliberate attempt to spread Covid-19.