Those whinges turned to gasps as we arrived at Sulphur Springs and the kids read out the sign: “The World’s Only Drive-In Volcano”. 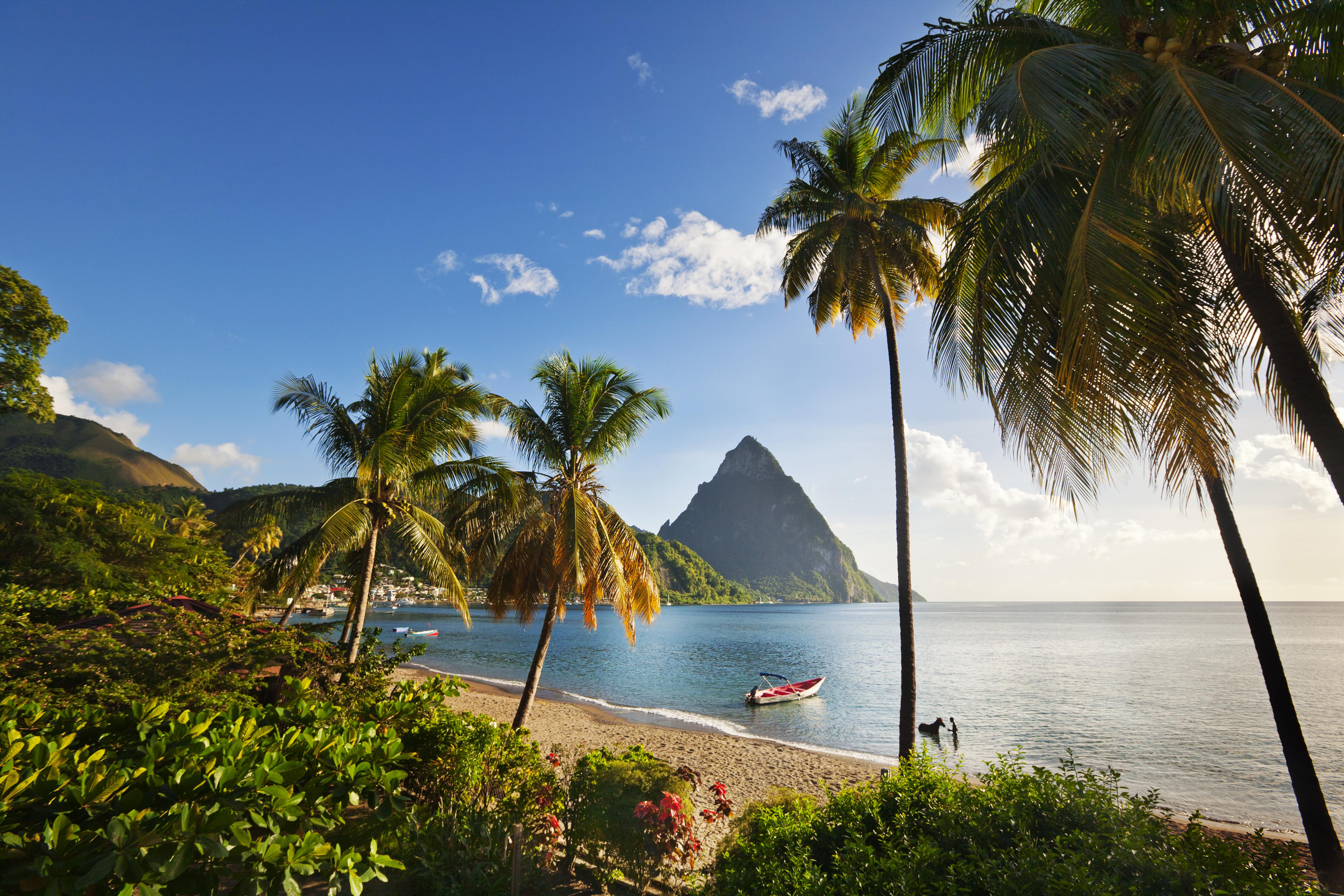 And when we told them we were ALL going to cover ourselves in the warm, mineral-rich volcanic mud, the children were officially in paradise.

The dormant volcano last erupted some 200 years ago but the springs and its famous mud — said to take ten years off you — are one of the top attractions on the Caribbean isle.

For my kids Kitty, aged nine, Jack aged ten and Eddie, 15, it was a storybook adventure come to life — literally. The island’s stunning natural wonders are the setting for a new children’s book The Secret Treasures Of St Lucia.

It tells the story of Jack, a boy who while holidaying at the Coconut Bay Resort meets Nyla, a local young volunteer with the St Lucia National Trust. The pair embark on a whirlwind adventure that takes them to all of the best spots on the island. 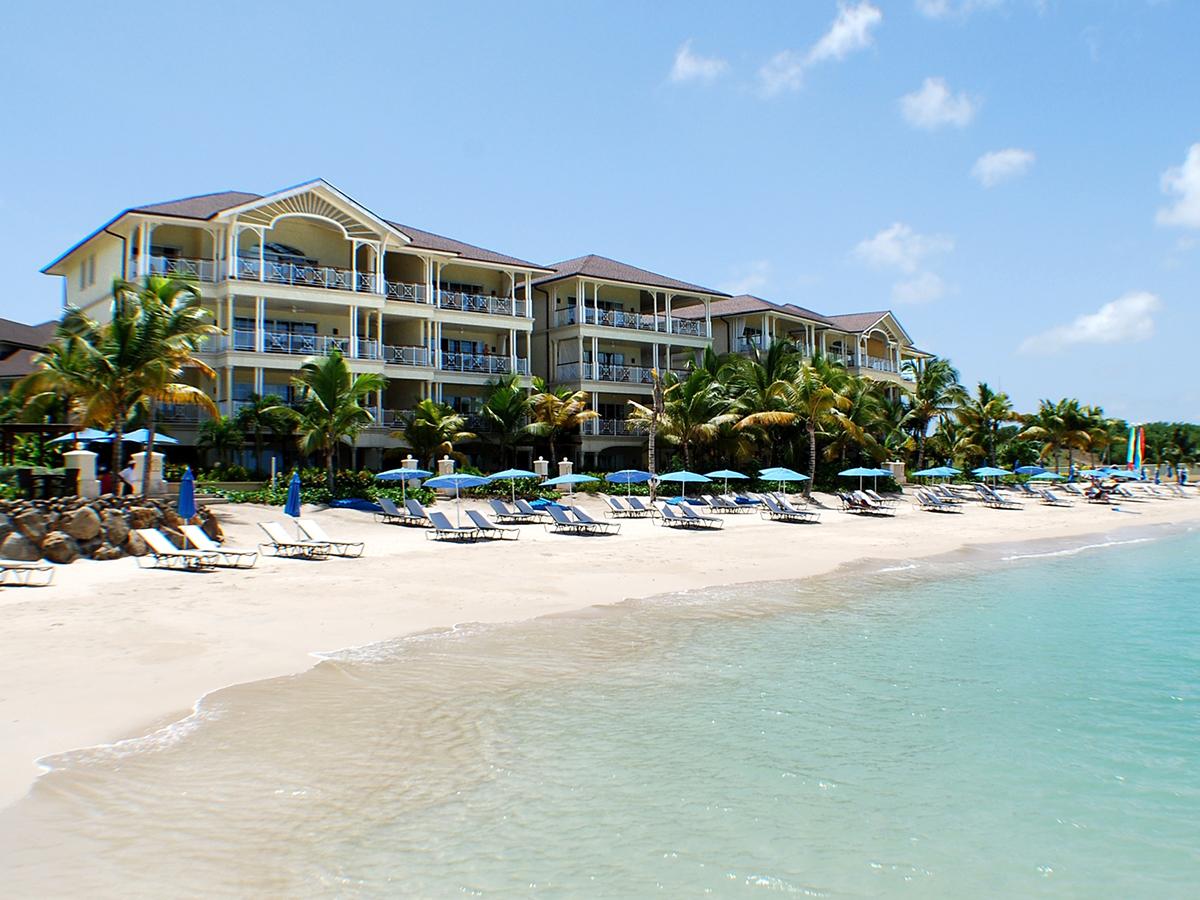 Families travelling to St Lucia with Virgin Holidays will be handed a copy of the book as they fly out to the island, and its the perfect way to inspire the young — and their families — to explore.

Following in the footsteps of Jack and Nyla we left the heat of our volcano experience and took a short drive to Toraille Waterfalls.

It was like a scene from a shampoo advert — apart from the cries and laughter as our less-than-serene kids dived in.

We returned to our hotel — the Coconut Bay Resort described in our book — to relax and relive our adventures over a cocktail or two.

GETTING/STAYING THERE: Virgin Holidays has seven nights all-inclusive at the 4H Coconut Bay Beach Resort & Spa is from £1,115pp based on two adults and two children sharing a deluxe ocean splash room.

Seven nights all-inclusive at The Landings Resort & Spa is from £1,715pp based on two adults sharing a one-bed villa suite.

The family-friendly all-inclusive hotel is just five minutes from the airport and boasts nine restaurants and seven bars as well as a mile-long beach and even a waterpark. It couldn’t have been more perfect.

An early start the following morning found us sailing the calm Caribbean Sea aboard a catamaran. We were about to witness Saint Lucia’s iconic Piton landmarks up close.
En route, we anchored up for the chance to snorkel with tropical fish. The secret to swimming with the fishies? Locals told us to bring a banana. It worked a treat!

Within minutes hundreds of fish were up close and personal to enjoy their snack — giving us a fantastic view. 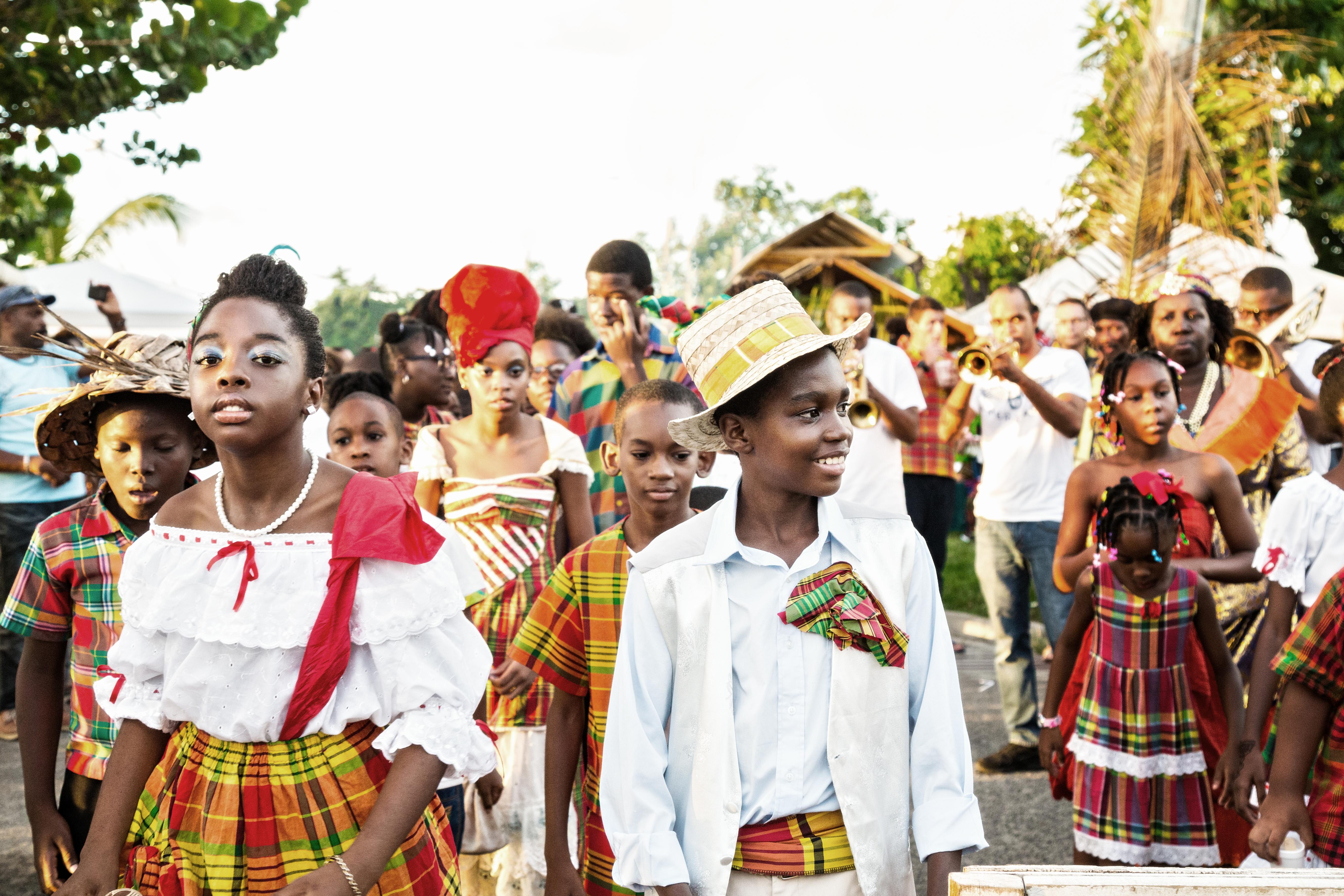 Following the adventures we’d read about in the book, our most exhilarating excursion took us back to the rainforests where we were whizzed through the tree tops at death-defying speeds.

Having never been on a zipwire before, I must admit I was a little worried. More frightened than me was my ten-year-old son whose legs were actually shaking.

He said he couldn’t face it but one of the experienced staff at Treetop Adventure Park in Dennery shared a zipline with him to settle his nerves.

By the time we had been whizzed 12 times from tree-to-tree on lines of up to 800ft across my son wanted to do it all over again!

Coconut Bay has without doubt exceeded my expectations.

It has an awesome waterpark with a lazy river, slides and tubes to whizz down that were appropriate for all ages; a swim-up mocktail bar with a “no adults allowed” sign, foam pool party, table tennis and pool tables. I went horse-riding on the beach here for the first time.

It was a great journey with a great horse and made unforgettable memories.

Snorkelling was also great. I saw so many multi-coloured fish but the people were the best part; I’ve never met any community so welcoming and loving.

IT was a sensational experience. The entertainment, the food, the accommodation and, most amazing of all, the people.

I could never say “I’m bored”, because it would be a lie. Every second that went by was packed with fun and excitement.

I’ve never set foot in a hotel in the same league as Coconut Bay. This extraordinary hotel has everything.

You can order delectable food from the restaurant and with all-inclusive it is a great feeling to eat whatever you want – free.

Coconut Bay is the ideal hotel for kids with a great kids club, kids’ food and drinks menus including in the restaurants; it is all exemplary for children.

The last few days of our trip were spent in the far north at the ultra-luxurious Landings Resort.

Nestled on the tranquil far edge of the otherwise bustling Rodney Bay, the resort is located on a picture-postcard sandy beach a short walk from Pigeon Island National Park.

It seemed fitting this would also be our last adventure as it is also where The Secret Treasures Of Saint Lucia is concluded. Even getting there was part of the excitement — as we boarded the hotel’s own water taxi for the short hop across.

Over on the island we learned about its vital role as a British military base guarding St Lucia from the invading French in the 18th century.

Heading back down to the waterfront, we finished off an idyllic day discovering the island with a traditional curried lamb lunch on the tree-shaded veranda of the Jambe de Bois restaurant.

Luckily our last night was a Friday. Every Friday night across the island, local Saint Lucians welcome in the weekend with a street party.

At nearby Gros Islet music was blasting from wardrobe-sized speakers. We sampled the street food and local rum punch as we took in the intoxicating Caribbean atmosphere.

Our adventure may have come to an end but the memories would live on — and we have got the book to prove it!