Remote U.S. destinations, where social distancing is easier, are generally faring better than cities, which are trying hard to get a bigger share of the leisure crowd. 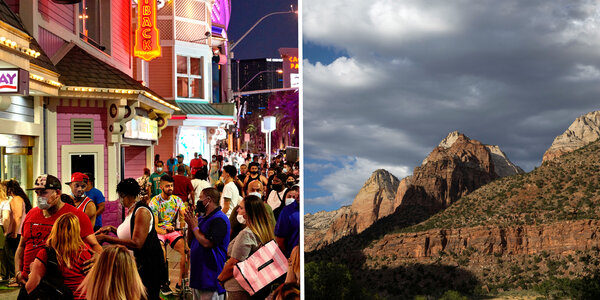 The pandemic has been hard on travel. According to the U.S. Travel Association, it has caused $386 billion in cumulative losses, but the pain hasn’t been evenly distributed. Cities, which are largely reliant on business and group travel, have suffered more compared to rural and outdoor destinations where it is easier to fulfill social-distancing needs. That sense of safety in extra space has tempted many leisure travelers to venture out on vacation.

Lodging results attest to the urban-rural divide. Short-term rentals were most popular in remote rather than city destinations this summer. According to the hotel benchmarking analysts STR, Inc., urban hotels are worse off compared to accommodations elsewhere, with occupancy down more than half in August nationally compared to August 2019. As a result, high-profile city hotels, from the Hilton Times Square in New York City to the Luxe Rodeo Drive in Beverly Hills, Calif., have closed.

“Leisure travel has been the demand driver that has returned more quickly,” said Patrick Mayock, the vice president of research and development at STR, noting that urban hotels “are more reliant on group and business travel.”

The rural-versus-urban contest for leisure travelers is still a losing game for most contenders; for example, rural places consider being down 20 percent a sign of relative health.

Expect the rivalry to intensify, even as most states maintain restrictions on gatherings. In the eighth of a series of surveys, the travel marketing firm MMGY Myriad recently found 42 percent of the 1,200 Americans surveyed — the highest since the pandemic — are likely to take a domestic leisure trip in the next six months. Cities are now rolling out staycation programs, discount incentives and safety assurances to try to claim a bigger share of that traffic.

The following is a look at some of the destinations hit hardest and those that have bounced back. 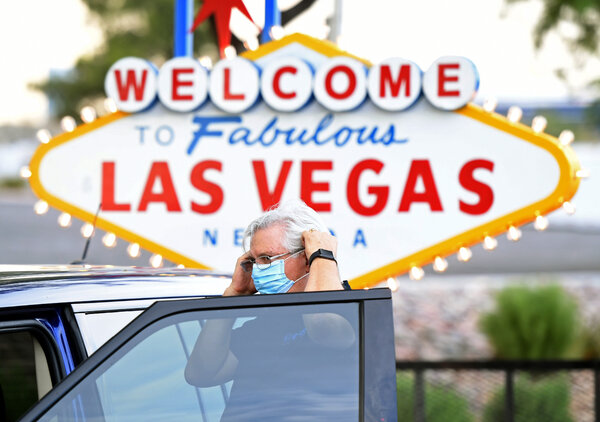 Viva Las Vegas? Not so much.

Some of the biggest convention cities are suffering the most, including Las Vegas, where year-over-year visitor volume was down more than 60 percent to 1.4 million in July, and where the airport was off about the same amount in August, the most recent months for which figures are available.

Conventions, which have been scratched for the last six months, drew 6.6 million of the city’s 42.5 million visitors in 2019, generating $6.6 billion. With gatherings limited to 250, football fans are shut out of the new stadium built for the Raiders, the N.F.L. team that moved to Las Vegas from Oakland, Calif., this season.

With a tack to leisure travel only, hotels and tourism operators are reframing their approaches. MGM Resorts, which operates some of the best-known resorts on the Strip, including the Bellagio, began offering work-from-hotel packages, called “Viva Las Office,” starting around $100, including Wi-Fi and some food and beverage credits. The company is also gambling that visitors will appreciate smoke-free casinos; its Park MGM and NoMad Las Vegas hotels, which occupy the same building and reopened Sept. 30, are smoke free.

Ever the chameleon, Las Vegas continues to develop its leisure appeal, even though the Las Vegas Review-Journal reported that several casinos on the Strip were the leading sources of possible Covid-19 exposures this summer. At the end of the month, the new Circa Resort & Casino, with the city’s largest sports book spread across three stories, is expected to open. The new art and event space AREA15 recently opened, requiring free reservations to control capacity, for visitors to its art installations.

Another popular city for meetings and events, Miami has come a long way since April, when 85 percent of tourism disappeared. In addition to losing business travel, Miami suffered when the United States border was closed — the city is popular with South Americans, in particular — cruises were shut down and cases of Covid-19 spiked over the summer. Now, hotel sales are about half compared to last year, thanks to the uptick in leisure travel.