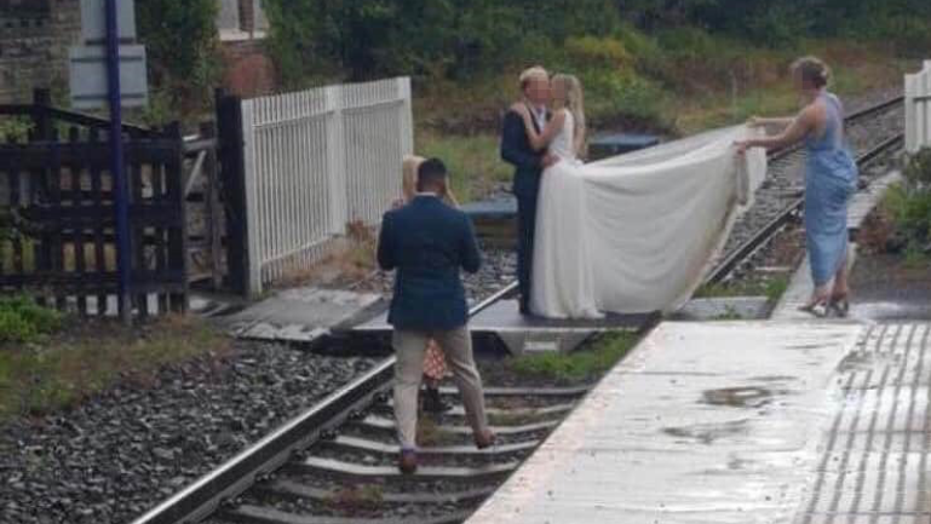 Chloe Carroll on how her wedding rings survived a California wildfire.

Here comes the bride, all dressed in white. And look, there’s a train behind her. Literally.

The operators of a large railway-infrastructure network in the U.K. are publicly shaming a bride and groom who posed for wedding photos on its railway tracks, describing their actions as “plain stupidity.” 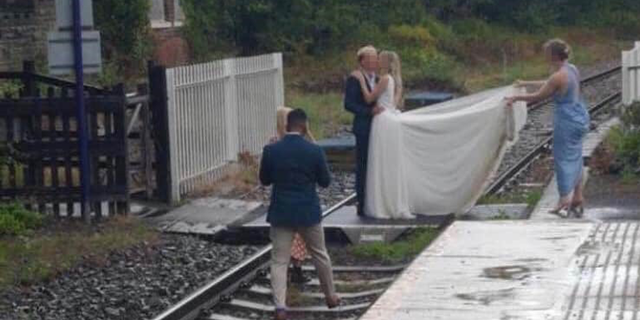 “Wedding photos or selfies on the track are just plain stupidity," said Allan Spence, the head of Passenger and Public Safety for the U.K. Network Rail service.
(Network Rail)

Network Rail, which owns and operates 20,000 miles of railway track, and manages 20 of the U.K.’s biggest train stations, made the comment on Monday, in a news release warning of significant increases in instances of trespassing on the tracks.

“Newly released figures from Network Rail and British Transport Police show that there were 5,100 trespass incidents over the summer months, with the total number of incidents recorded in September 2020 — 1,239 — the worst recorded for that month in the past five years,” reads the release.

Network Rail partially blames the easing of lockdowns as the cause, noting an uptick in instances in both August and September — the first such uptick observed in three years for those particular months. More specifically, Network Rail claims adults make up the bulk of offenders, likely thanks to a “You vs. Train” campaign it launched in 2018, warning younger citizens of the dangers of youth trespassing.

To illustrate its point, Network Rail also released photographs from recent trespassing incidents, including the photo of the bride and groom posing on the tracks, as well as a picture of a photographer setting up lighting equipment near a railway in Wales. 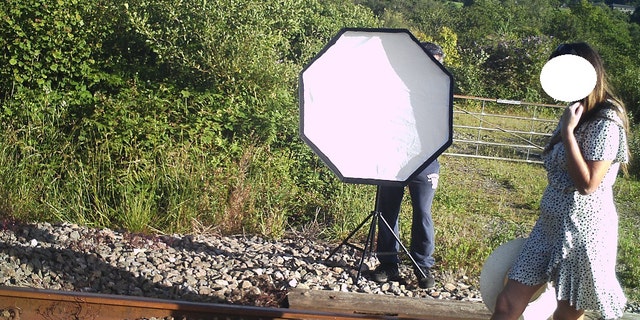 “The railway is not an appropriate or safe setting for a photographic backdrop, no matter how scenic the setting,” said Alison Evans, superintendent of the British Transport Police, in a statement included with the news release. “Every time someone strays onto the rail network they are not only putting themselves at risk of serious, life-threatening injury, but also delaying essential journeys. Passenger and freight trains are still using the railway 24 hours a day, 7 days a week, providing much needed services of transporting people and goods. Please, stay off the track."

Allan Spence, the head of Passenger & Public Safety for Network Rail, put it more bluntly: “Wedding photos or selfies on the track are just plain stupidity.”