They come complete with LED lighting and sound effects, to impress the children (or fellow adult Star Wars fans). 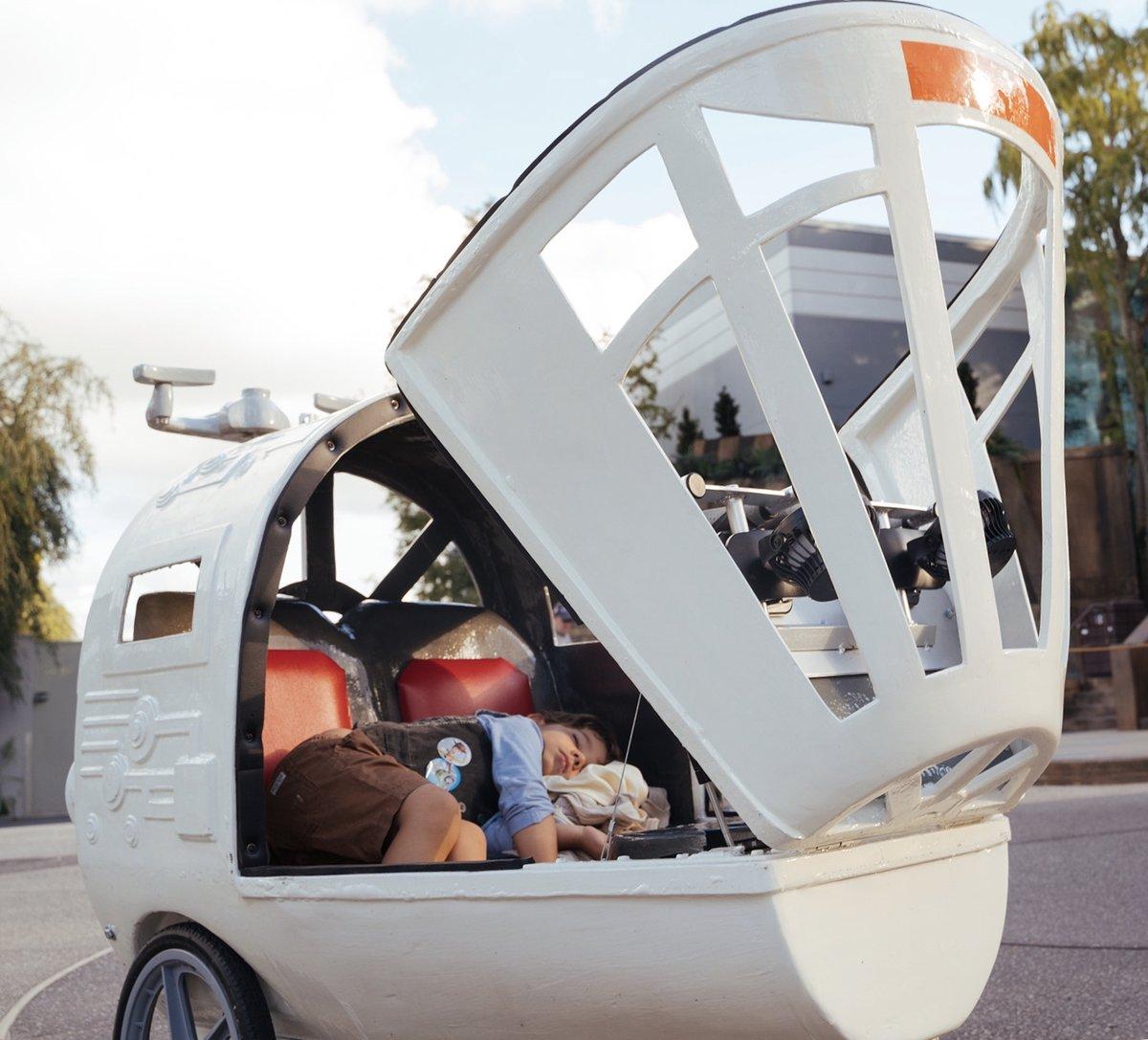 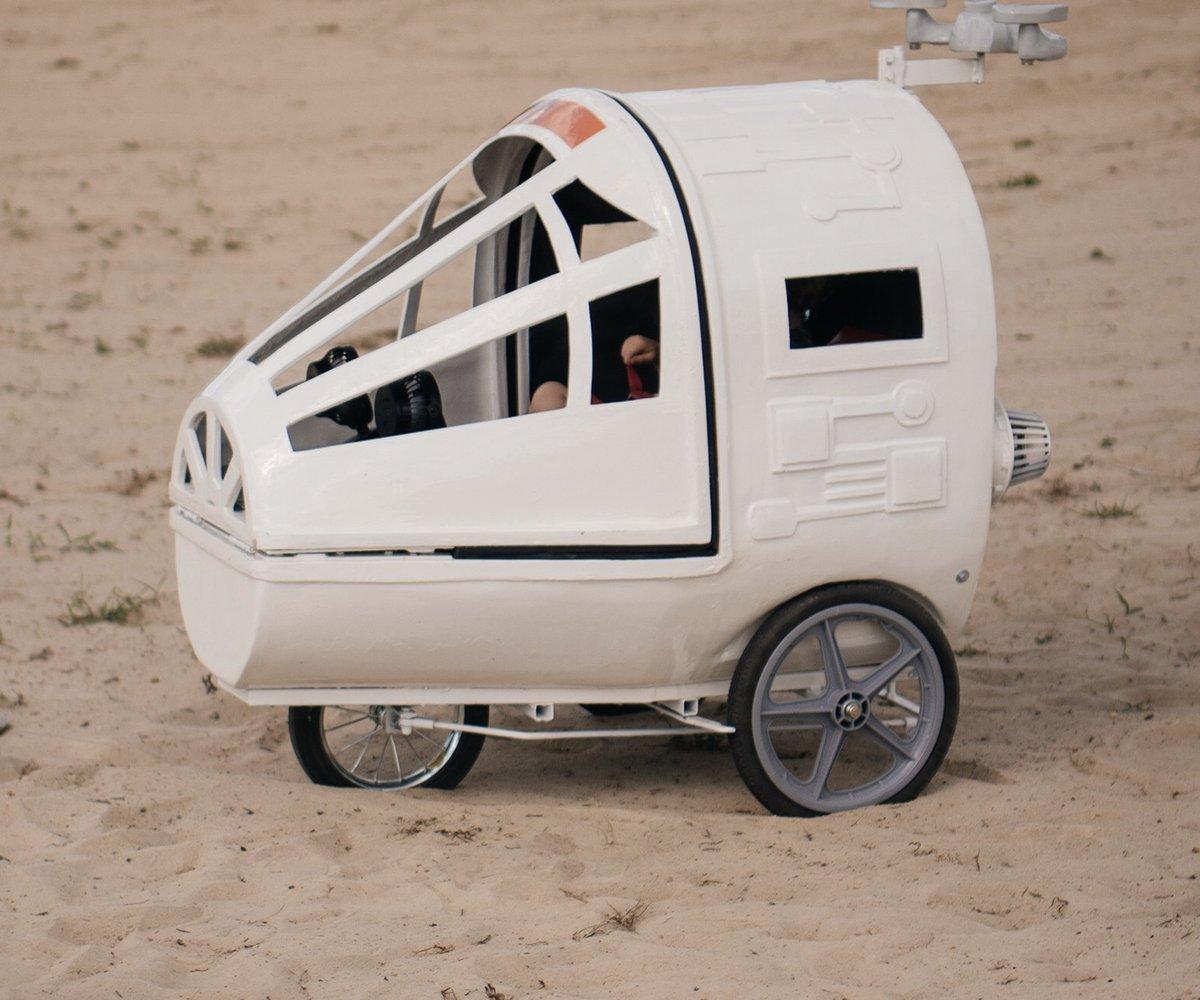 Called Spaceship Strollers, the buggies are made from custom fibreglass and take inspiration from the ship’s cockpit on Star Wars.

They will be available to rent from March 1 next year.

Or there’s the Spaceship Surprise package for $241 (£187) that includes a “red carpet rollout”, themed music and a drop off at the park in a Mercedes-Benz Sprinter. 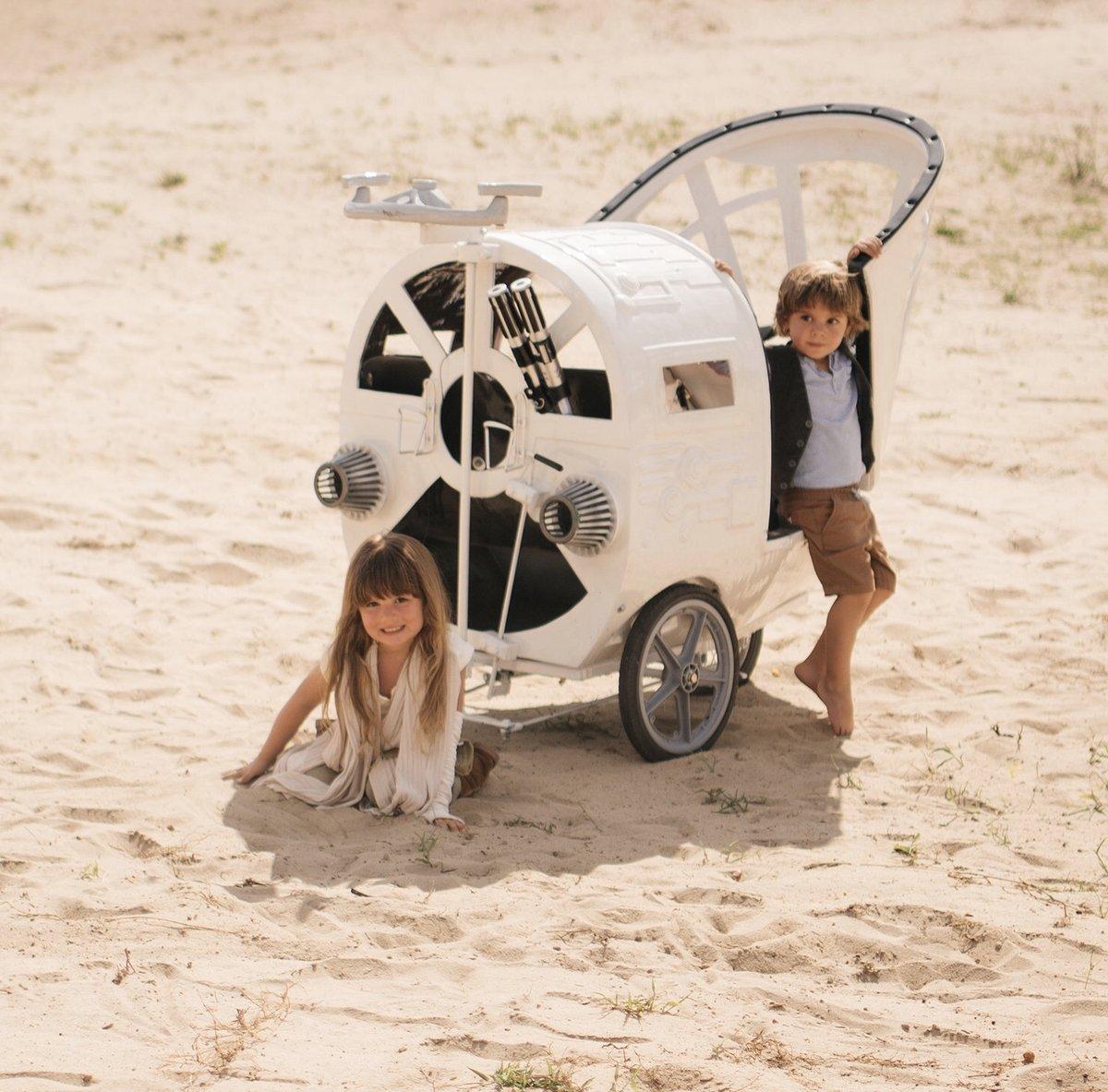 Inside, kids get a “steering wheel” and there’s a dashboard where they can flick switches that will make spaceship noises, such as the sound of an aircraft taking off.

A company called Fantasy Strollers has created the buggies – which will be perfect for taking to the new Star Wars: Galaxy’s Edge theme park when it opens at Disney World in summer 2019.

The company also makes strollers that are fit for Disney princesses.

Made from blue and silver steel, the company’s Cinderella Carriage Strollers have space for two children.

Sun Online Travel previously revealed two new videos showing clips of the new Star Wars land and what it's going to be like.

The new footage was shared at the D23 expo’s Destination D event at Walt Disney World Resort in Florida.

In one ride, which has now been revealed as Millennium Falcon: Smugglers Run, guests behind the controls of the most famous ship in the galaxy in one of three flight crew roles.

The second attraction, which puts guests in the middle of an epic battle between the Resistance and the First Order, is called Star Wars: Rise of the Resistance.

Sun Online Travel previously revealed that Brits get a better deal at Disney World than any other nation – and this is why.