New owner wanted for one of the most northerly bars in the world, where polar bears look in through the windows and darkness endures for more than 100 days a year

When it is dark for more than 100 days in the depths of the bone-chilling Arctic winter, even the polar bears want to get into the Svalbar – one of the most northerly pubs in the world.

Located in a former mining town on Svalbard, just 650 miles from the North Pole, this unique bar and restaurant has been feeding and watering Arctic and wilderness explorers for over a decade.

With winter temperatures locked at minus 18 degrees Celsius for weeks on end, the pub has a captive audience among the 3,000 permanent residents and 70,000 tourists who visit Svalbard, the Arctic island archipelago set among the roaring seas between Norway and the top of the world. And now the bar is up for sale – and it’s expected to sell for a cool one million euros (£900,000). 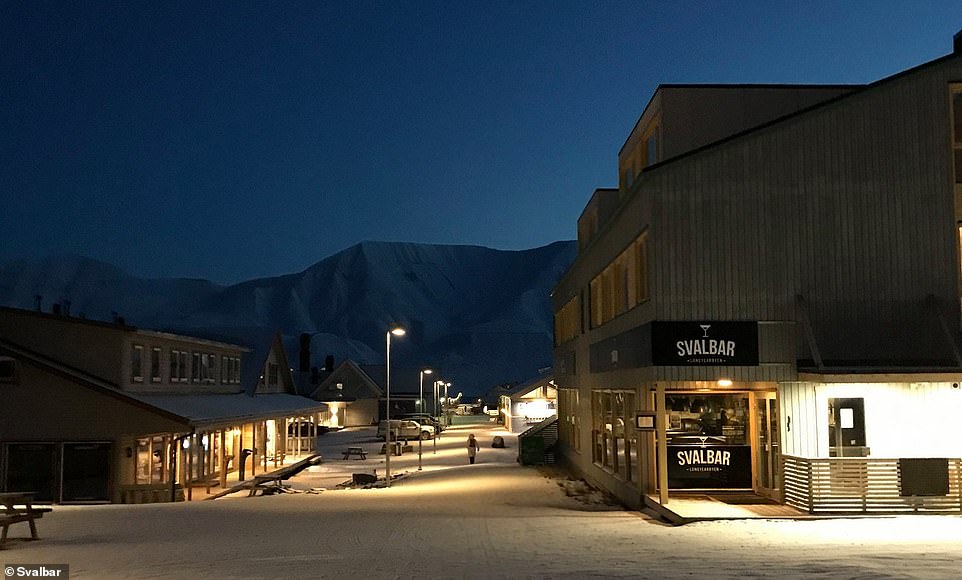 The Svalbar, pictured, is one of the most northerly pubs in the world – and now it’s up for sale 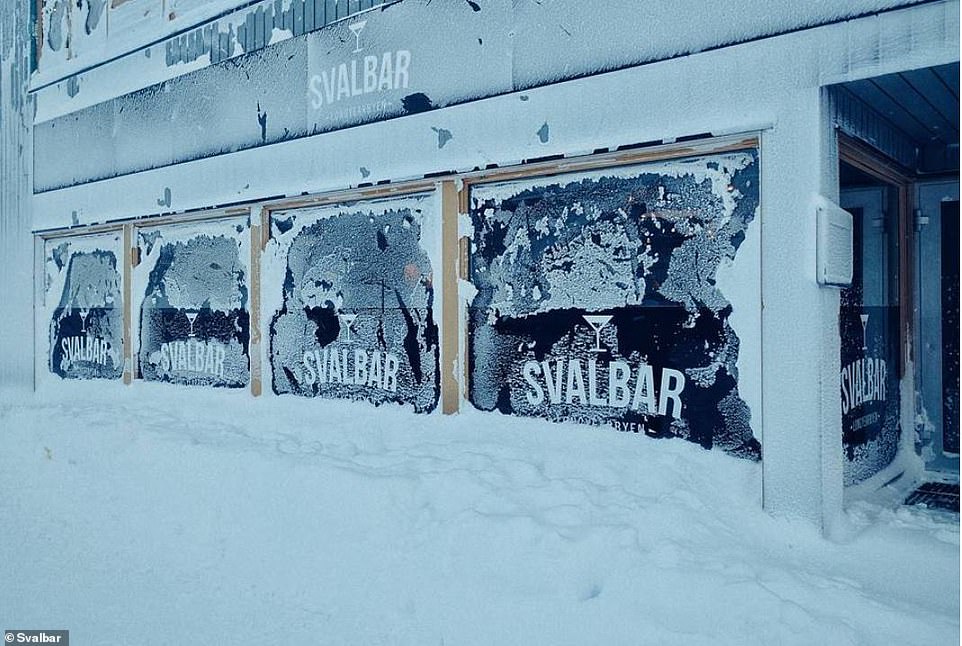 ‘You must like excitement and have a good portion of adventurous spirit to run a bar on Svalbard,’ owner John-Einar Lockert said

The new owner will need to keep customers’ spirits up – human and bear – while the Northern Lights swirl through the long winter nights, and refresh them after snowmobile safaris during the 24-hour summer days.

‘You must like excitement and have a good portion of adventurous spirit to run a bar on Svalbard,’ owner John-Einar Lockert explained.

‘It is an exciting place to run a bar and we have a flourishing night-life and culture scene.’

Despite being located in the centre of the archipelago’s main town of Longyearbyen, the bar is on a route regularly patrolled by some of the 3,000 polar bears who call the Arctic islands home.

Other less dangerous wildlife within a short snowmobile ride away include reindeer herds, arctic foxes, sea birds, arctic geese and walruses. And the islands’ fjords are packed with whales. 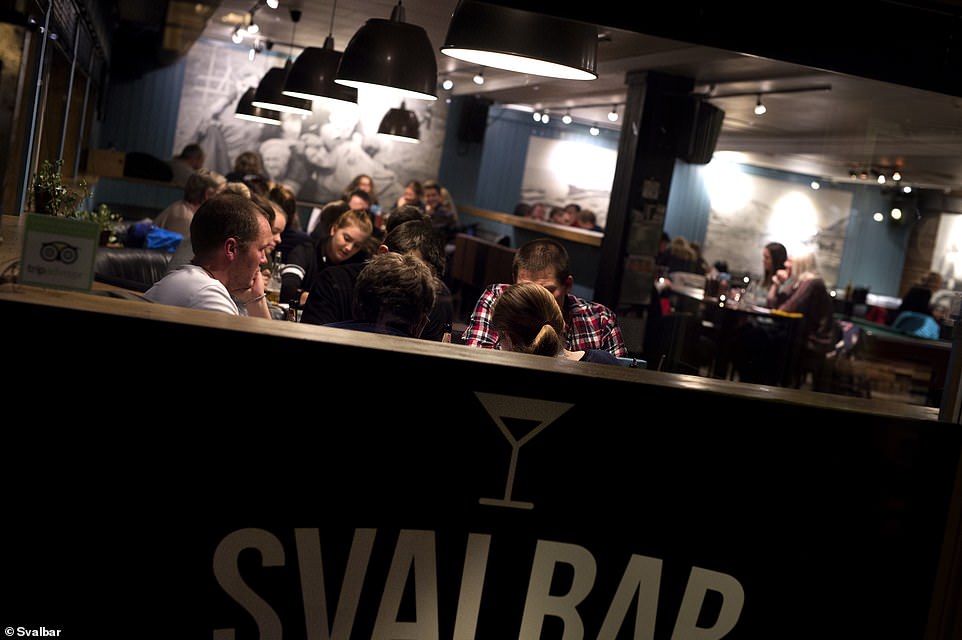 Despite being located in the centre of the archipelago’s main town of Longyearbyen, Svalbar is on a route regularly patrolled by some of the 3,000 polar bears who call the Arctic islands home 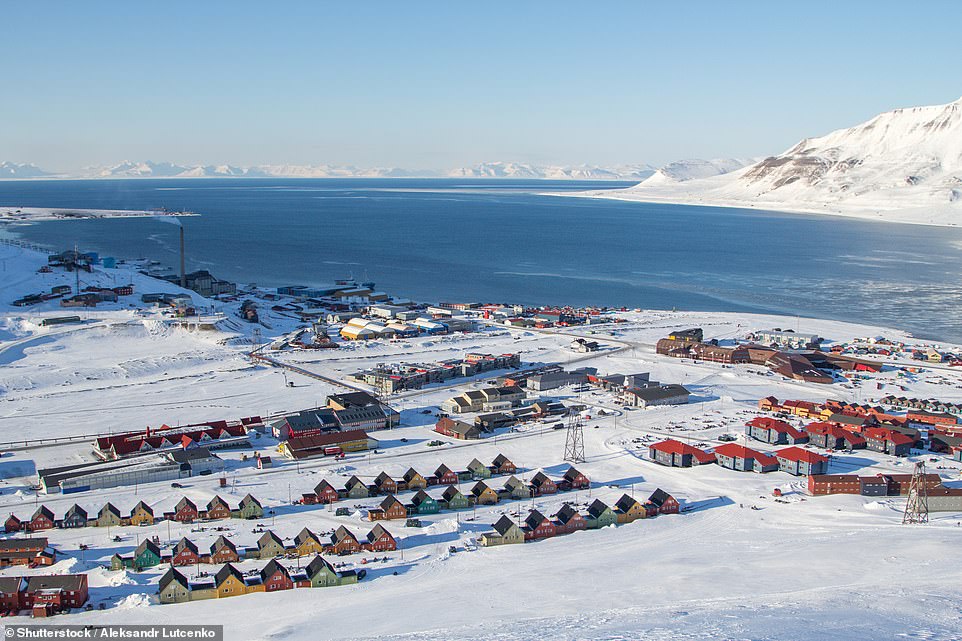 The Northern Lights – an atmospheric phenomenon of swirling colours – grace the clear Arctic skies from October to February.

‘The polar bear came to the bar last year, during the night,’ John-Einar explained. ‘He walked past the bar and looked in the window.

‘It was a cold night and he was probably looking for a warm place to have something to eat. He could smell the food.

‘It was lucky that we were closed.’

He joked: ‘Everyone is welcome in the bar, but the polar bears must stay outside.’ 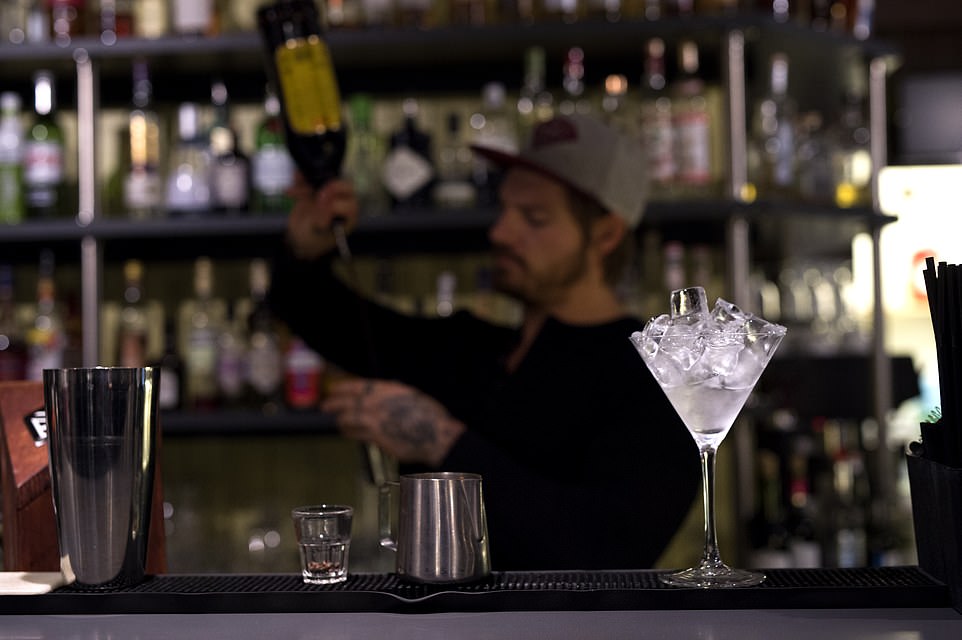 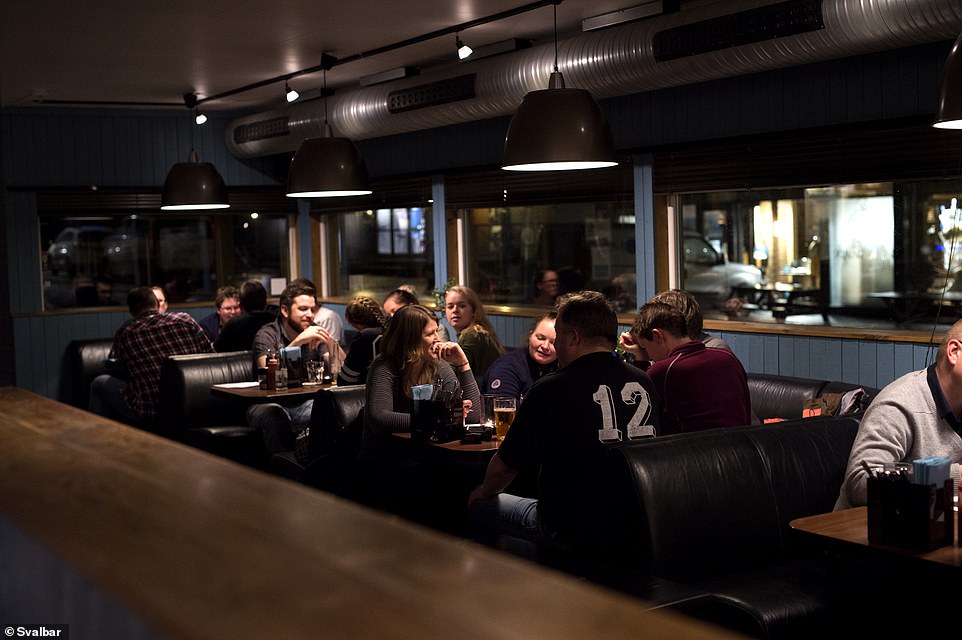 ‘Everyone is welcome in the bar, but the polar bears must stay outside,’ quipped John-Einar 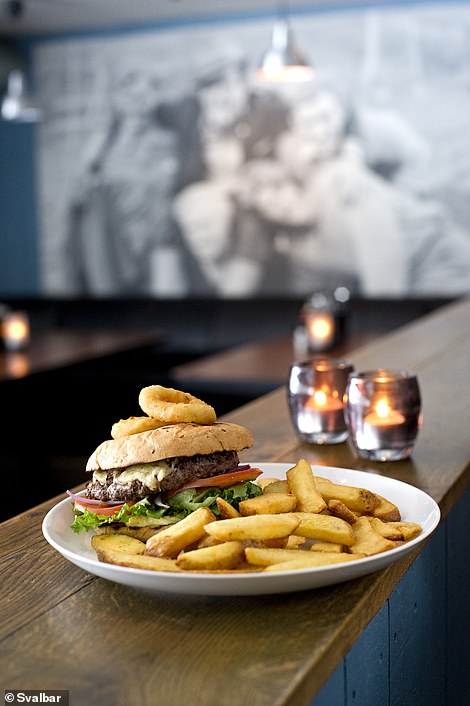 While part of the Kingdom of Norway, Svalbard has its own government and has tax-free status.

John-Einar added: ‘The Svalbar is the local watering hole for many of the permanent residents and it’s also quite popular amongst the tourists.

‘I am guessing it is because we have both the pub and an eatery.

‘And because there are no taxes on Svalbard a glass of beer costs 50 Norwegian Kroner [£4.25] about a third of the price of a bar in Oslo [Norway’s capital].’

Longyearbyen enjoys all the modern conveniences of any Norwegian city, but residents need special skills to live at the latitude of 73 degrees north.

John-Einar explained: ‘There are some skills you must learn if you live on Svalbard.

‘You must know how to shoot a gun to protect yourself from polar bears.

‘It is winter from November to May or June and you need to know how to ride a snowmobile. It is the only way to get around in the snow.

‘It is an exciting place to live and work in, with a unique community and wonderful nature.’

Europe’s most northerly landmass, the Svalbard archipelago, was probably first discovered by Viking explorers but was not settled until the 17th century when it was used as a staging post by whalers who plundered the rich oceans for the valuable sea mammals.

Huge coal deposits were discovered at the end of the 19th century and in the 20th century British, American, Norwegian and Russian mining operations excavated the precious mineral for decades. 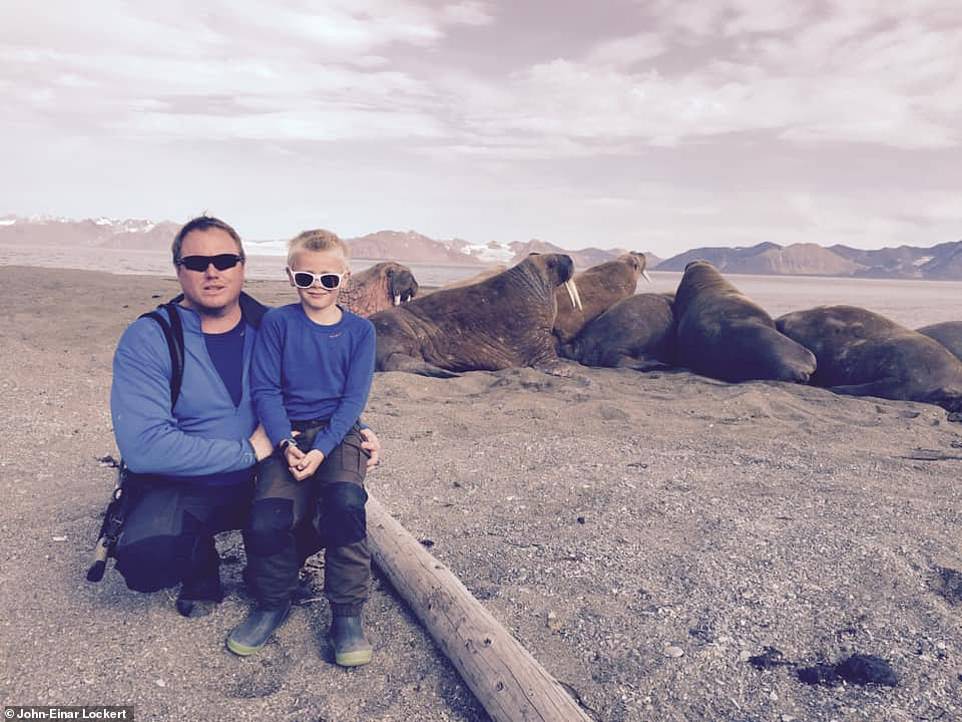 John-Einar is pictured here with his son in front of a herd of walruses. John-Einar describes Svalbard as a ‘wonderful place’

‘I moved there as a kid because my parents got work there and I went with them.

‘I went back to the mainland [of Norway] to study but returned and started up the Svalbar in 2007.

‘Longyearbyen is a lovely place to live. The people are very open-minded, out-going and friendly. It’s really easy to meet people.

‘It is dark for three months of the year, December, January and February, but there are lots of cultural events to keep people’s spirits up.

‘I am leaving the bar, it is time for me to do something else, but I could never leave Svalbard, it is my home.’