Norwegian Air is apologizing after an 82-year-old woman in a wheelchair was brought to the wrong airport gate atOrlando International Airport and missed her flight to London on July 14.

Brian Moorhead told Fox 35 that his mother called him saying the flight left without her. He had dropped her off hours earlier.

“She’s tough and she was in tears crying,” he told the outlet. “She was taken to the wrong gate.”

“When I looked at the boarding pass, it was gate 96,” he added. “The person who wrote the number on the boarding pass, (the 6) could look like a 4 if you look at it the wrong way.” He had to buy a second ticket for her, which cost him $440.

After initial confusion about what happened, Norwegian has since spoken out about the incident and refunded the second ticket. 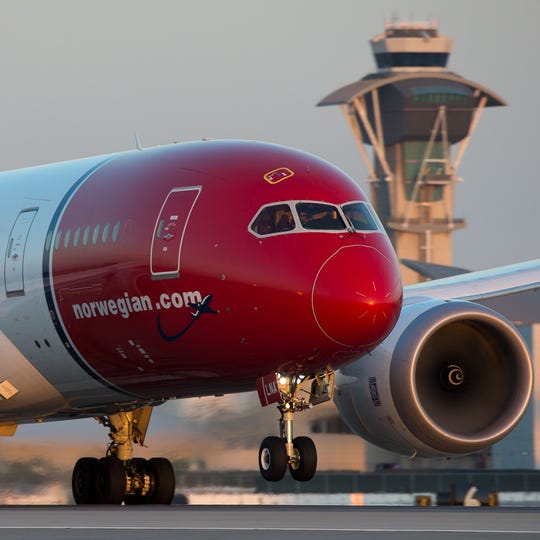 Norwegian Air is apologizing after an 82-year-old woman in a wheelchair was brought to the wrong airport gate and missed her flight to London on July 14. (Photo: Jeremy Dwyer-Lindgren, special to USA TODAY)

“Norwegian sincerely apologizes for this situation, which should never have happened,” Norwegian spokesperson Anders Lindström told USA TODAY in a statement. The airline contracts out assistive services in Orlando.

“In this case, based on the information we have received, there seems to have been miscommunication as to what happened to (Moorhead’s mother), who should not have been left by herself,” Lindström added. “She should of course have been given proper attention and care until she boarded, which is when Norwegian Air cabin crew would be responsible for her well-being until she arrived in London. Due to this miscommunication of events, (Moorhead) was unfortunately charged for a new ticket the following night, which should also not have happened, and Norwegian apologizes for this.”

Remember?: Norwegian Air 737 has been stuck in Iran for 4 weeks