TEAROOMS have been doing brisk business since Chancellor Rishi Sunak’s Eat Out To Help Out deal on food and drink.

But time is running out, so “use it or lose it” by popping in to claim your discount from Monday to Wednesday this week or Bank Holiday Monday on August 31. 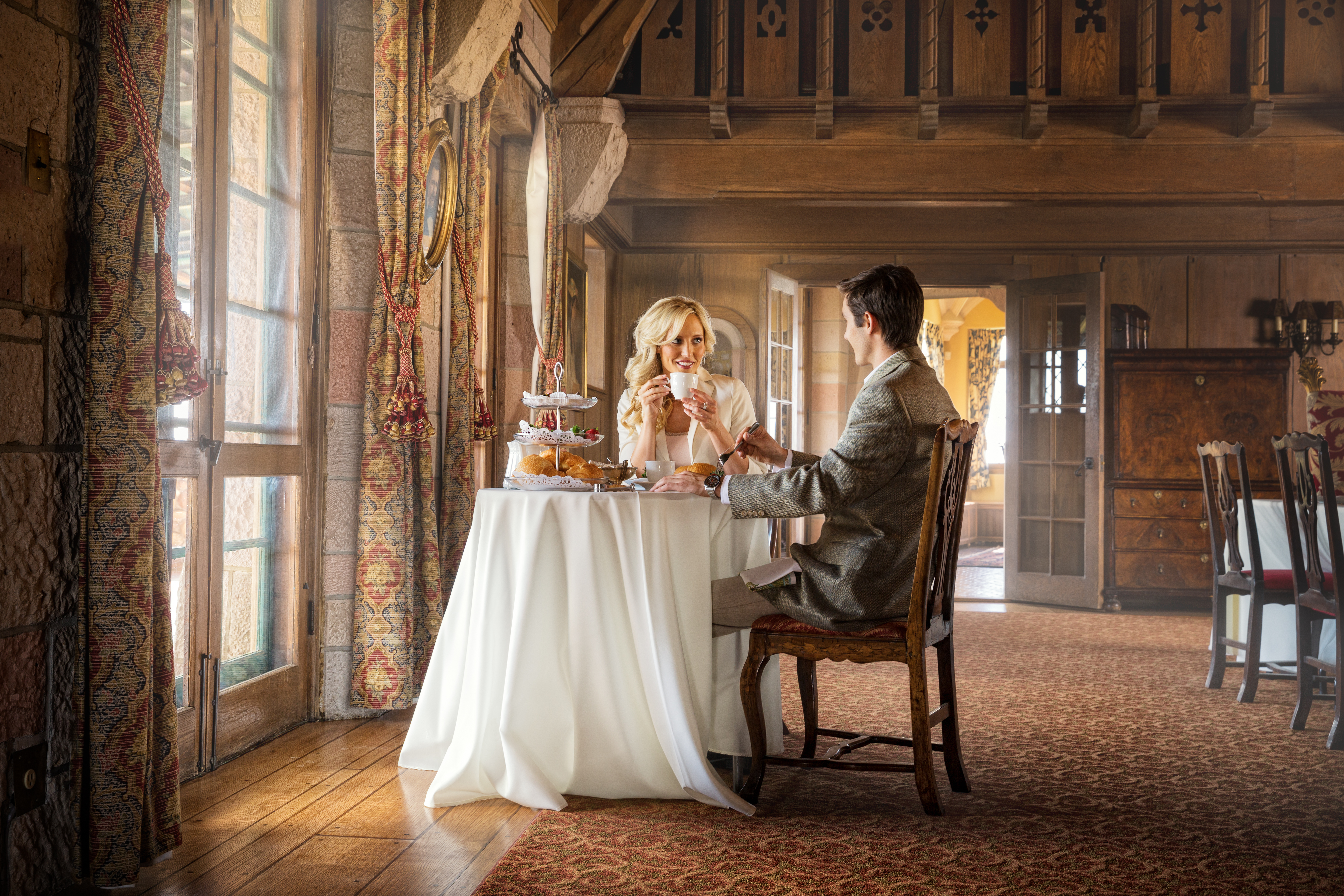 HAVING the cutest name for a teashop would be enough to get you through the door of White Rabbit Chocolatiers.

But then you’d be seduced by the ultimate hot chocolate, scrumptious cakes and cookies. 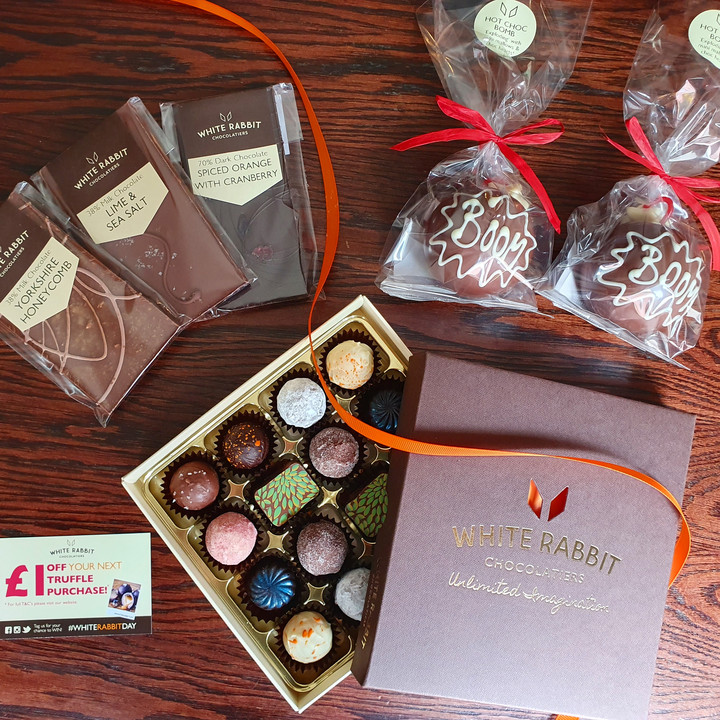 There are blends of teas galore to choose from or you can opt for a mug of famous Yorkshire.

The artisan, family-owned kitchen takes its name from a 14th-century carving ­– said to be the inspiration for the white rabbit character in Alice’s Adventures In Wonderland – in St Mary’s Church in Beverley, East Yorks.

STOP off at the British Motor Museum’s Junction 12 café and tearoom for cut-price treats.

There’s a great selection of home-made sarnies, chocolate and carrot cakes and all-time favourites such as apple Danish and rocky road. 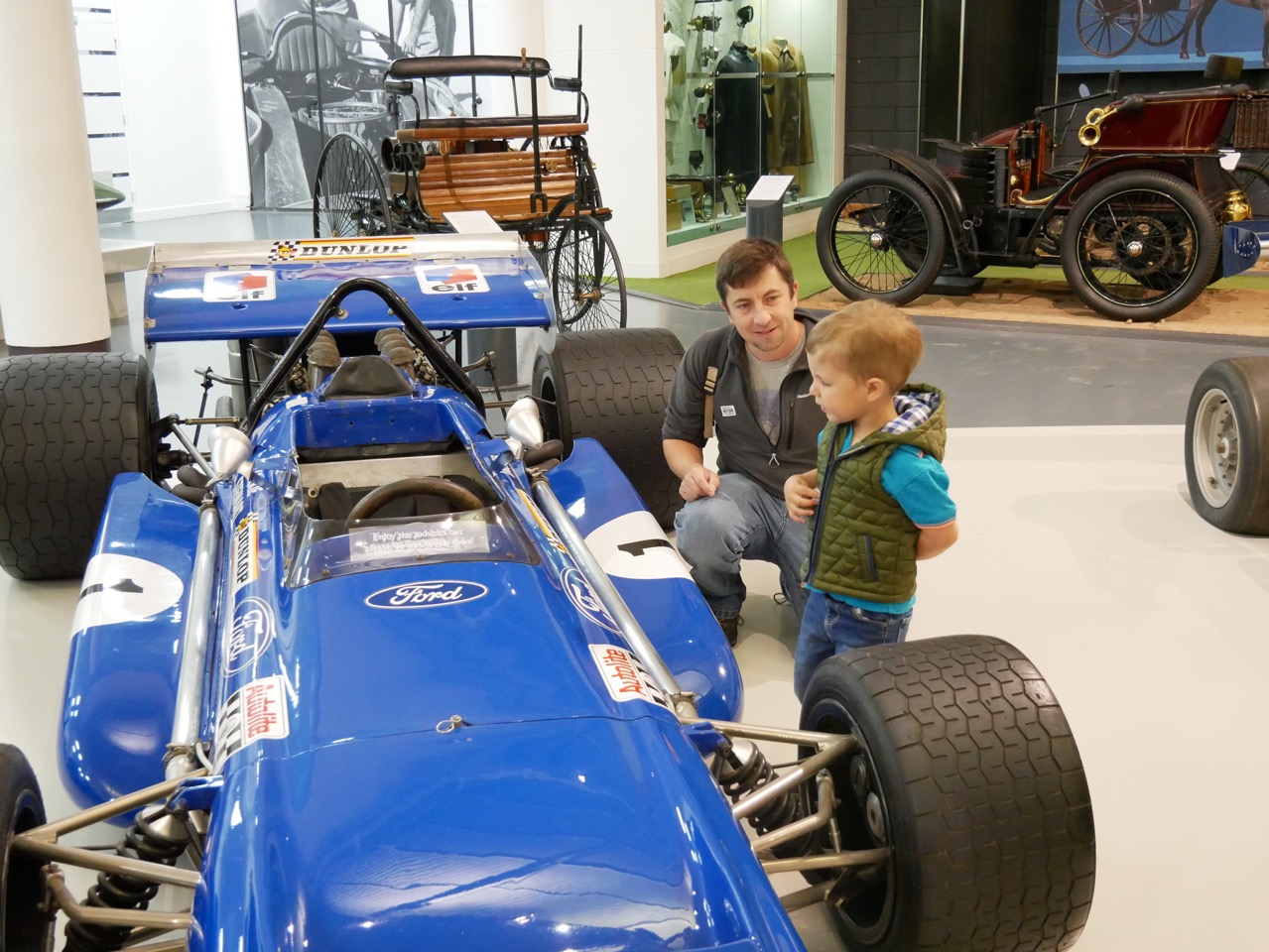 The museum, just off the M40 in Gaydon, Warwickshire, has the world’s largest collection of historic British cars.

Free tours and interactive guides bring stories to life so you also learn about the factories, designers, workers and drivers.

Don’t miss the film and TV zone, with its pink FAB 1 limo from Thunderbirds and the Land Rover used in the 2012 Bond film Skyfall, plus the Queen’s 1971 Rover, which is among a number of vehicles belonging to the Royals.

IF you’ve ever walked up Steep Hill in Lincoln, you’ll know that you’ll be gasping for a cuppa before reaching the top.

So Bunty’s Tea Room, half-way up from the city to the medieval cathedral, is perfectly placed. 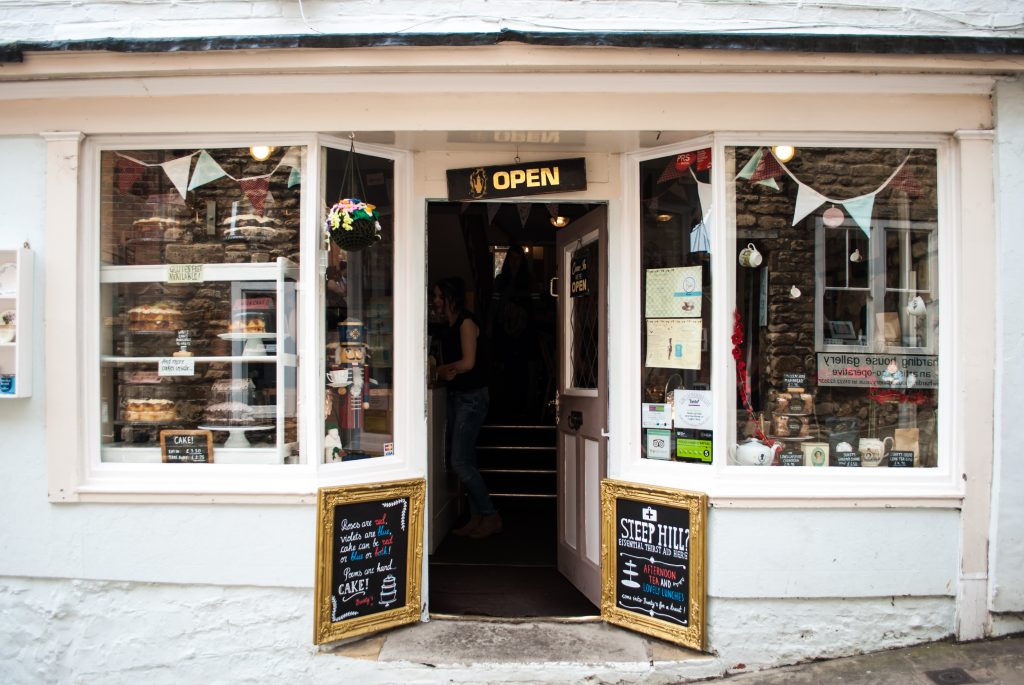 The family-run vintage venue with fancy teapots (there’s even one to commemorate the marriage of Charles and Diana), mis-matched cups and saucers and big-band music is housed in a quaint Grade II-listed building.

Bunty’s has a wide selection of loose-leaf teas, including its own blend, and “afternoon tea” is served all day.

Walk off the tea by continuing up the hill to the castle and cathedral.

Track down a treat

STEAM ahead to the heart of the New Forest for afternoon tea in a station with history dating back to the 1800s.

The Old Station Tea Rooms at Holmsley offers a cream or savoury tea with a choice of home-made patisseries, cakes and scones for £15, which becomes £7.50. 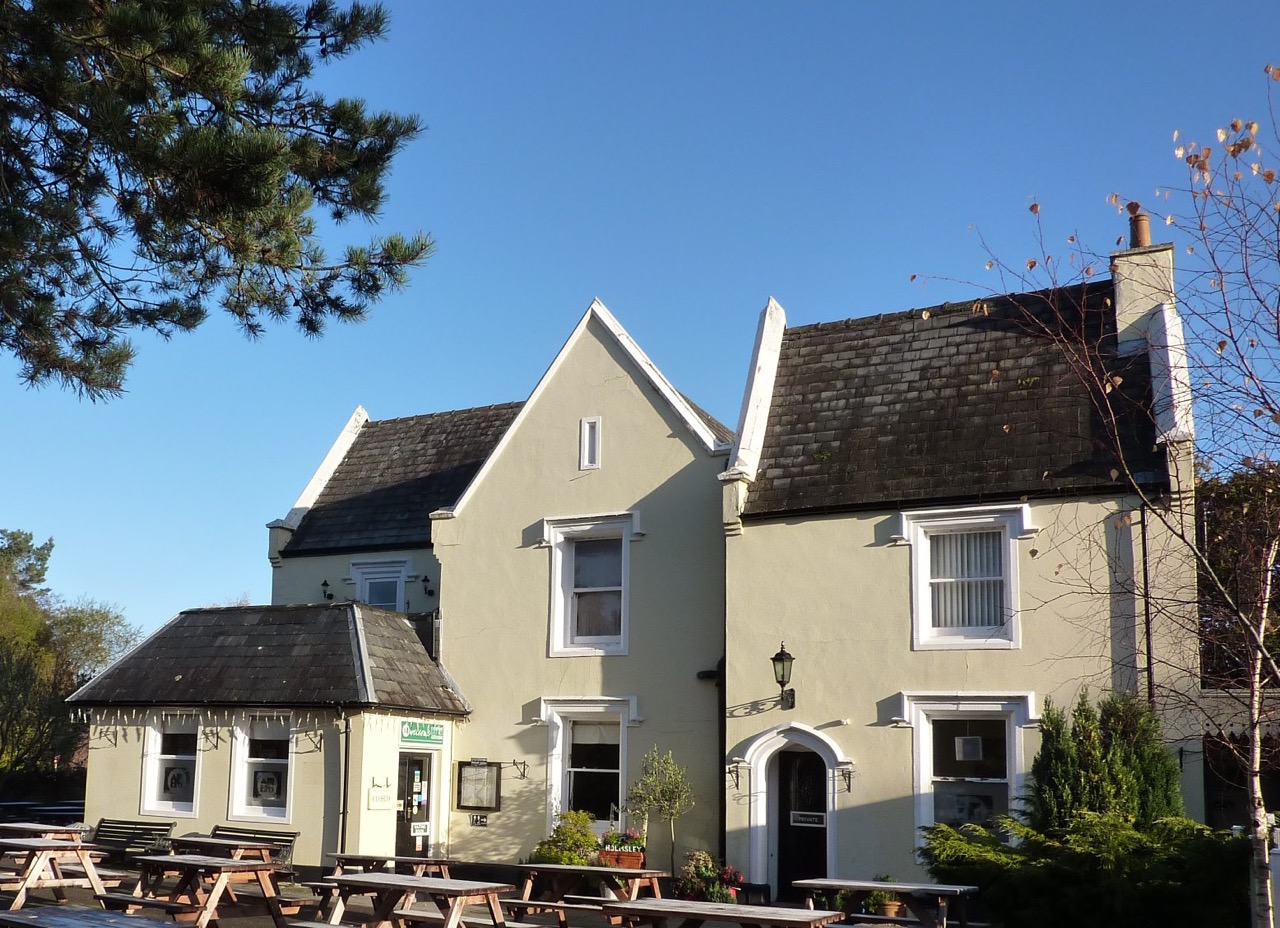 The station opened in 1847, where the line from Christchurch to Southampton met the A35.

Long stretches of the rail track bed have become walking and cycling routes across heathland and through woods, including Castleman’s Corkscrew – the name given to one of Hampshire’s oldest lines from Brockenhurst to Ringwood and on to Wimborne.

Perfect in the Peaks

STEP from a cave to a café in one of the most beautiful areas of the UK.

The Three Roofs Café is a quaint tearoom in the Peak District village of Castleton, home to four fantastic show caves. 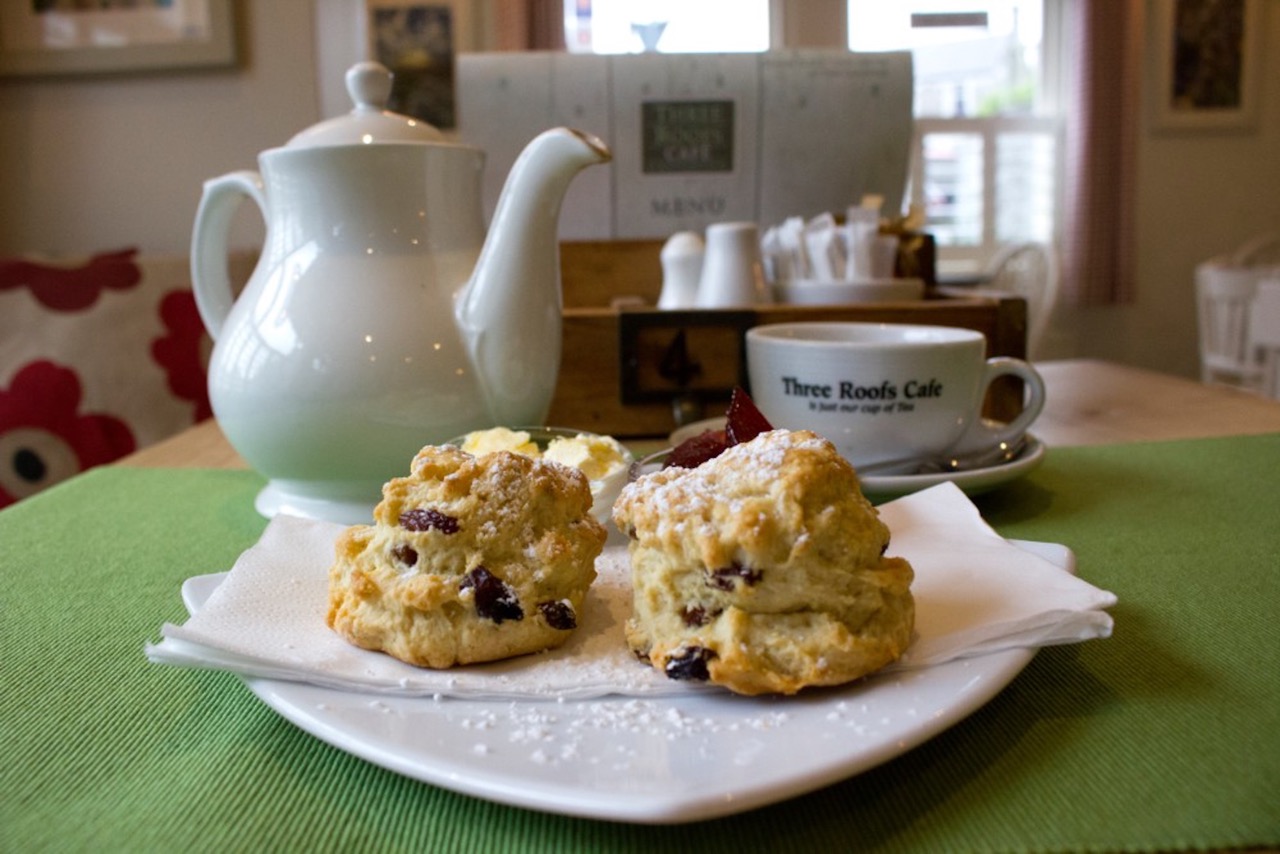 Delicious meals and treats, including scones, sponge cakes and brownies, baked in the kitchen and served throughout the day, make it a popular spot for tourists, walking groups and cyclists attracted by the stunning scenery.

Dogs are welcome too.

Castleton is overlooked by Peveril Castle and close to the dramatic limestone gorge of Winnats Pass and Mam Tor, known as the Shivering Mountain.

Be sure to visit one or more of the caves, which include Titan, the deepest cave system in Britain.

HAVE a Bank Holiday Monday at a National Trust park and property taking part in the Eat Out To Help Out scheme.

There are 80 across the UK offering discounts in their tearooms and cafes, including the White Cliffs of Dover in Kent. 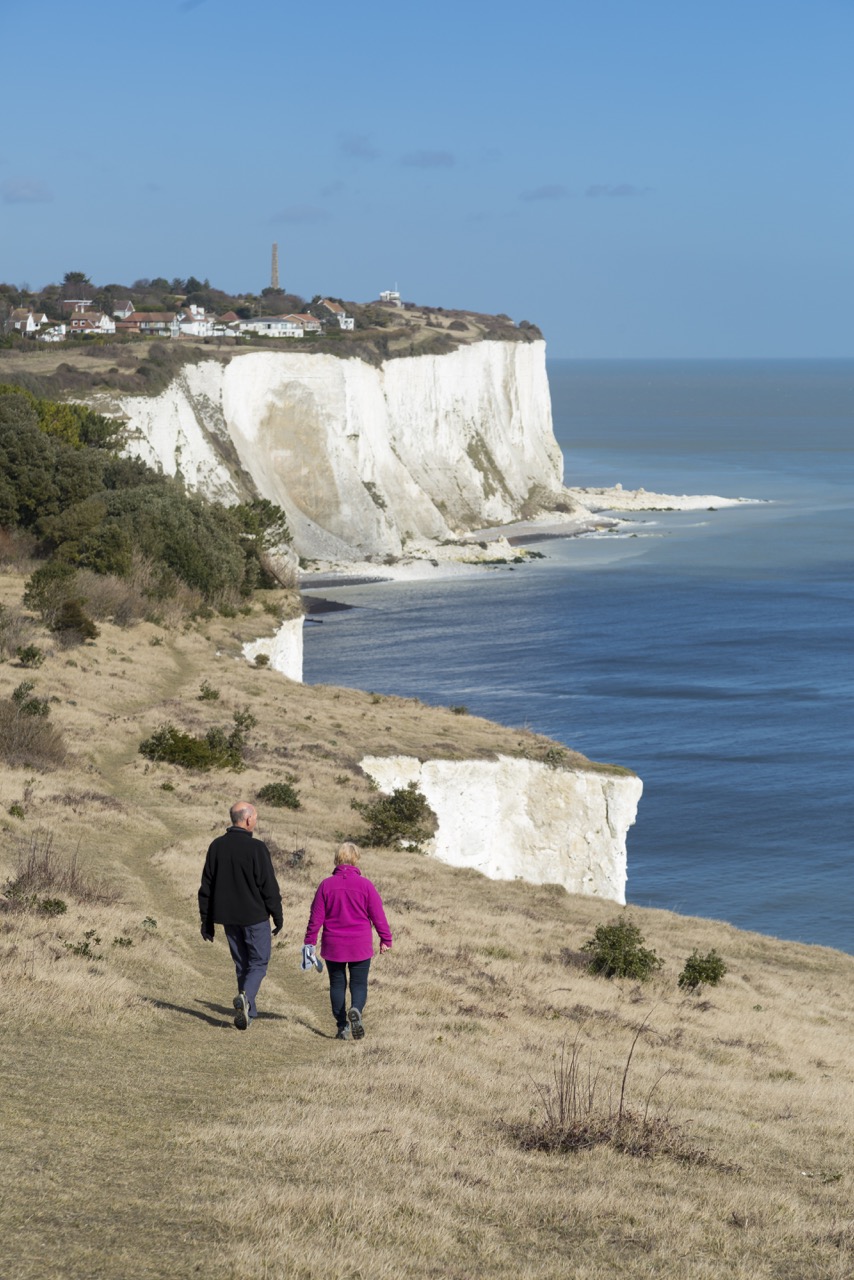 You will be able to afford a cream tea for all the family with a scone, jam and clotted cream costing just £3.25 – and that’s before any discount.

Or you might fancy orange and lemon cake or a flapjack in the two tearooms.

Take a walk along the iconic cliffs with miles of footpaths offering stunning views and wildlife or check out the rusting ship wrecks at the base of the cliffs, at Langdon Hole and Fan Bay.

FOR the friendliest staff, look no further than The Lookout in Seaham.

The café and tearoom, which prides itself on its varieties of coffees, overlooks the harbour in the newly developed marina in the County Durham seaside town. 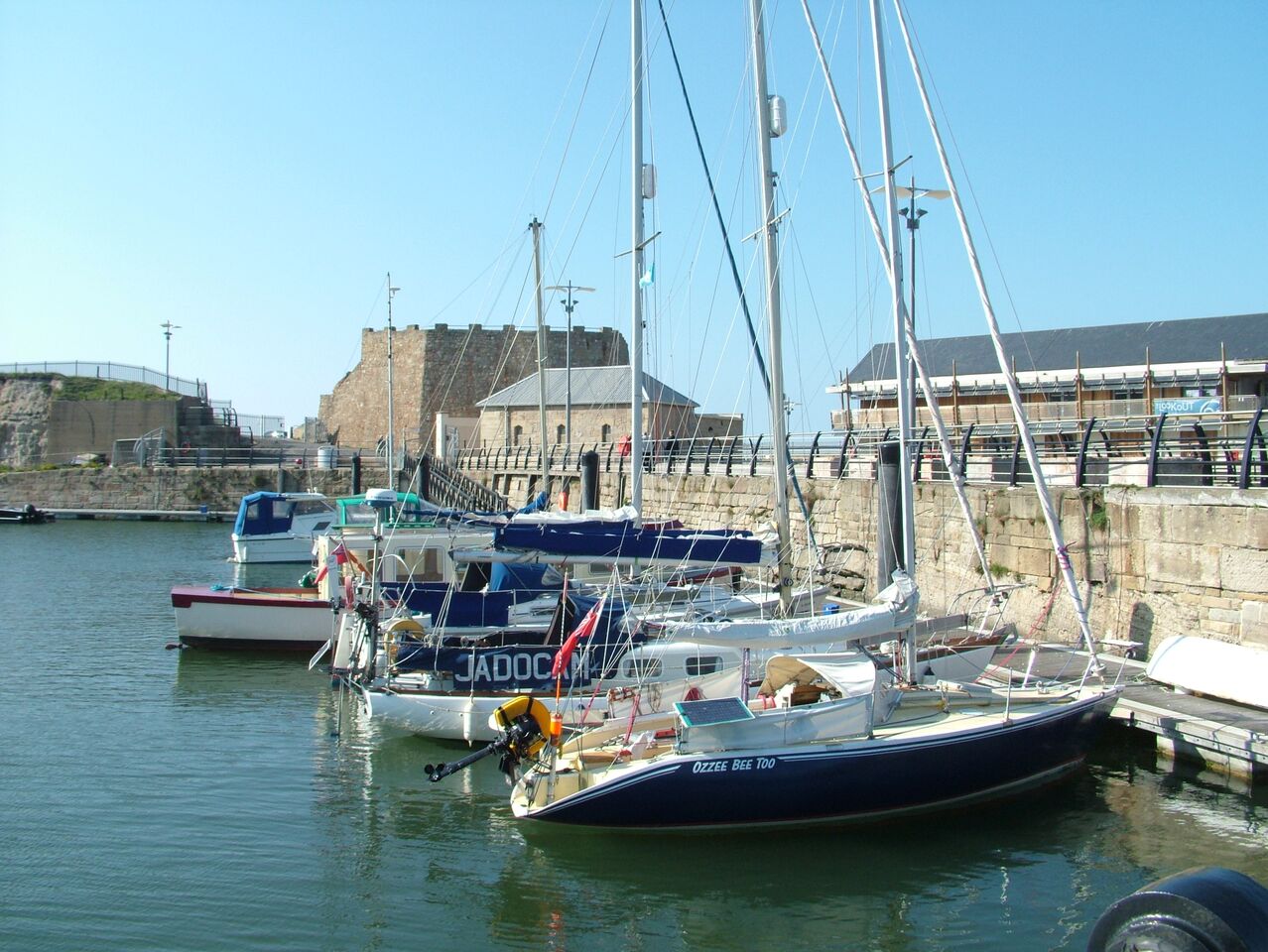 Enjoy the fabulous views and dramatic landscape from the outside seating area as you tuck into yummy sarnies, cakes, scones or even the most delicious milkshakes.

Visit the East Durham Heritage and Lifeboat Centre and go for a walk along the North Sea coastal footpath to take a selfie with Tommy, the World War One statue.

St Mary the Virgin church is one of the 20 oldest surviving churches in the country, dating back to the 7th century.

ENJOY an elegant afternoon tea in a fabulously restored Victorian manor – for just over a tenner.

The tearoom at Laura Ashley Hotel The Iliffe in Coventry has a new menu with home-made treats including smoked salmon sarnies, Welsh rarebit tart, buttermilk scones, cakes and pastries. 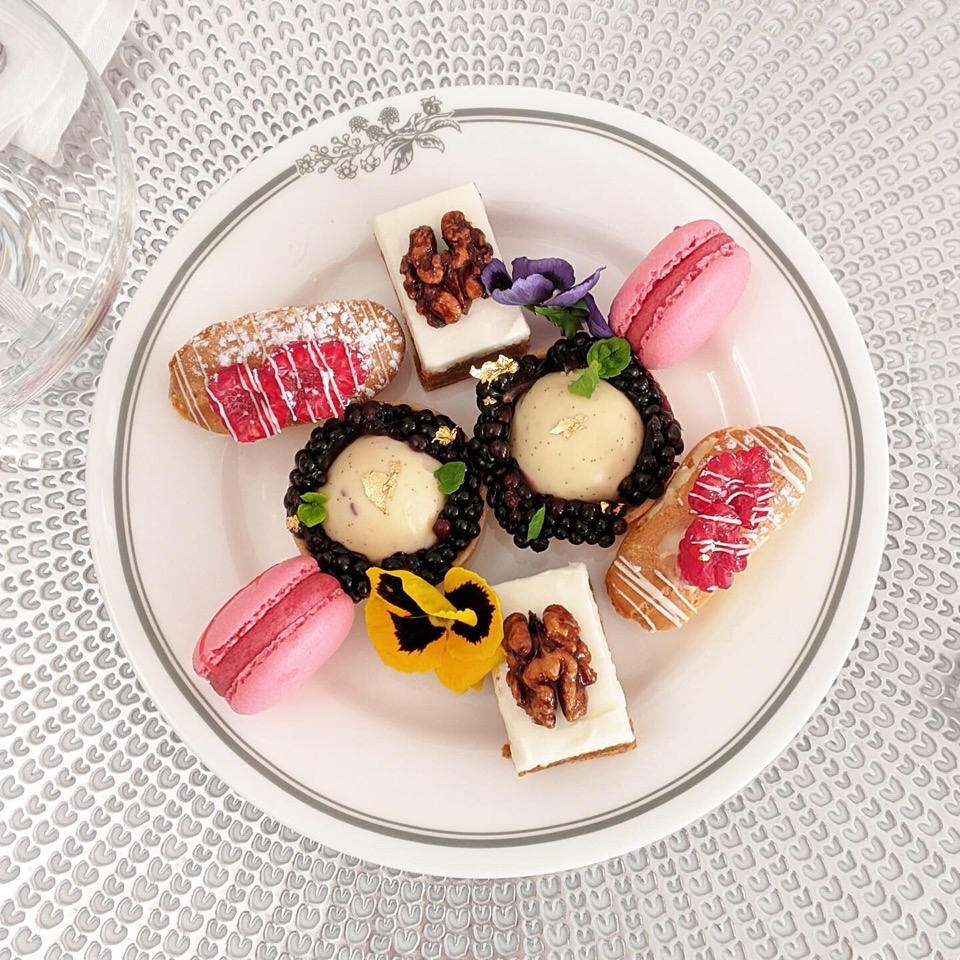 Described as a “hidden gem”, the 4 star, 17-bedroom boutique hotel furnished by Laura Ashley offers B&B in a double room from £80.

Coventry, which is three miles away, has been named the UK’s City of Culture 2021, so there’s a wealth of attractions including a cathedral, museums and galleries, parks and nature reserves.

For a day out, take a picnic to Coombe Abbey Park, 500 acres of woodland and gardens.

Music to your ears

THE Bluebird Tea Rooms, once frequented by composer Sir Edward Elgar, are among the UK’s oldest.

They were opened in Great Malvern, Worcestershire, in 1913 and original features and furniture are still in place, including a painting of a woman with a bluebird. 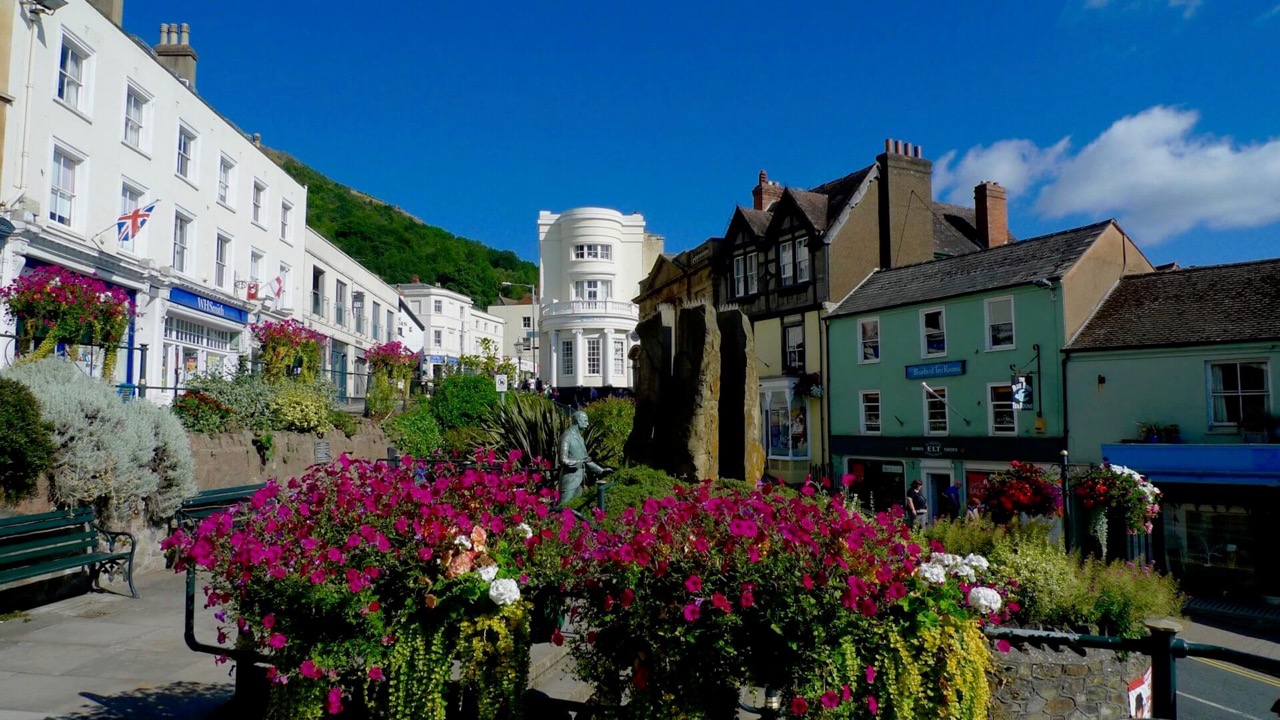 You can eat here – from breakfast to afternoon tea – with a range of delicious freshly prepared food.

The Bluebird tea is £6 per person.

Staff take pride in being able to cater for all dietary needs including vegan and gluten-free.

The spa town lies at the foot of the Malvern Hills, an area of outstanding natural beauty.

Walk the Elgar route to see his favourite places and browse the book and craft shops.

That’s a pretty good recommendation and worth taking a chance on. 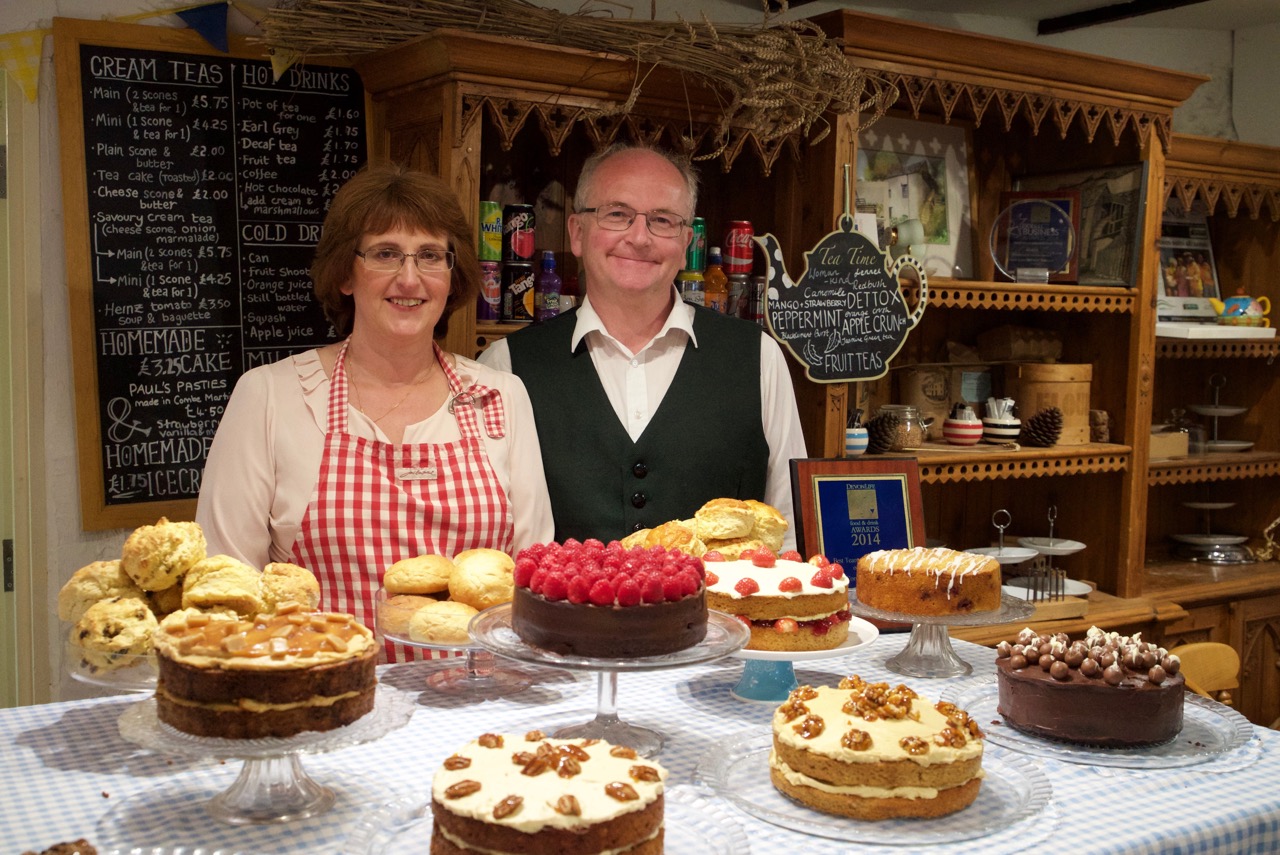 Hele Corn Mill & Tea Room is in the village of Hele, just around the bay from Ilfracombe.

Owners Kathy and David Jones have built a wooden pergola in the gardens so that social distancing can be respected.

Tuck in to scones with jam and Rodda’s clotted cream, and Kathy’s home-made cakes, including chocolate Malteser cake.

A cream tea with a big scone, cream and jam and a pot of tea costs just £2.70 per person, thanks to Eat Out To Help Out.

The beach at quiet Hele Bay, with rock pools and smugglers’ caves, is perfect for families and canoeists.