Iceland is the safest place to go on holiday followed by the UAE, while Turkey and South Africa are the most dangerous

Iceland is the safest place to go on holiday followed by the United Arab Emirates, according to a new report by Which? Travel.

Its study looked at crime rates, as well as the risk of a natural disaster, health issues in the country and the likelihood of a terrorist attack.

And researchers found that the most dangerous places to go on holiday include Turkey and South Africa. 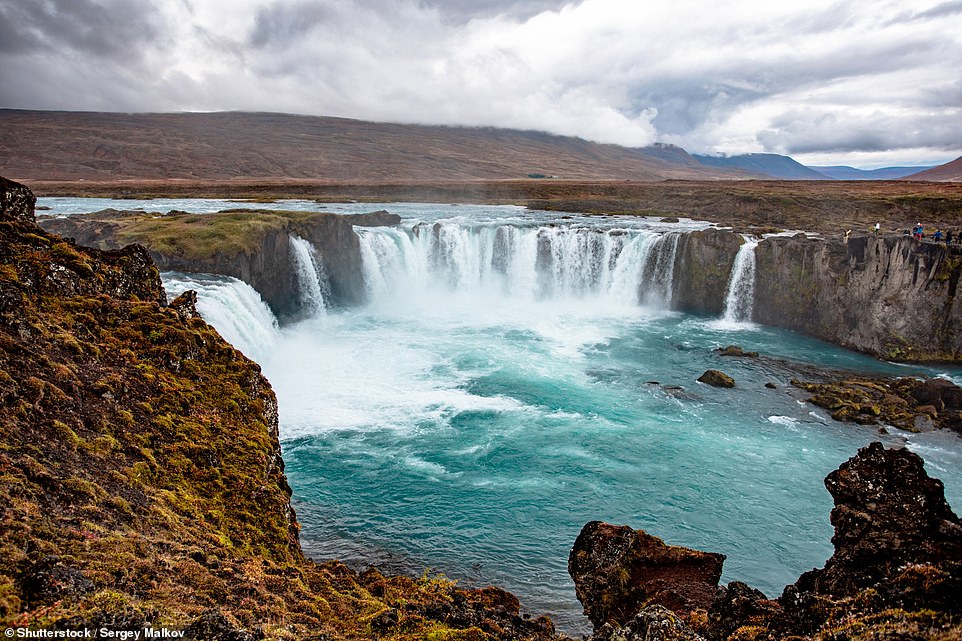 Iceland, pictured, has been named as the safest holiday destination, according to a study by Which? Travel

To compile the list, Which? Travel picked 20 of the most popular holiday destinations around the world.

The researchers then analysed crime statistics from the World Economic Fund, natural disaster risk assessments from the World Risk Report, health risk data from the NHS Fit for Travel site and terrorism risk levels from the Foreign Office.

Iceland ranked top due to violent crime in the country being ‘extremely rare’, along with having one of the lowest probabilities of a natural disaster.

Which? Travel also noted that there was a low risk of visitors contracting health problems and a low risk of terrorism although ‘it cannot be ruled out’. 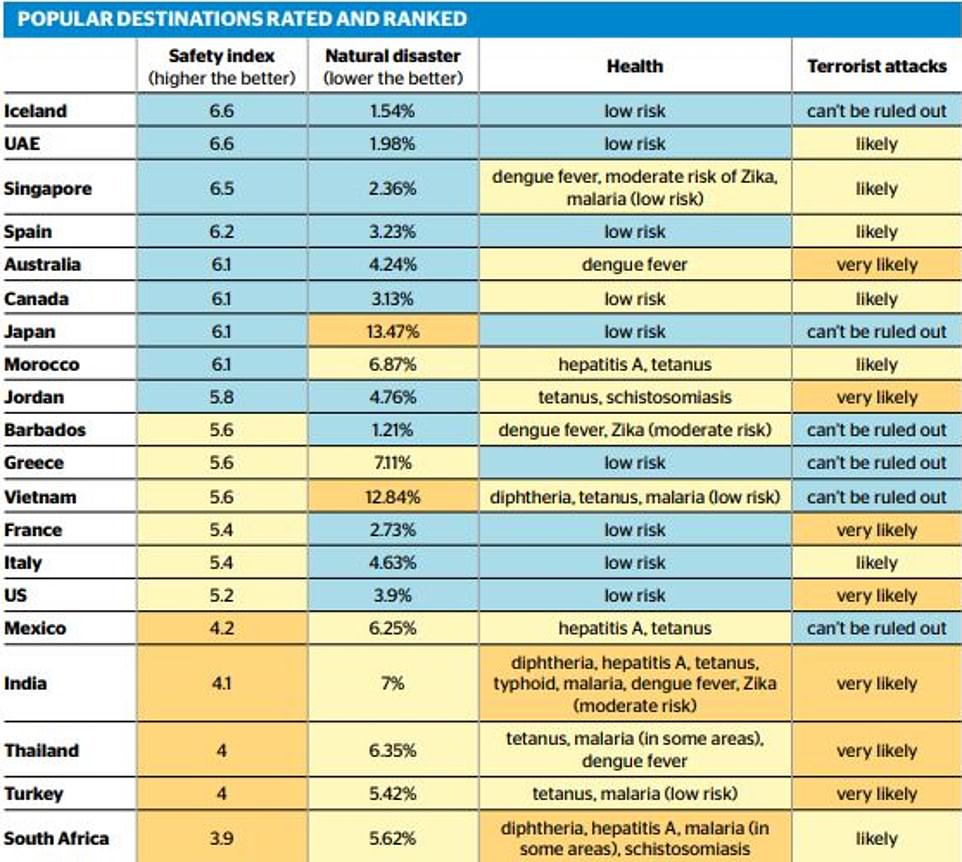 A table by Which? Travel, which ranked 20 of the most popular holiday destinations in order of safest to least safest

Second place UAE, home to popular destination Dubai, also ranked highly across all categories although the risk of terrorism was classed as being ‘likely’.

The third safest country in the ranking is Singapore, although researchers note the country has a moderate risk of zika virus.

Spain comes in fourth, while Australia rounds off the top five with Which? Travel explaining there is a risk of Dengue fever and that terrorism in the country is ‘very likely.’

Countries that also make it into the top 10 are Canada (sixth), Japan (seventh), Morocco (eighth), Jordan (ninth) and Barbados (10th). 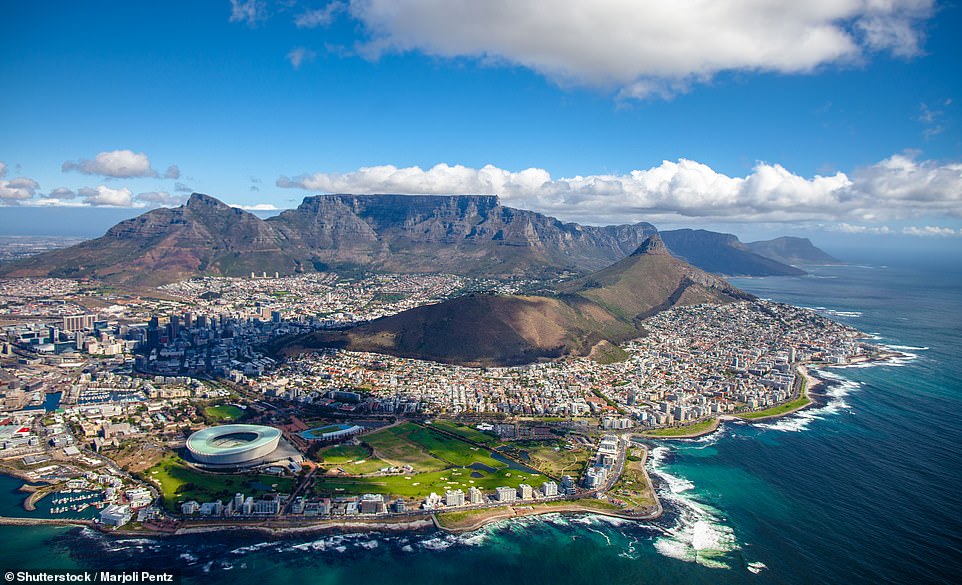 Bottom ranked South Africa had the lowest score when it came to the safety index based on crime statistics. Pictured is the South African city of Cape Town

At the other end of the table, bottom ranked South Africa had the lowest score when it came to the safety index based on crime statistics.

Which? Travel also pointed out that health risks in the country include diptheria, hepatitus A, malaria and schistosomiasis and that terrorism is ‘likely’.

Turkey also fared badly when it came to the safety index with one of the highest risks of crime and a ‘very likely’ probability of terrorism.

Thailand finished third bottom after having a low safety index score, being ‘very likely’ as a location for a terrorist attack and a risk of visitors contracting dengue fever, tetanus and malaria in some areas.