If I may borrow a phrase: Winter is coming. And with that comes holidays, family gatherings and vacation time. Ski vacations are certainly popular during the winter months, but they’re not always easy to plan. Furthermore, prepping for a ski getaway can vary wildly, depending on whether you’re a single professional or a couple with children; if you’re hemmed in by specific dates or have a good deal of flexibility in your schedule. Below are tips for your next ski trip no matter what your profile — and while it won’t necessarily be cheap, there are ways to make it more affordable.

You’re adventurous, have some expendable income and, more important, nothing to prevent you from getting away spontaneously for the weekend. Flexibility is your friend when it comes to planning your ski vacation, and it will help you target some good deals.

Sites like Expedia have pages that showcase ski-themed hotel and hotel-and-flight package deals. The available deals won’t always be right for you, but make a habit of checking every now then for bargains that fit what you’re looking for. You can search by popular ski locales, like Park City, Utah, or Jackson Hole, Wyo.

Buying a flight and hotel room together can often yield heftier savings. A quick search led me to a four-night stay in early December at the Winter Park Mountain Lodge west of Denver, just across the highway from the Winter Park Resort, for about $400 including nonstop airfare from Los Angeles. The price represents a $60 savings over booking flight and hotel separately.

Embrace technology, but use it wisely

I enjoyed playing with the Hipmunk chat application Hello Hipmunk, which integrates into Facebook Messenger, Slack and Skype. You can ask the chat bot to search for the cheapest flights to a given destination within a period of time. For example, I searched for cheapest round-trip flights between Chicago and Aspen for a three-night period between Dec. 1 and Jan. 31. The results were helpful, letting me know that the cheapest flight (barring one with a 12-hour layover in Los Angeles) would be for $382 from Jan. 5 to Jan. 8.

Unfortunately, when I proceeded to ask for that flight option, I actually received a $512 flight — the least expensive nonstop flight that was not basic economy (no seat assignments or changes allowed). I was able to easily find the $382 flight (which had stops in Salt Lake City) on Momondo and Google Flights, but it was a hiccup nonetheless.

Some travel apps not only provide you with the means to purchase flights and hotels, but give you ideas for your getaways, too. The app Hitlist does this, with curated lists of destinations, some based on categories, including “world’s ultimate ski destinations,” with suggestions like Banff, Alberta.

Users can get ideas from the app and then further whittle down their preferences. For example, I set New York City as my home and looked for three-day getaways to Salt Lake City that began on either a Friday or Saturday. The app yielded a slew of options, one of which was a $326 flight on JetBlue for the first weekend in December.

But no app is perfect. When I went to book the flight, the price jumped to $362. During the course of trying different bookings, I encountered inconsistencies with pricing and availability on the app. It was a valuable lesson: It never hurts to cross-reference your in-app or online findings with another site, or directly with an airline or hotel. 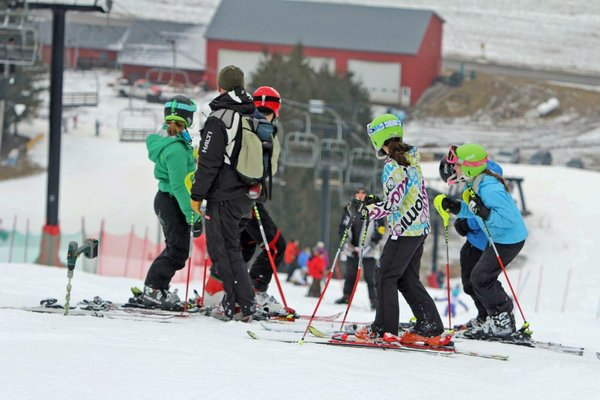 The family with school-age children

You’re looking to get away with the entire family, but are somewhat hemmed in by school vacations and swim practice. You’ll likely need to pounce the moment a good deal arises. Another wrinkle: You’re competing with thousands of other parents who are looking to get away at the same time, which will likely include the week between Christmas and New Year’s Day.

Sites like Kayak, Skyscanner, Hopper and Google Flights have alerts that will track flight prices and notify you of changes. On the flight results page, simply elect to track or follow the prices, and you’ll receive email or mobile phone notifications. Hopper and Kayak will even advise you on the results page whether to buy tickets now, or wait for a better deal.

If you’re watching a particular route or date range closely, I recommend enabling push notifications on your phone — when prices drop, they don’t always last very long. Hopper and Kayak also allow you to set alerts hotel rooms, in addition to flights.

Target places with deals for children

Vacationing with children can certainly be expensive. A ski vacation needn’t burden the wallet, however, given the number of opportunities for kids to get free lift tickets or ones at a greatly reduced cost. In New York, third and fourth graders can receive three free lift tickets from a selection of over two dozen resorts in the state (and you don’t have to be from New York to take advantage of this). The program, through I Ski NY, grants eligible children the free tickets with the purchase of adult tickets (there is a $27 processing fee). Several other states, including Pennsylvania, Utah and Vermont, have similar programs that grant children’s lift tickets for a nominal fee when applied for ahead of time.

Individual resorts have their own deals, as well. At June Mountain, near Yosemite National Park, children aged 12 and under always receive free lift tickets. Keystone Resort in Colorado allows children 12 and under to ski for free with a stay of two nights or longer. The popular Mammoth Mountain isn’t quite as generous, but even they have a deal: children age 4 and under, and seniors 80 and above ski for free.

While many early-bird, ski-package specials have deadlines in the summer, it’s not too late to find a deal for booking early. Even popular resorts like Whistler Blackcomb and Aspen Snowmass offer reduced lodging rates for those who are willing to make a commitment. When you know you’re working with firm dates, it can be a good idea to book as far in advance as possible.

You work a lot, but your main requirements are a laptop and good internet connection. Carving out a week — or even two — for a winter sports getaway isn’t entirely out of the question. Take advantage of the time and flexibility you have to get the biggest bang for your buck.

Consider getting a pass

A one-day lift pass right after Christmas at Big Bear Mountain Resort in California will run you nearly $90. A season pass, on the other hand, will cost $399. If you plan to ski for more than four or five days during the winter season, buying a pass makes sense.

And you don’t have to be locked into just one resort. If you’re looking for some variety in your skiing, there are also multi-mountain passes available, the largest of which are offered by Epic Pass ($949) and Ikon Pass ($1,049). Both passes grant unlimited access to some of the finest skiing on the continent. Ikon Pass lets you ski as much as you want at Winter Park, Steamboat and Mammoth, among other resorts. Epic Pass grants unlimited skiing at Vail, Whistler Blackcomb and Park City, among others. A more curated pass, Mountain Collective, grants two days each at 17 locations across North America, including Alta, Snowbird and Mammoth ($469).

Sure: Stowe, Telluride and Snowmass are splashy names that everyone in the skiing community has heard of. They’re not, however, particularly cheap. According to a study conducted by the website HomeToGo, the average cost of a day of skiing — including equipment, lift ticket and accommodation, is nearly $450 per person at Aspen Snowmass. At Afton Alps, however, a more modest resort on the Minnesota-Wisconsin border, the cost is less than half that: only $179. (It’s worth noting that the P.A.F., or Pure Awesomeness Factor, from Z Rankings, a way to measure the quality of a ski resort, is 87.5 at Snowmass and just 27.9 at Afton Alps.) Look into locations you may not have considered, like Mount Hood in Oregon or Mount Baker in Washington, for more affordable skiing.

In general, though, bargain hunters should look north to Canada. Near Vancouver at Whistler Blackcomb, one of the largest and most well-regarded ski resorts in North America, the price of a day of skiing is just $234 — much less than many of the big Colorado or Utah resorts. And at Fernie Alpine Resort, about three hours south of Calgary, the deals are even better. I searched for a five-night holiday in January for two people, and the total came out to around $150 per night, per person — that includes lodging, lift tickets and equipment rental for five straight days.

A ski vacation is unlikely to be a steal, no matter how you look at it. But with the right approach, you can avoid putting too much of a freeze on your finances.

Lucas Peterson is the Frugal Traveler columnist. He has written for GQ, Lucky Peach, Eater, LA Weekly and Food Republic. His video series for Eater, “Dining on a Dime,” is now in its 11th season. @FrugalTraveler