A FORMER flight attendant has gained popularity on TikTok for her travel hacks – one of which could land you $1,350.

Sandra Jeenie Kwon, who used to work for Emirates, has racked up 3.7 million followers with her informative videos. 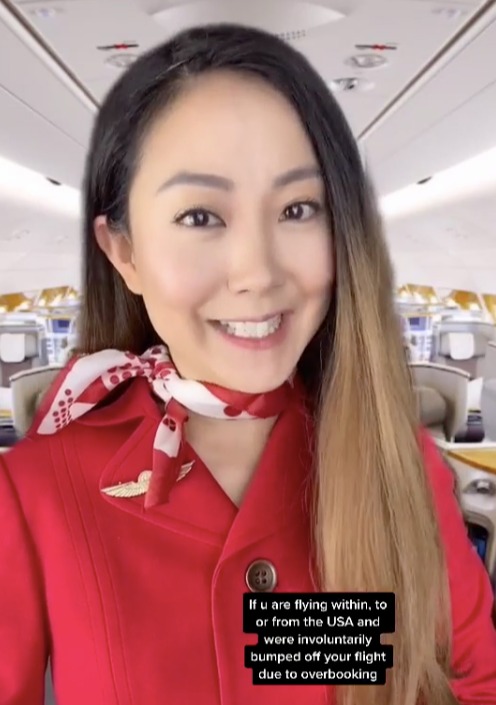 In one of her recent videos, which has had more than 7m views, she explained why you shouldn't take a flight voucher if being bumped off a flight.

Airlines often overbook flights, meaning passengers may be asked to get off the flight for a different one with vouchers often offered to rebook.

She explained: "If you are flying to, from or within the U.S. and you are involuntarily bumped off your flight due to an overbooking, don't accept the voucher!

"Not only are the airlines required to find you an alternative flight, but depending on the length of the delay, you are entitled to cash."

"For domestic flights, you are entitled up to $1,350 cash, based on your one-way ticket price. For international flights, the compensation is the same, but the delay times are different." 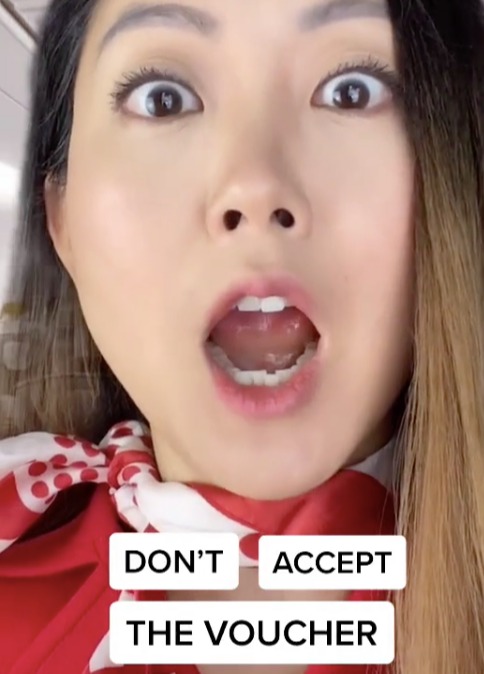 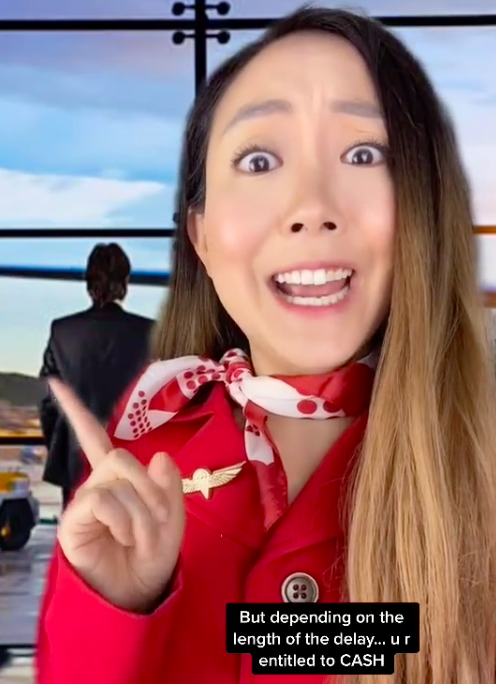 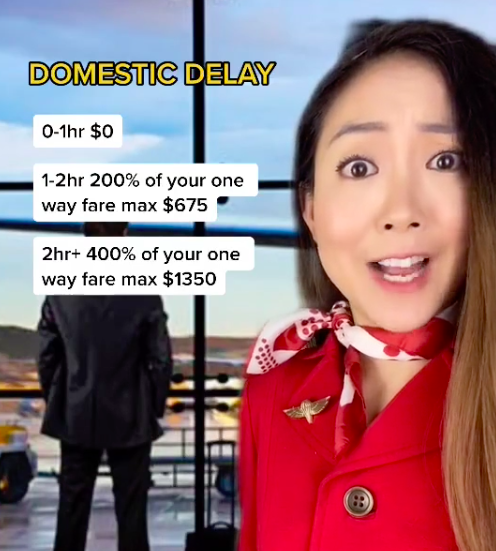 She added: "Go get that cash."

Known as jeenie.weenie on the social media platform, she worked as a member of the cabin crew for two and a half years, but left the industry ten years ago.

Despite posting videos of other job markets such as bankers and retail assistants, she gained millions of followers thanks to her cabin crew videos.

She said in an interview to In The Know that many of her stories and experiences are shared by other flight attendants who still work in the industry.

She added: "I’m forever pegged as that ‘cabin crew lady on TikTok,’ which I find hilarious because I haven’t been cabin crew for 10 years."

A TikTok user was also recently banned from an airline after he posted a "hack" on how to get free baggage while travelling.

Meanwhile, one woman went viral after she posted a video of herself laughing when a baby kept hitting her during a flight.

A chef in quarantine at a hotel went viral on TikTok after sharing how to cook gourmet meals in his room.