And the French, well, we know it’s us. As for romantic holiday destinations — the sun-drenched sands of Jamaica can definitely compete with the boulevards of Paris. No other place makes me feel like Jamaica.

I was back on my favourite Caribbean island, with my partner, for an all-inclusive beach break at Sandals South Coast.

With decades of experience in restaurants — including as maitre d’ on TV’s First Dates and my day job as General Manager at the London Hilton Park Lane’s Galvin at Windows resturant — the quality I look for in a resort is whether the staff really care or not, for what they do and for how they make you feel.

At Sandals, from the moment you step off the plane you already know the answer. It’s the only resort that has an outpost at the airport so you can’t get lost. 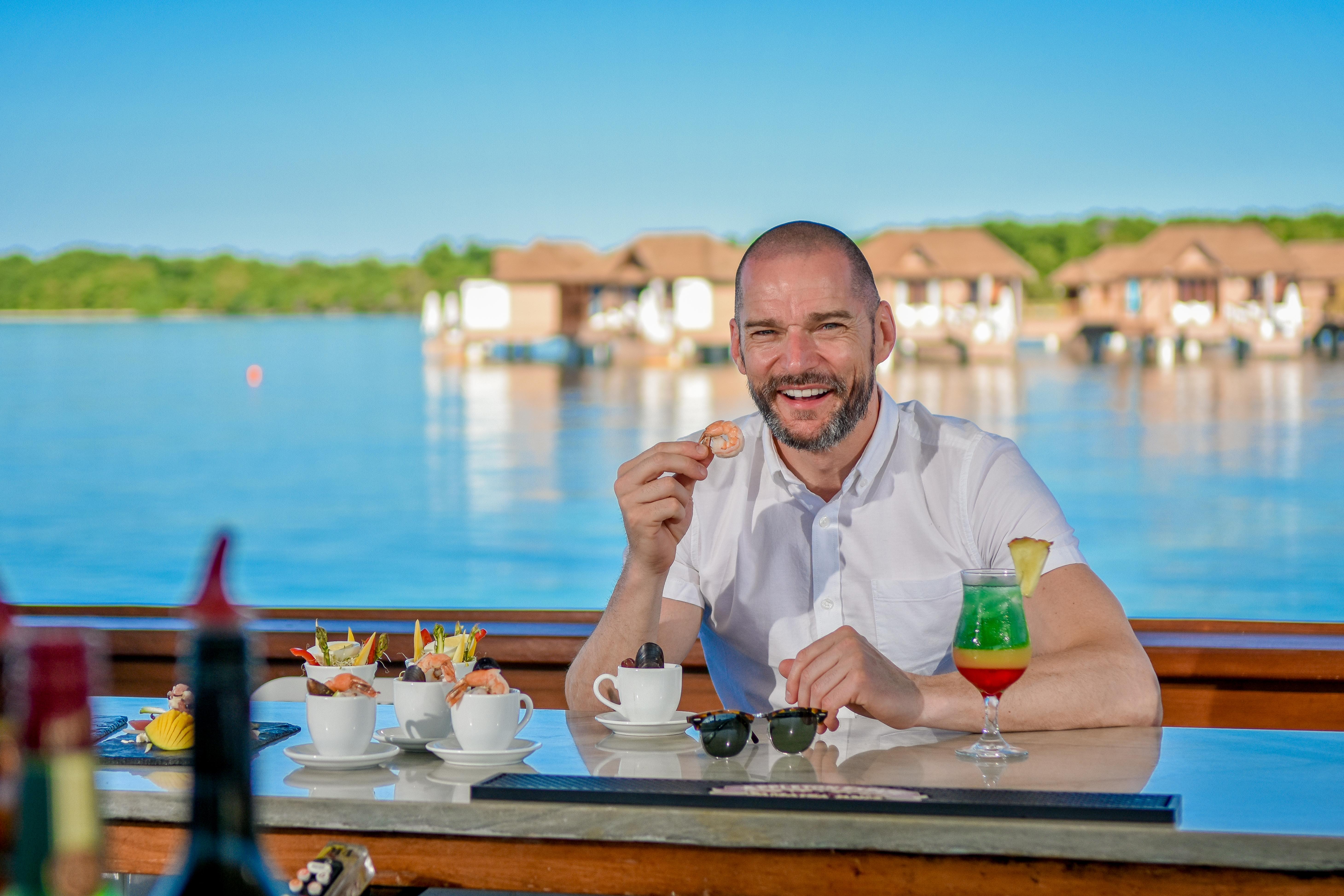 Travelling in style, we were taken care of by a lovely driver — with sushi, other snacks and, of course, Red Stripe in the car. We were straight in the island mood.

Sandals has a no-nonsense check-in where everything is taken care of in advance and you don’t have to go through lengthy procedures with your passport.

It’s so simple and seamless and we were taken straight to our room, an Italian Beachfront Club Level Walkout Junior Suite.

Wow, what a room! From the four-poster king-size bed, to the on-demand concierge service, it was all amazing. 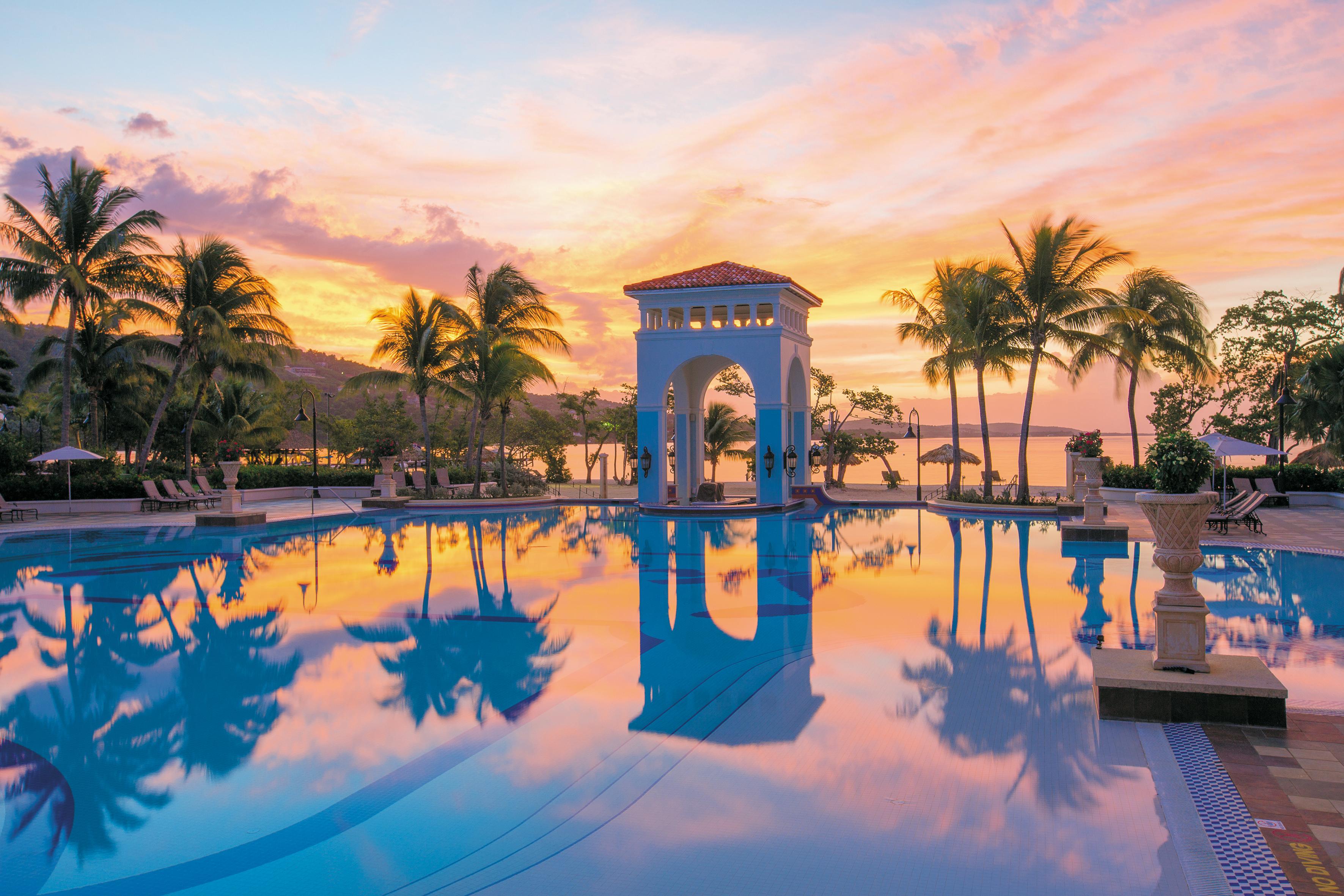 Best of all was the terrace, opposite the stunning south coast beach, where I enjoyed coffee in the morning and listened to the cicadas and tree frogs at night.

Remember those new-age, sound-of-the- sea recordings from the Nineties? It’s like this is where they was recorded.

I like to box and keep active on holiday and, after speaking to the resort’s general manager, I was told about a lovely path where you can jog through the jungle.

Jogging in the jungle is perfect because it’s so green and shaded that you can avoid the worst of the sun. 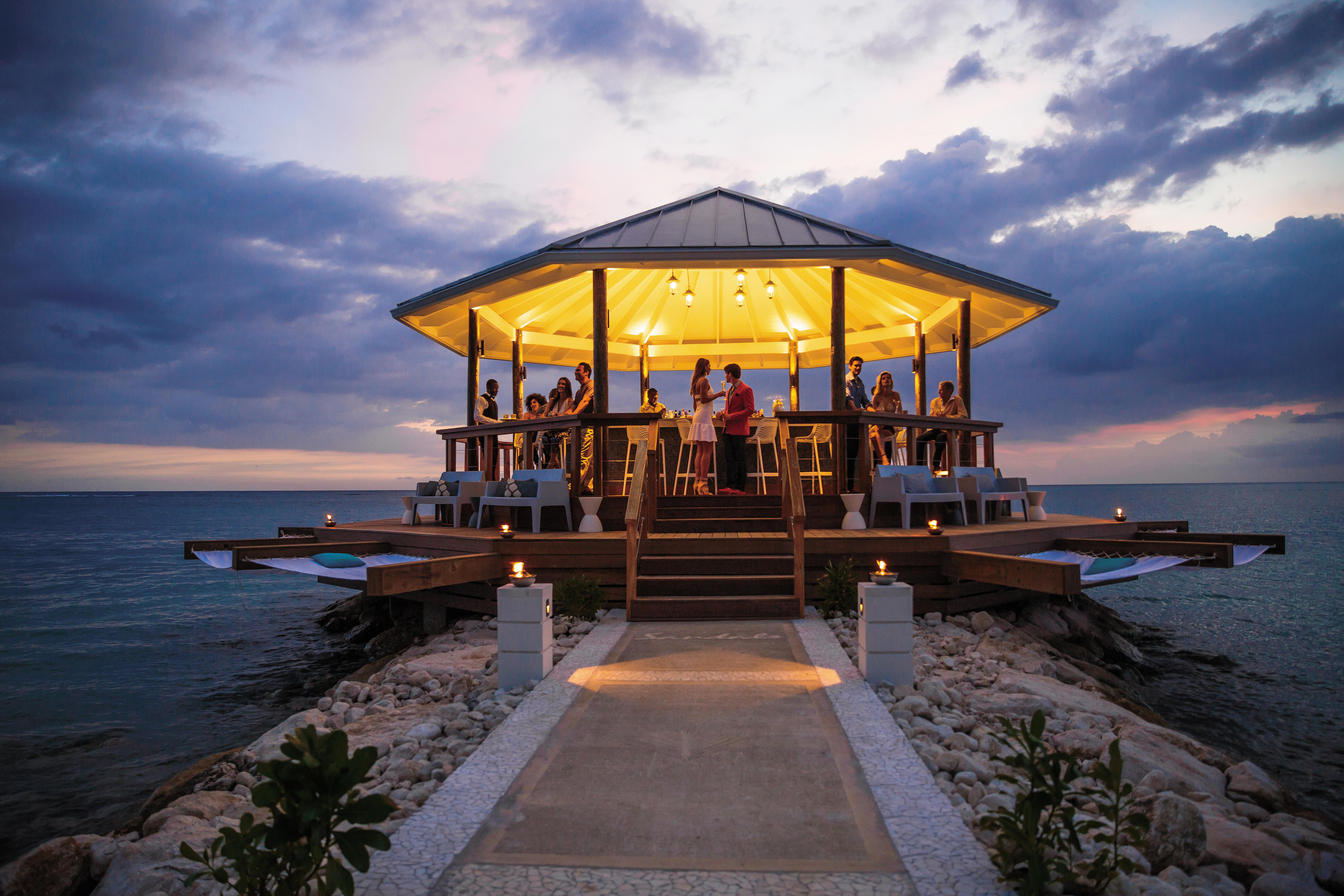 There is also an ocean of water sports included, from kayaks to tubing, sailboats to snorkelling — so much that it’s hard to know what to do first.

Shadow-boxing at 6am on the beach was just perfect. If you want, this holiday can be the best training camp you can get.

I went on a stand-up paddle board, swam and did some snorkelling — but I was so lazy, I couldn’t do anything else.

I did, though, have to try the signature Red Lane Spa. I’ve had a problem with my back for a while but, oh my God, the things that woman did to it. 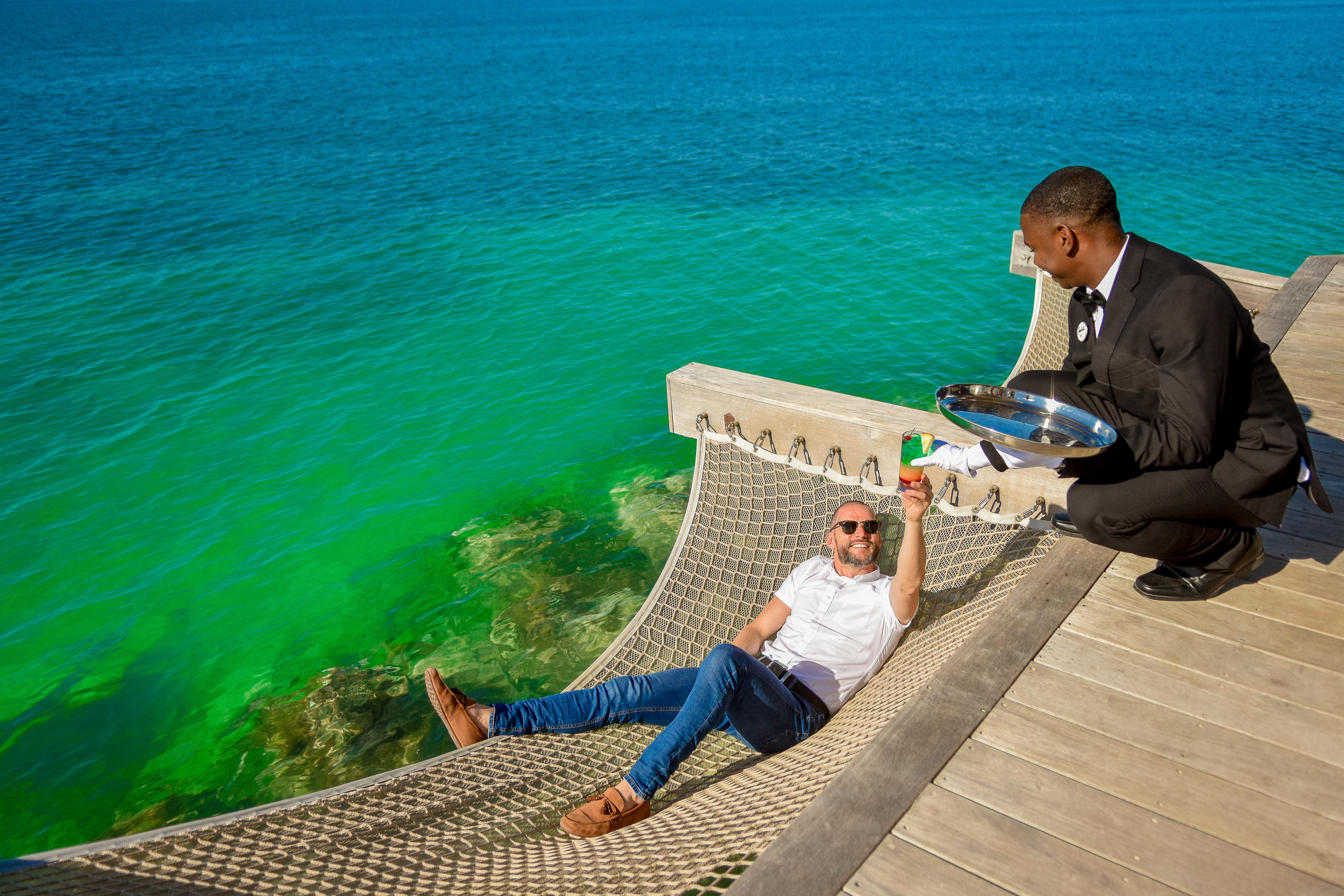 I didn’t tell her where I was in pain, she just followed the line of the muscle to find the nuts and bolts of where the injury was — and fixed it. It’s very rare to find someone who can speak to your back like she did. It was so good I had two.

With eight pools on site there’s no shortage of spaces to wallow and if you get peckish or fancy a drink, you’re spoilt for choice with nine restaurants and seven bars on site.

The food was some of the best I’ve had in Jamaica. And once again, the staff were great.

They come, they talk and then you don’t see them any more but they are there. 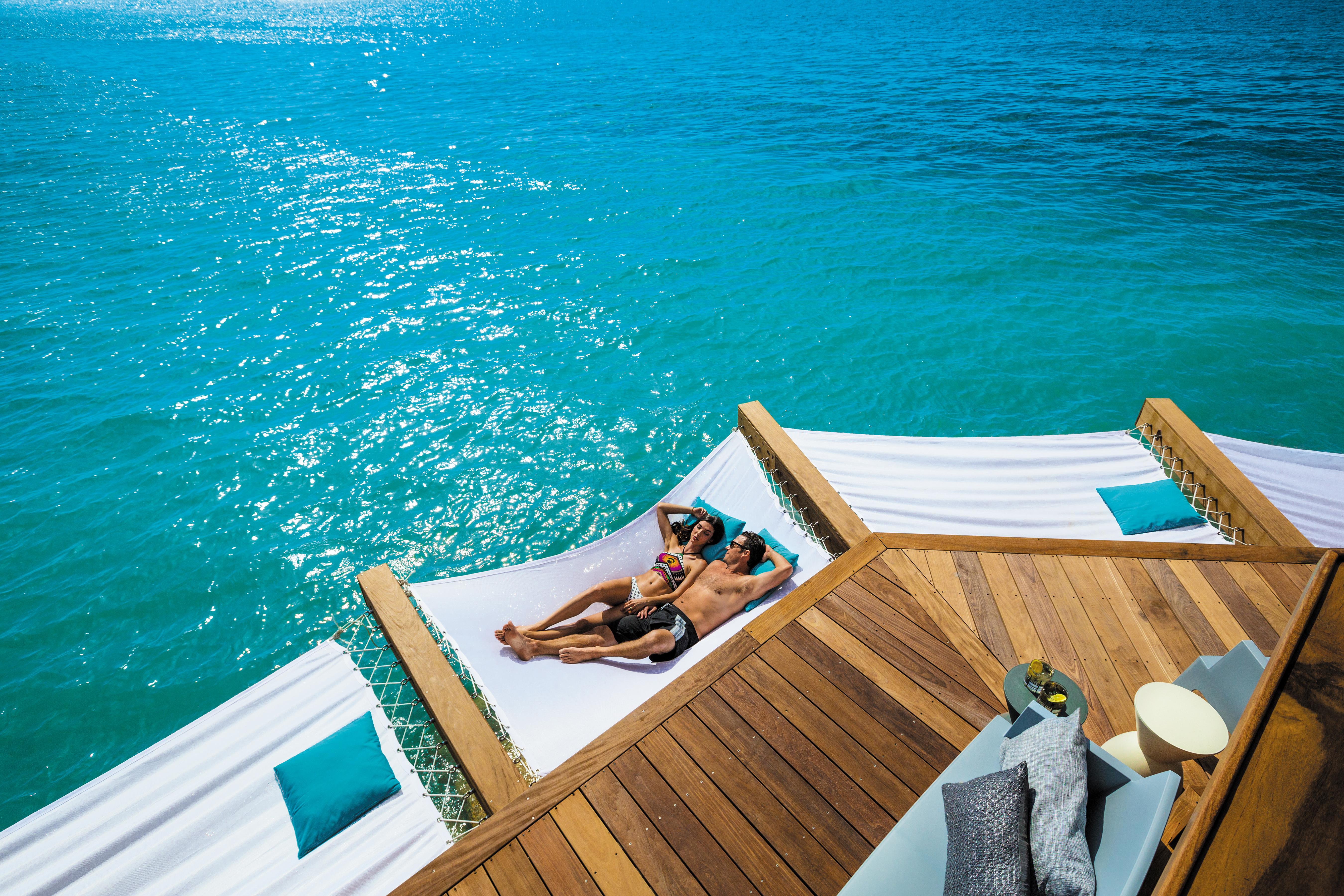 Your drink is there before you even order it because they’re so on point and so well trained.

The best thing, though, is how genuine they are about what they do. It’s a culture I wish I could bottle and bring to London. Any restaurant would want that on tap.

I like to eat like a local when I’m on holiday so we spent most evenings at Eleanor’s, tucking into chicken, ram stew, curried goat, all the specialities you can get.

For lunch I would visit The Jerk Shack for jerk chicken and pork.

I would have breakfast at Bayside where I tucked into my favourite, ackee and saltfish, a typical Jamaican dish — like coq au vin for the French. 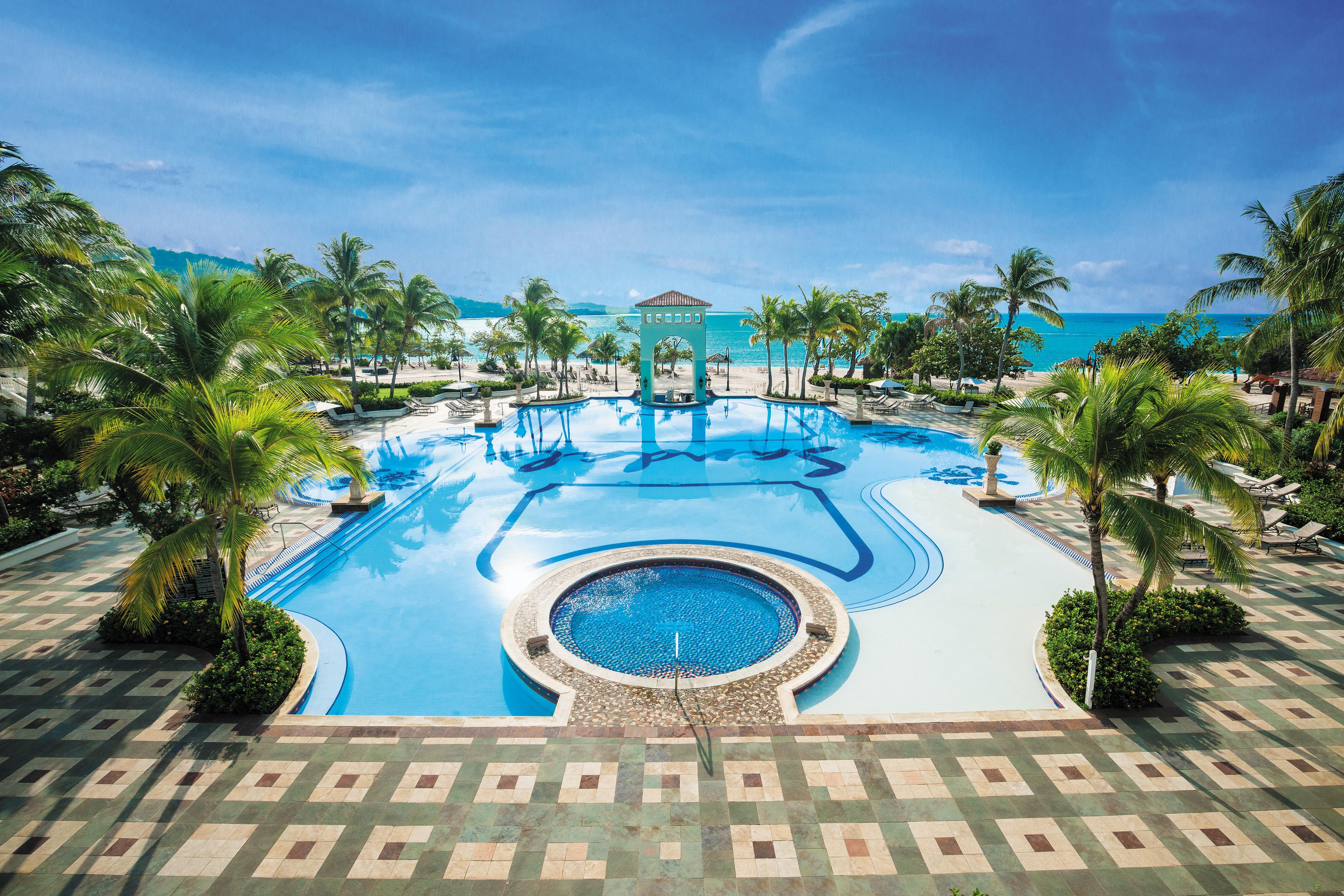 Even better was French patisserie Cafe de Paris — and that’s coming from a Frenchman.

The caramelised banana pastry was just unreal and the server couldn’t believe how many I was piling on my plate.

They were making pancakes, too. I’m not ashamed to say I had two banana ones with Nutella every day.

The resort was full when we were there but it’s so big. When you’re walking about, it’s like you’re alone — and so you can really spend time with your partner, you can talk, take time to relax, have a good time and be in the moment.

That’s what it’s about. Thinking about the present moment and enjoying that moment.

Honestly, if you visit Sandals and things don’t get romantic, there’s something wrong with you.

And with even the pastries as good as Paris, perhaps Jamaica really is best for lovers.