The man was spotted walking through Washington Dulles International Airport while dragging one of his daughters by the hood of her coat. 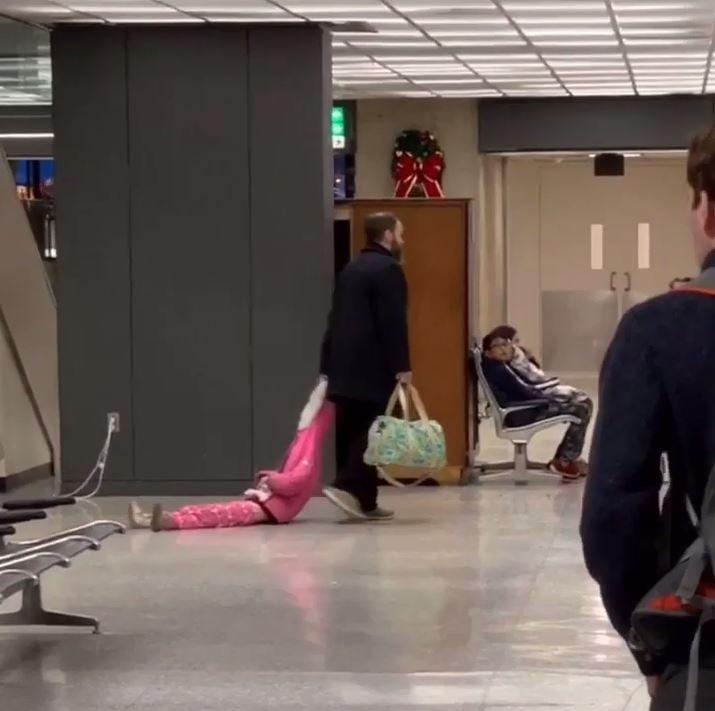 The video showed the man walking with a green holdall in one hand and his daughter, clad in pink, being dragged along the floor in his other hand.

He appeared unfazed by the situation as he continued to look straight ahead while walking around the airport.

The girl allowed herself to be dragged past the baggage carousel with her arms folded, without making any noise or commotion.

What appears to be his other daughter followed with her own bags and suitcase. 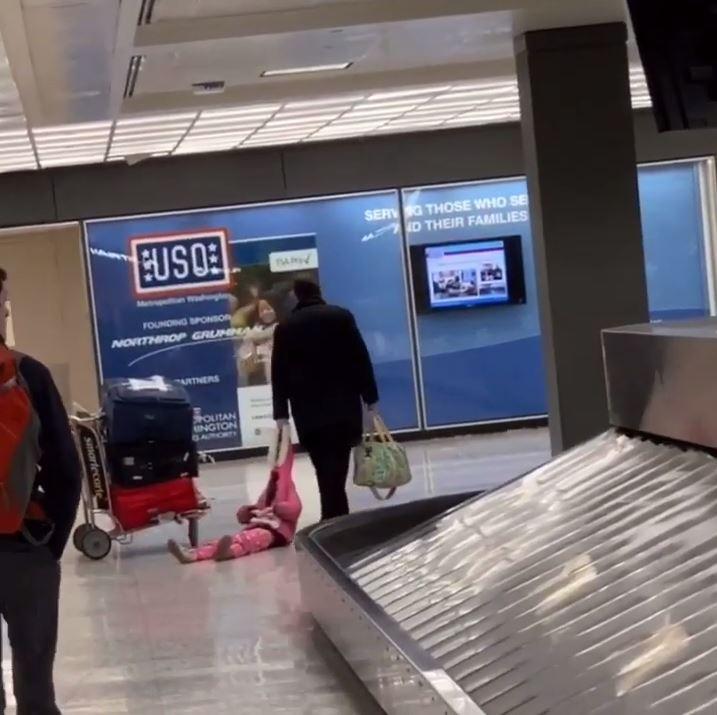 A passenger walking closely behind looked on at the situation in confusion while most travellers took no notice.

The person who recorded the footage said: "I was waiting at Dulles International Airport to pick up my girlfriend on New Year’s Day when I noticed this father literally dragging his daughter through the airport by the hood of her jacket.

"She wasn’t screaming or anything, just hanging out while another girl, presumably her sister, was walking 20 feet behind her out of embarrassment."

The clip was shared on Reddit, where it received more than 121,000 upvotes, with many users expressing that they had "been there" too.

User SpongeTheOC wrote: "There’s honestly nothing wrong with this. This level is an every day occurrence around here."

Another user, thatswiftboy added: "Another Dad here, can confirm that is a normal “Done with your sh*t” moment.

"My daughter is a toddler and has discovered tantrums. It’s been “fun”."

Desperate parents often do strange things to keep their kids entertained while travelling.

Recently, a dad was caught on camera trying to keep his child entertained while waiting at the airport.

The man was spotted trying to tire out his toddler before a flight by walking him up a downward escalator.