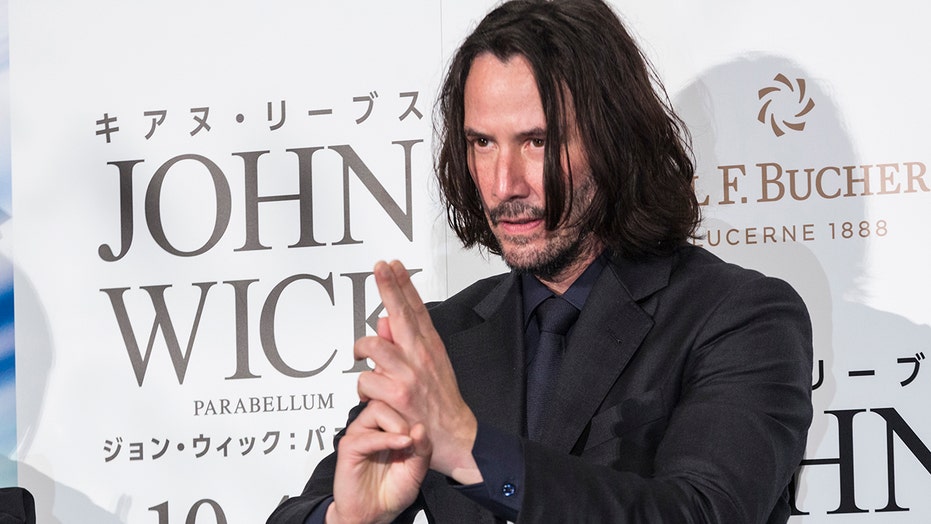 Contrary to what you might be thinking, the operators at Dubai’s new “John Wick” roller coaster won’t try to beat you to death with a library book before granting you safe passage to the ride.

Described as a “4D free spin coaster,” the new "John Wick: Open Contract" ride will transport guests to The Continental — an in-film hotel for the world’s best assassins — and send them “on a journey that simulates the epic action of the 'John Wick' world,” the press release states. 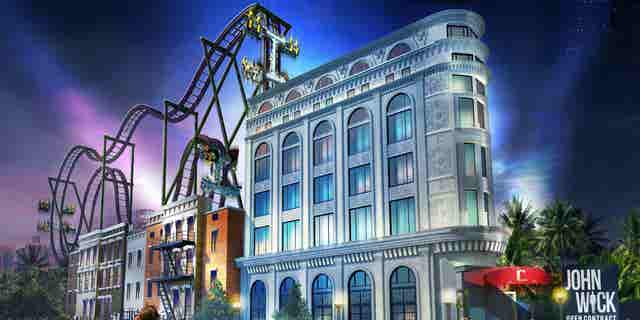 The ride will transport guests to The Continental — an in-film hotel for the world’s best assassins — and send them “on a journey that simulates the epic action of the ‘<a href="https://www.foxnews.com/travel/lionsgate-entertainment-city-to-bring-hunger-games-mad-men-themed-attractions-to-times-square" target="_blank">John Wick</a>’ world,”
(Motiongate Dubai)

Motiongate Dubai further confirms that riders will race down a 310-meter (1,000-foot) “4D track” that provides “both forward and backward, freestyle spins” and reaches speeds of 64 kilometers per hour (about 40 mph) yet the park makes no mention about whether guests should expect to be covered in blood, sweat or dog hair by the ride’s end.

Variety further reports that guests on the coaster will be presented with the option to help or hunt the John Wick character, with each option offering different experiences.

Another roller coaster, based on the Lionsgate film “Now You See Me,” is also opening in early 2021 within the park’s Lionsgate Zone. Motiongate adds that the ride — “Now You See Me: High Roller” — will become the world’s fastest “single-car spinning coaster” upon its debut. 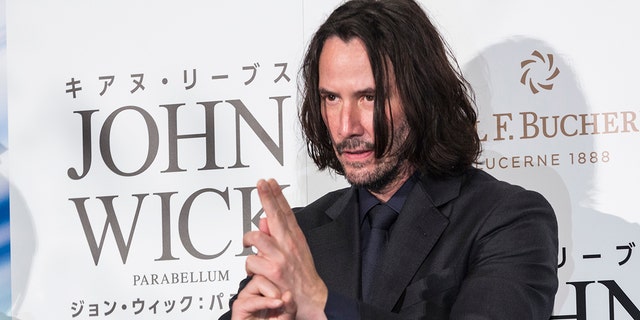 Keanu Reeves, the star of the "John Wick" film franchise, is seen at the third film’s premiere in Tokyo. A ride based on the movies is currently slated to open in Dubai in 2021.
(Yuichi Yamazaki/Getty Images)

"This exciting expansion makes the Lionsgate Zone at Motiongate Dubai the epicenter of immersive blockbuster thrills in the region," said Jenefer Brown, the executive vice president and head of Lionsgate Global Live, Interactive and Location Based Entertainment. "For the first time ever, it will offer fans the opportunity to experience the poetic action of 'John Wick' and masterful misdirection of 'Now You See Me' through exhilarating coaster experiences.”

At press time, it’s currently unknown whether rapper and actor Common, who had roles in both the “John Wick” and “Now You See Me” film franchises, will automatically be granted free entry to Lionsgate Zone for the rest of his natural life.