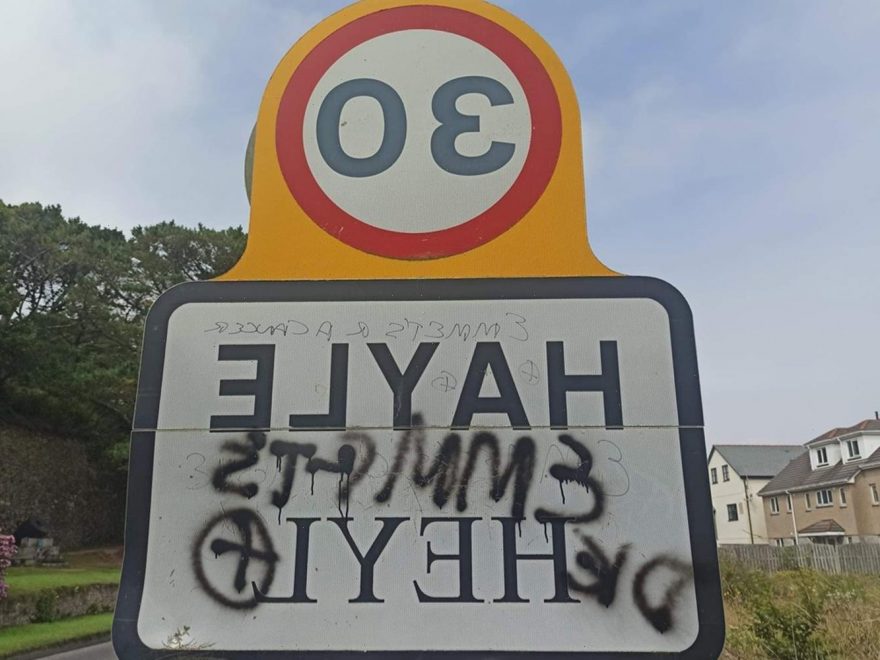 A TOURIST in Cornwall was left stunned after spotting grafitti telling visitors to "go die".

Locals have been left unhappy in recent weeks due to the surge in visitors to the area, lots of whom have been complaining. 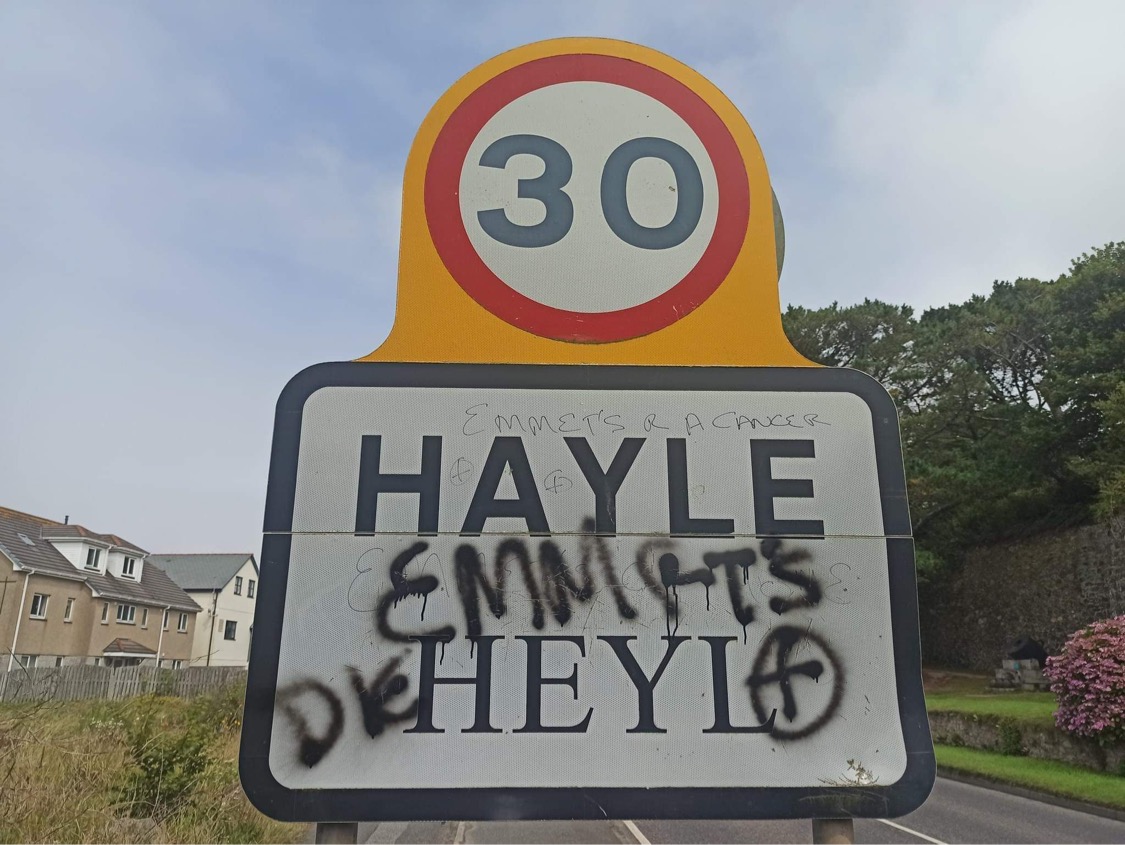 According to the BBC, Visit Cornwall has estimated that there are up to 210,000 Brits holidaying in the area – up from the usual 180,000.

This has led to complaints that Cornwall is "too busy and too expensive".

One family left their holiday early after saying there was too many people there, going as far as to say Newquay should have been on the travel ban list, while another tourist slammed the beaches for having too much seaweed.

This appears to have caused some anger in locals, with tourist Dean, who was visiting from Windsor, spotting the graffiti on a road sign in Hayle, near St Ives.

On the sign, it read "Die Emmets" – with Emmet meaning tourist in Cornish – along with "Emmets r a cancer".

He told ITV: "It’s not nice for us to see when we’re visiting and it’s definitely not nice for the people who live here to see this.

"It’s not just that, it’s unnecessary. Some of the local businesses down here depend on tourism, and without us they’ll struggle.

"When you see stuff like this, it does turn you off."

He added that he understood tourists can be rude and disrespectful, but that people "shouldn't live somewhere which is a tourist attraction" if they feel that strongly.

With the huge surge in visitors, other tourists have been complaining that they can't eat or drink anywhere in Cornwall.

One tourist was left unhappy after being told a nearby pub was booked up for the next two months.

The woman, who went by the name Kay M, complained on TripAdvisor that she was unable to book a table, and had to "scrape something together" at home instead.

Due to the influx in tourists – with many families reluctant to go abroad to due Covid travel restrictions – Visit Cornwall boss Malcom Bell said visitors are "not getting a good experience," adding:"Locals are frustrated and systems can't cope".

However, Mark Duddridge, chairman of the Cornwall and Isles of Scilly Local Enterprise Partnership (LEP) said they don't want to put people off visiting the region.

He said: "We mustn’t demonise tourism. The fact that so many people come to spend their time here in Cornwall gives us such a huge boost and puts us on the map.

“But we also know that if you get it wrong you will damage the offer, it will get too busy. We have to make sure we don’t damage it.” 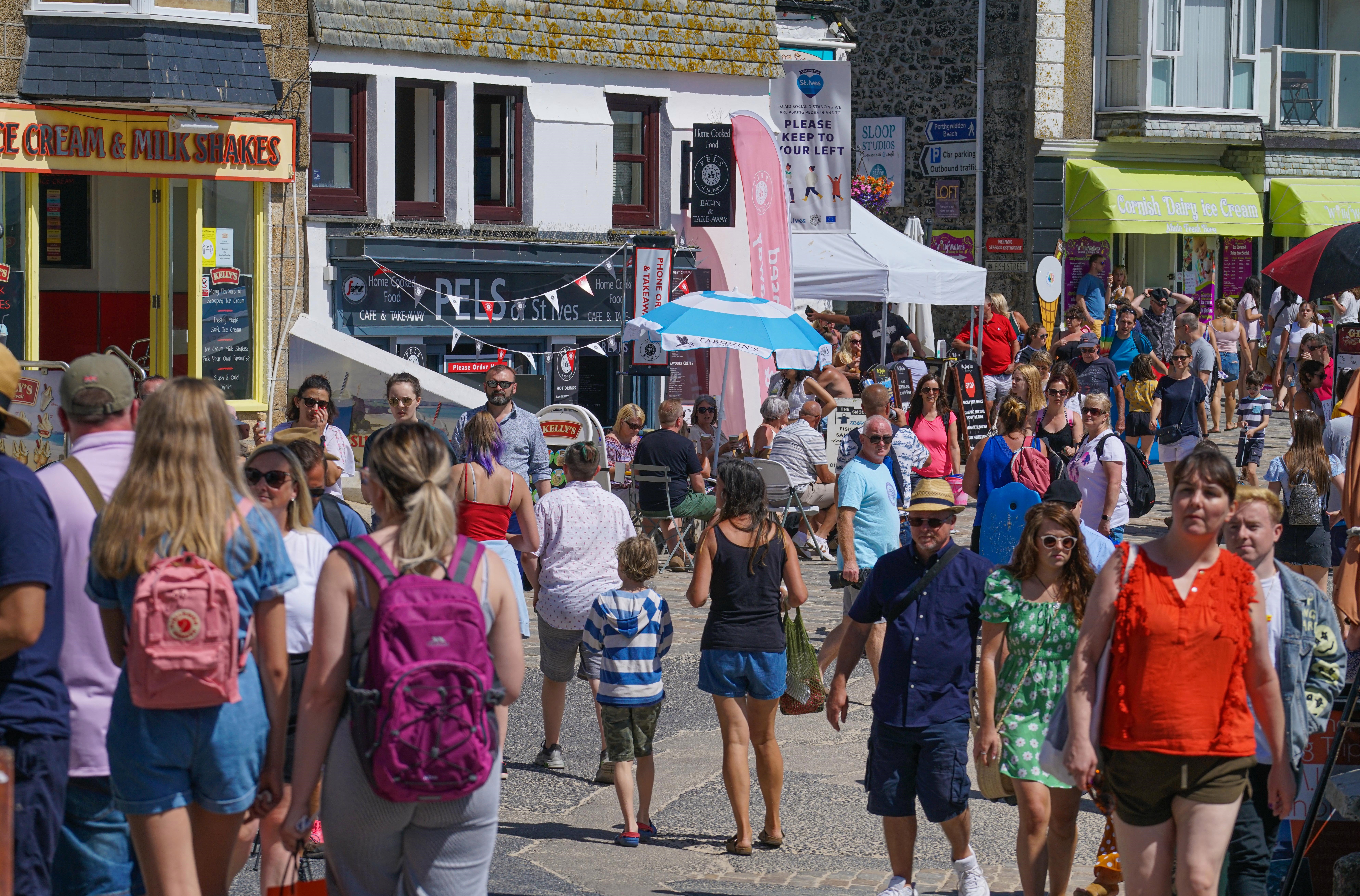